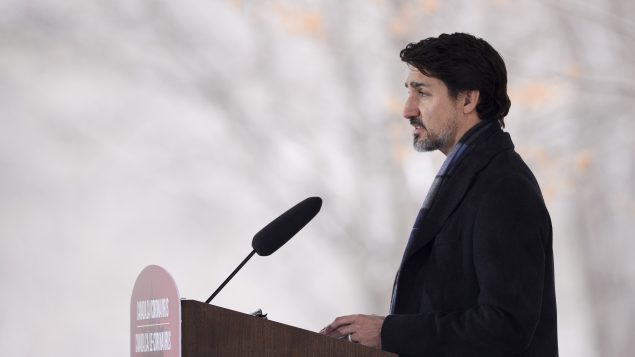 Stiff enforcement measures could be imposed in Canada if people continue to flaunt the advice of public health professionals, who’ve been urging Canadians to isolate themselves and stay home as much as possible, Prime Minister Justin Trudeau warned Monday in his sternest message so far.

The behaviour of those who fail to respect social distancing measures designed to slow the spread of COVID-19 in Canada and globally puts at risk not only these individuals but also their families, neighbours and health care professionals, said Trudeau, speaking from the porch of his home in Ottawa.

“We’ve all seen the pictures online of people who seem to think they’re invincible. Well, you’re not,” said Trudeau, who’s been working from home after his wife tested positive for COVID-19..

“Enough is enough. Go home and stay home. This is what we all need to be doing.

“And we’re going to make sure that this happens whether by educating people more on the risks or by enforcing the rules if that’s needed. Nothing that could help is off the table.”

There are now more than 1,550 confirmed cases, and at least 20 deaths, in Canada.

Every province and territory has now declared either a state of emergency or a public health emergency, but to date the federal government has not invoked the Emergencies Act, which would give it special powers to enforce quarantines and limit movement.

Trudeau said he will discuss the issue with provincial premiers but said none of the provinces have so far requested that Ottawa invoke the Emergencies Act.

Help for farmers and food producers 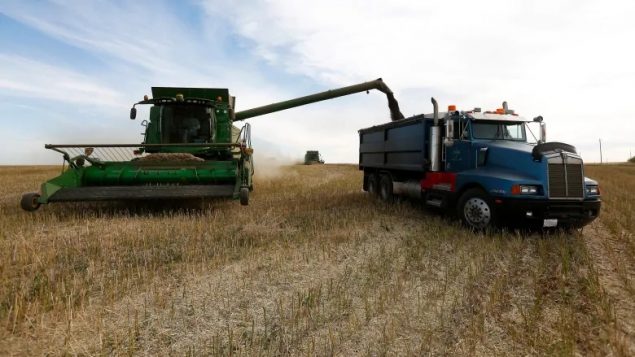 Farmers load canola into truck while harvesting on a farm near Beiseker, Alta., in this file photo. (Todd Korol/Reuters)

Trudeau also announced that the federal government is launching a $5-billion credit program to support farmers and agri-food businesses.

“Starting today, farmers and producers can apply to Farm Credit Canada for the support they need to keep food growing and get it on to our tables,” Trudeau said.

In addition, all eligible farmers who have an outstanding Advance Payments Program (APP) loan due on or before Apr. 30 will be given an additional six months to repay it, the federal government announced.

Efforts to find a vaccine and treatment 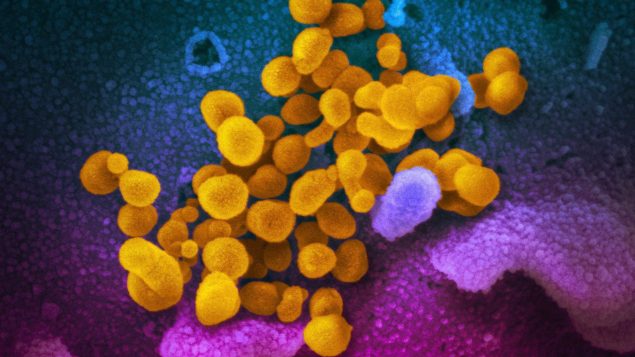 This undated electron microscope image made available by the U.S. National Institutes of Health in February 2020 shows the Novel Coronavirus SARS-CoV-2, yellow, emerging from the surface of cells, blue/pink, cultured in the lab. Also known as 2019-nCoV, the virus causes COVID-19. (The Canadian Press/AP-NIAID-RML via AP)

The funding, which is part of Ottawa’s $1-billion COVID-19 Response Fund, will be used to advance projects that are already underway by university researchers and others to respond to COVID-19, and ensure domestic supply of potential vaccines, Trudeau said.

“We’re investing in a long-term solution to COVID-19,” Trudeau said, noting that a vaccine will take months to develop and test. “Once there are promising options, Canada needs the capacity to mass produce treatments as quickly as possible.”

On Sunday Trudeau announced that the House of Commons will resume for a special hours-long sitting on Tuesday.

The House of Commons will discuss the $82 billion financial aid and economic stimulus package unveiled by the Trudeau government last week. The package includes $27 billion in direct supports and another $55 billion to help business liquidity through tax deferrals.

The minority Liberal government has been in discussions with opposition House leaders and whips to minimize the number of Members of Parliament (MP) recalled, while respecting the current proportion of party representation in the House.

A minimum of 20 MPs must be present in order for the House of Commons to exercise its powers, including passing legislation, the PMO said.