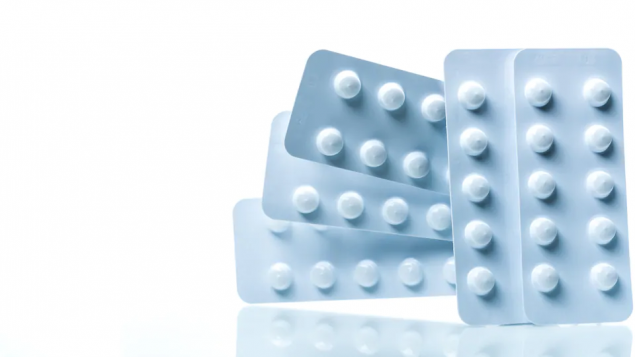 Colchicine will be explored by a Canadian research institute as a drug to reduce the often deadly lung inflammation of COVID-19. The anti-inflammatory is already in use, often in the treatment of gout. It’s one of several existing drugs that will be tested in trials around the world as part of the global effort to fight the COVID-19 pandemic (Getty Images-Stockphoto-Fahroni via Radio-Canada)

Laboratories and researchers around the world are desperately working to find a cure for this new and deadly virus. As of Monday morning, there were at least 350,000 known cases of infection world-wide with more than 15,000 deaths according to John Hopkins University tracking website, with both numbers increasing rapidly hour by hour. Over 100,000 people have already recovered from the virus.

A Canadian drug company says it has isolated a virus-like particle of the novel coronavirus, which it says is the first step in creating a vaccine. The Quebec City company, Medicago, says its product could begin pre-clinical trials within a couple of months, before going on to human trials. The “particle” looks like the virus from the outside but has no genetic materials inside. A researcher with the company says to the body’s immune system the particle looks the same as the virus and the body reacts to it.

The company was able to create its candidate vaccine quickly as it uses a plant-based platform to create protein as opposed to the more typical chicken embryos. Medicago is also collaborating with Laval University’s Infectious Disease Research Centre. The process of testing and approval, however, means even if successful, the vaccine would not be available this year.

Also in Canada, the Research Centre of the Montreal Heart Institute (MHI) is launching a major study of colchicine, an anti-inflammatory drug currently available. Colchicine targets the immune system and is often used in the treatment of gout.

Although not a cure, director of the MHI, Dr. Jean-Claude Tardif, thinks the drug could mitigate the inflammation of the lungs which prevents COVID-19 patients from breathing well. This can result in an ‘inflammatory storm” which can in turn lead to death.

The just launched study being called ‘colcorona’ is seeking some 6,000 candidates over age 40 who have tested positive for the novel coronavirus but are not in hospital.

For its part, the WHO is launching a global megatrial of four different treatments which might work against COVID-19.

The multi-national effort is being called Solidarity.

The trials will involve testing of drugs developed against HIV, Ebola, and malaria.

A similar European study called Discovery will be based in France. It will involve patients from France, Spain, the U.K., Sweden, Belgium, The Netherlands, and Luxembourg.

Remdesivir was developed to fight Ebola. Although ineffective against that disease it does target viral replication through a key viral enzyme and in lab and animal studies it did inhibit other coronaviruses that cause SARS and H1N1. Two very ill American patients were given the drug and their condition improved rapidly, although medical staff were quick to point out this does not prove the drug is safe or effective so far.

The anti-malarial drugs chloroquine and hydroxychloroquine will also be tested.

China said its tests with chloroquinine on 100 patients showed benefits, but back-up studies with evidence have not been made available. Other researchers express doubts after trials against two other virals, dengue and chikungunya, were inconclusive. A German expert on pulmonary infections said the doses that would be needed for effective treatment were far too high.

A French study on 20 COVID-19 patients using hydroxycholoquinine was said to significantly reduce viral load, but there has been criticism that the study did not follow scientific methods and that the drug can have several side-effects.

Ritonavir-Lopinavir is a combination drug used against HIV. These have shown benefits in animals infected with the MERS virus, but only showed ambiguous results in Wuhan, China, when tested on 199 COVID-19 patients. However, as those patients were severely ill, with more than 20 per cent dying, it may have been too late for the drug to have shown a proven beneficial effect.

This combination drug will also be tested along with interferon-beta. The latter is shown to have an effect on regulating inflammation in the body. There are also concerns about potential physical tissue damage if given to patients with severe COVID-19.
A global board will be set up to examine interim results so that at any time during the trials, drugs clearly showing no effect can be stopped. Other drugs such as the influenza drug favipiravir may also be added as the trials progress.