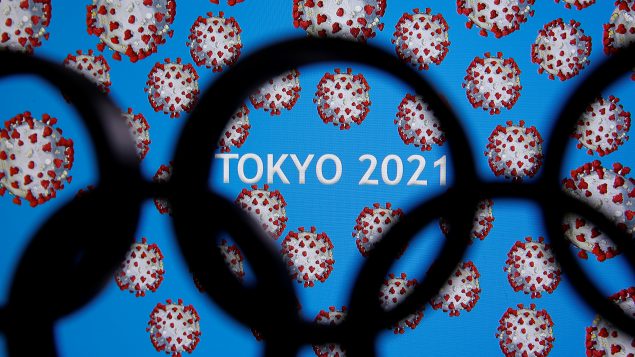 A 3D printed Olympics logo is seen in front of displayed "Tokyo 2021" words in this illustration taken March 24, 2020. (Dado Ruvic/REUTERS)

Canadian Olympians welcomed the decision by the International Olympic Committee to postpone the Tokyo Olympics until 2021 because of the rapidly spreading coronavirus pandemic.

The IOC made the decision on Tuesday after speaking with Japanese Prime Minister Shinzo Abe and local organizers.

The IOC said the games will be held “not later than summer 2021” but they will still be called the 2020 Tokyo Olympics.

“In the present circumstances and based on the information provided by the WHO today, the IOC President and the Prime Minister of Japan have concluded that the Games of the XXXII Olympiad in Tokyo must be rescheduled to a date beyond 2020 but not later than summer 2021, to safeguard the health of the athletes, everybody involved in the Olympic Games and the international community,” the IOC said in a statement. 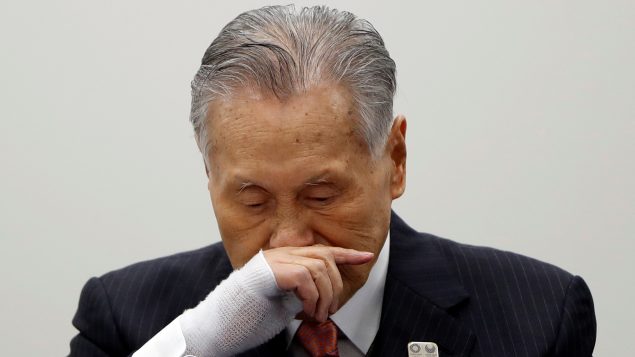 Yoshiro Mori, President of the Tokyo 2020 Olympic Games Organising Committee reacts as he attends a news conference after a telephone meeting with IOC President Thomas Bach (not in picture), while the spread of coronavirus disease (COVID-19) continues. In Tokyo, Japan, March 24, 2020. (Issei Kato/REUTERS)

In a joint statement issued on Tuesday, both Canadian Olympic committees thanked IOC President Thomas Bach, Prime Minister Abe and the Tokyo 2020 organizing committee for the decision, saying it “continues to show their commitment to safeguarding the health and safety of athletes and the world community.”

“With this postponement, the IOC has given Tokyo hopefuls worldwide the clarity they need about the immediate future, so we can all concentrate on our collective health and wellbeing and take all necessary steps to mitigate the spread of COVID-19,” the statement said.

Four-time Olympic gold medalist in women’s ice hockey, Hayley Wickenheiser, who had called on the IOC to postpone the Games, tweeted that she too was happy with the decision.

Wickenheiser said moving the Olympics to 2021 was the “best case scenario given the circumstances.”

“To all the athletes: take a breath, regroup, take care of yourself and your families. Your time will come,” Wickenheiser said.

Very happy to hear @Tokyo2020 moved to 2021. Best case scenario given the circumstances. The message athletes deserved to hear. To all the athletes: take a breath, regroup, take care of yourself and your families. Your time will come. #tokyo2021

“The unifying power of sport will bring everyone back together, once hugs, handshakes and high-fives are all okay again,” van Koeverden tweeted.

The TOKYO OLYMPICS will be held in 2021.

The unifying power of sport will bring everyone back together, once hugs, handshakes and high-fives are all okay again.