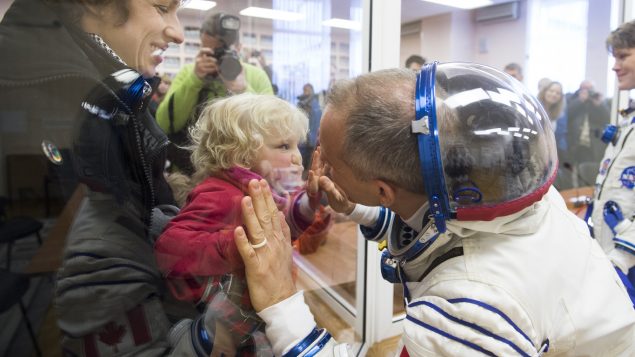 Launch of the Soyuz rocket carrying Expedition 58 crewmembers, on Dec. 3, 2018, at 6:31 a.m. from the Cosmodrome in Baikonur, Kazakhstan. Canadian astronaut David Saint-Jacques was a prime crew member for the mission. (Credit: NASA/Aubrey Gemignani)

Having spent 204 days orbiting the Earth aboard the International Space Station and several years in training to become an astronaut, David Saint-Jacques knows a thing or two about isolation, social distancing and being cooped up in a tiny space for months.

But these days the Canadian astronaut, his wife and his three children, like millions of people around the world, are confined to their suburban house near Houston, Texas, not far from NASA’s Johnson Space Center.

And like millions of people, Saint-Jacques, who recently returned from a trip to the U.K. and thus has to undergo a 14-day period of self-isolation, is working from home.

“We are under self-isolation as a family unit,” Saint-Jacques told Radio Canada International in a phone interview from Houston, where he has lived for over a decade.

“We spend a lot of time with the kids. And my wife is a public health physician, so you can imagine she’s fairly busy right now, coordinating other people’s work. These are interesting times, difficult times.” 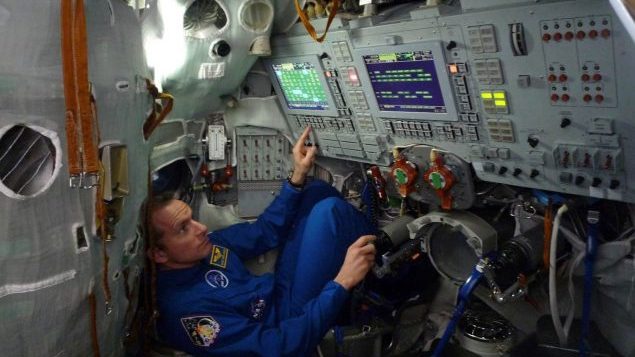 It’s a snug fit for David Saint-Jacques in the Soyuz simulator during a training session in Star City, Russia. (Credit: Canadian Space Agency)

However, it’s not the first time the Saint-Jacques family has had to live through isolation.

“We know the routine because of our experience during my three quarantines in Baikonour and all the time I spent in isolation while in space, there are a lot of parallels to be drawn,” Saint-Jacques says.

Through years of training as an engineer, astrophysicist, a medical doctor and an astronaut, Saint-Jacques has honed his skills in dealing with anxiety, isolation and uncertainty.

First, you need to get informed but don’t overdose on information, Saint-Jacques says.

“Just know there are risks out there,” Saint-Jacques says. “As you know, going to space is extremely dangerous. But we don’t allow that to petrify us. We just go about with our job. Once you have understood rationally the risk, then you move on, doing the best you can to protect yourself and protect others.”

Be sane about the risks, he says. 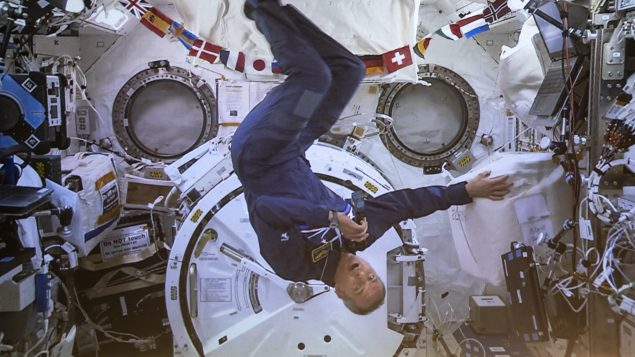 But maybe even more important is your attitude to daily life, Saint-Jacques says.

“It’s important to keep the big picture, like a global perspective of why you’re doing this. Never forget that,” Saint-Jacques says.

“When I was on the space station, sometimes, you know, it’s just difficult. But I would remind myself, looking out the window at this incredible view, why is it that I applied for this job anyway? Why are we doing this now? Why the isolation? Why all the severe restrictions?”

This big picture helps you to get into the right frame of mind, he says.

“On the space station there was some graffiti left by one of the early expeditions that kind of became our motto. And it said: ‘Nothing is more important than what you’re doing right now,’” Saint-Jacques says. “And I think that helps to kind of prevent your mind from wandering off to what you could be doing.” 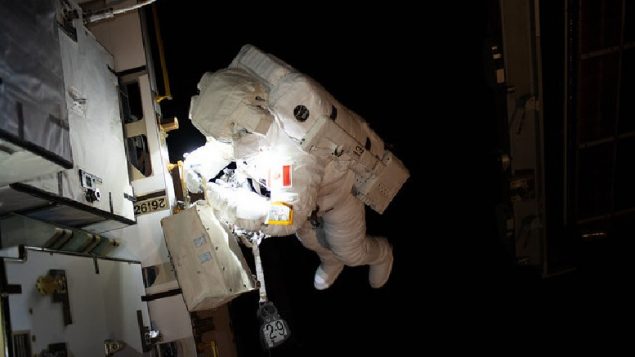 David Saint-Jacques is only the fourth Canadian to “walk” in space. (NASA)

On a practical level, you also need to maintain some kind of a routine, Saint-Jacques says.

But it requires work and won’t happen on its own, he warns.

“At the space station, you basically live in your office or you work in your home, depending on how you look at it,” Saint-Jacques says. “So we had to psychologically turn the office into a home and the home into an office at a set time. And we would make that decision as a crew. OK, now the workday is over. We are home.” 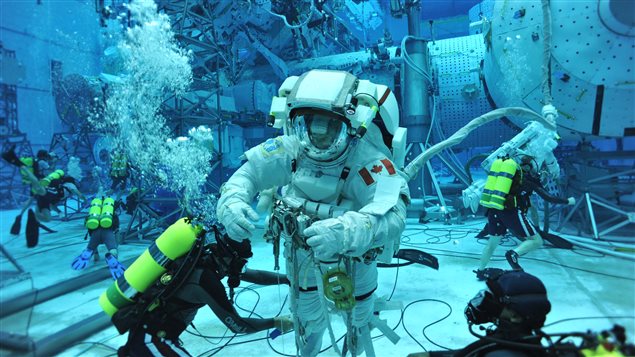 Just like at the space station, many people who work from home these days don’t have the luxury of setting aside a separate physical space for their home office, he says.

“That helps you stay sane,” he adds.

Focus on helping others

At the same time, altruism is another very important coping mechanism, Saint-Jacques says.

“Don’t focus on yourself. Stay in contact as much as you can, by any means you can with the outside world, your family, elderly parents and kind of treat yourself with taking care of others,” he says.

“Try to shift your mental focus to helping people around you. And, you know, you can kind of set the trend and then others will think of you and help you. And I think that is a very positive way to go about hard times when you focus on what you can do for others around you.”

Respect the need to be left alone

It’s also important to somehow create a little bubble for each person where they can retreat when they feel like they want to be alone, says Saint-Jacques.

“You have to respect that if someone needs to be alone, it’s very important that they be allowed to be alone,” Saint-Jacques says. “Even the most gregarious person needs some time on their own.”

Tensions and irritation could flare up even between people who love and respect each other and it is very important not to allow those feelings to linger too long, he adds.

“You just got to calmly talk about it, let the others know, kind of diffuse that as soon as you can,” Saint-Jacques says. “Sometimes you think it’s easier to just, you know, suck it up and brush it under the carpet. But ultimately, that can come back and bite you.”

It’s all about our ability to adjust, Saint-Jacques says.

“The human soul has this incredible capacity for adaptation,” Saint-Jacques says. “And collectively, we will pull through this. And I’m very proud of the way Canadians have reacted to this crisis.”