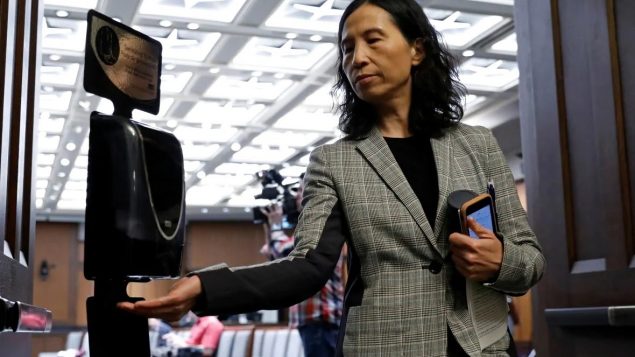 Canadians tempted to try drugs touted by U.S. President Donald Trump have received a pair of sharp warnings–lethal and verbal–against doing so in the past two days.

News reports from Nigeria said two persons died after they took an anti-malarial drug, chloroguine, in an attempt to self-medicate against COVID-19.

And authorities in Arizona reported that a man died and his wife fell critically.

The casualties came as Canadian medical professionals, including the country’s chief public health officer, warned against using the drug.

It came as Canada continues to participate in a rapid global test of multiple drugs that might be promising in the fight against the coronavirus.

Currently, there are no approved treatments.

Trump raised eyebrows last week when he touted chloroquine, and a close relation, hydroxchloroquine, as a possible treatment, saying they had been approved by the U.S. Food and Drug Administration, which they had not.

On Monday, Dr. Theresa Tam, Canada’s chief public health officer, added her name to medical professionals around the world who have warned against false hopes “My message is that you should not take medication without the scientific evidence,” Tam said. “It can be quite dangerous. These drugs are not without side-effects. In fact, there are quite significant side-effects.”

Health researchers say the only way to tell if a treatment really works is to randomly assign a large number of patients to either take it or a placebo, adding that some side-effects may not appear for years. 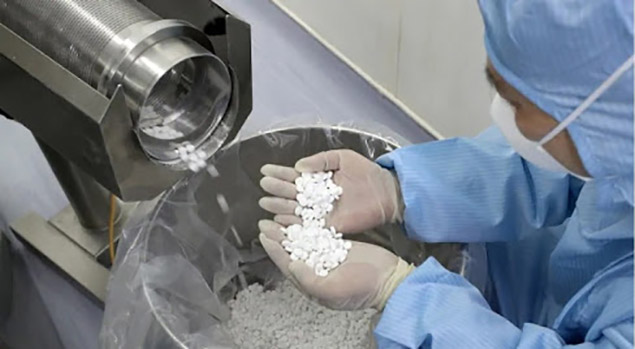 An employee checks the production of chloroquine phosphate at a pharmaceutical plant in east China’s Jiangsu province in February. The drug, which treats malaria, has shown some efficacy against COVID-19-associated pneumonia in early research, but more study is required, experts say. (Barcroft Media/Getty Images)

The World Health Organization (WHO) is running a research network called Solidarity that has identified a “vast suite of potential drug therapies and combinations” that could be repurposed to treat COVID-19.

Tam said part of Canada’s participation in the network includes making sure patients will receive drugs in the most scientific and safest way possible.
Pharmaceutical companies in Canada and worldwide are donating hydroxychloroquine to help medical researchers collect high-quality data on the safety and effectiveness of using the medication to treat COVID-19.