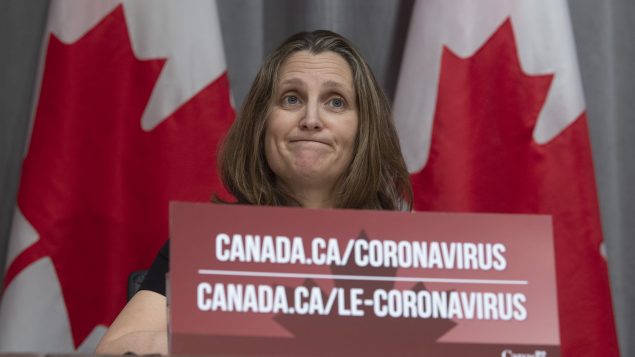 The Canadian government is “strongly opposed” to the idea of deploying the U.S. military along the border with Canada to intercept illegal migrants as part of Washington’s strategy to curb the spread of the coronavirus pandemic, Deputy Prime Minister Chrystia Freeland said Thursday.

“This is an entirely unnecessary step, which we would view as damaging to our relationship,” Freeland told reporters following the first public reports that White House officials are thinking about stationing soldiers near the Canadian border.

“Canada is strongly opposed to this U.S. proposal and we’ve made that opposition very, very clear to our American counterparts.

“At the end of the day, every country takes its own decisions but ours is an important and valued partnership and we are making clear Canada’s position.”

Citing an anonymous source, CBC News reported Thursday that the White House is looking at placing 1,000 troops about 25 kilometres from the 8,891 kilometre-long border and using remote sensors to look out for irregular border-crossers.

The source told CBC News that the U.S. hasn’t made a final decision.

Freeland, who is tasked by Prime Minister Justin Trudeau to oversee relations with Washington, said Canada became aware of the possibility of troop movements near the border “a couple of days ago.”

“We understand the concerns about the coronavirus. We share those concerns, very much,” Freeland said.

“What we have said is, ‘We really do not believe at all that there would be a public health justification for you to take this action. Of course, it’s up to you to decide for yourselves.’ And we’ve said we really don’t think this is the right way to treat a trusted friend and military ally.” 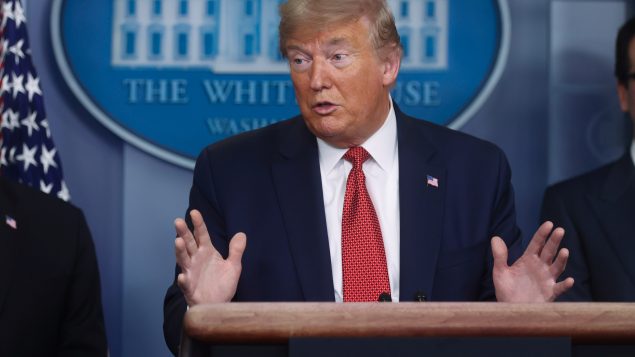 “The Administration is considering every option to help slow the spread of the virus, minimize health threats entering the country, and protect Americans while ensuring essential travel for workers, movement of goods, and security of supply chains are not impeded,” the U.S. official said.

“Protecting our border is a national security priority and without proper precautions, which can only happen through orderly, lawful entry at the borders, the virus could pose greater risk to migrants, travelers, law enforcement personnel, health care professionals, and all Americans.” 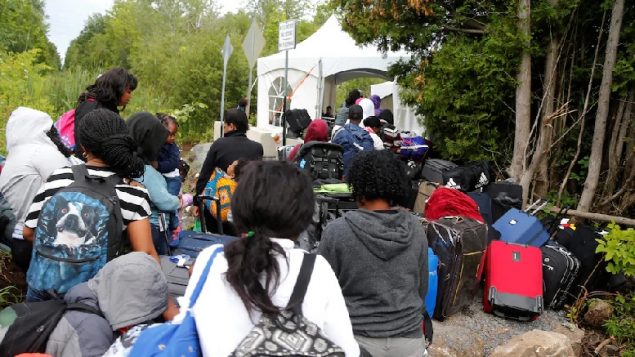 A group of refugee claimants wait to cross at a control point which is not an official entry into Canada. (Christinne Muschi/REUTERS)

Canada and the U.S. announced a reciprocal arrangement on Monday that will allow both countries to return irregular migrants that attempt to cross anywhere at the Canada-U.S. border.

Canada and the U.S. have also agreed to limit all non-essential travel between the two countries to stop the spread of COVID-19.

In his daily news conference on Thursday morning, Trudeau said the unprotected border has benefited both countries for decades.

“Canada and the U.S. have the longest unmilitarized border in the world. It is very much in both of our interests for it to remain that way,” he said.

“It’s benefited our two countries, our two economies, tremendously. We feel that it needs to remain that way.”