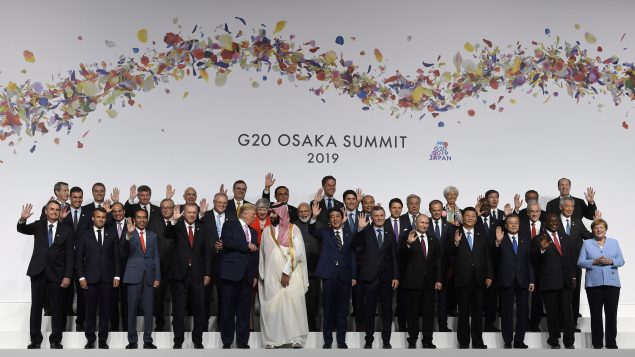 FILE - In this June 28, 2019 file photo, U.S. President Donald Trump talks with Saudi Arabia's Crown Prince Mohammed bin Salman during a group photo at the G-20 summit in Osaka, Japan. The Thursday, March 26, 2020 virtual meeting of the Group of 20 nations, with more than a dozen heads of state participating, was less a global summit and more of a high-powered conference call. It lasted about 90 minutes - the same as a standard soccer match - instead of the usual, more languid two days. (Susan Walsh/AP Photo)

G20 to do ‘whatever it takes’ to combat coronavirus, says Trudeau

The Group of 20 major economies have agreed to do “whatever it takes” to overcome the coronavirus crisis, Prime Minister Justin Trudeau said Thursday.

Saudi Arabia, the current G20 chair, called the summit amid earlier criticism of the group’s slow response to the disease that has infected more than 511,000 people worldwide, killed more than 23,000, and is expected to trigger a global recession. 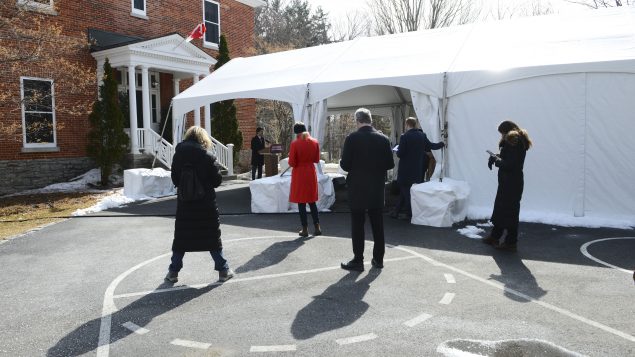 Speaking at his regular press briefing from the porch of his home at Rideau Cottage in Ottawa, Trudeau said the 90-minute conference of world leaders covered a wide range of subjects.

“We talked about the need for a coordinated global response, that is something that the G20 is particularly well-suited to move forward on and we need to make sure that we’re continuing to exchange information and align in the actions we take,” Trudeau said.

The G20 leaders also talked about the need to flatten the global curve, Trudeau added.

“Which means beyond just individual countries doing what’s necessary for themselves, we need to work together to have an impact that goes beyond our borders,” Trudeau said. 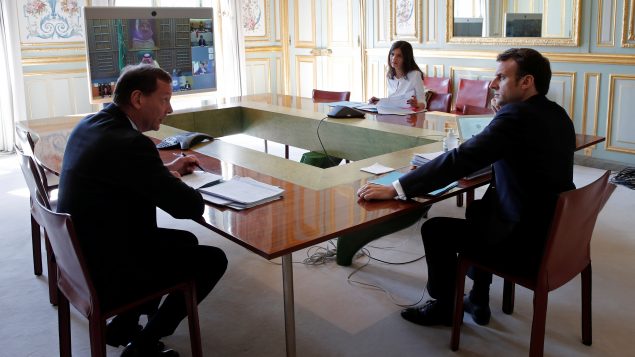 The leaders also talked about the need for global economic support, Trudeau said.

The communique released by the leaders announced that the G20 countries are injecting $5 trillion into the global economy through national measures as part of their efforts to lessen the economic impact of the COVID-19 outbreak.

The G20 represents 85 per cent of the global GDP, Trudeau said.

“We know that we have the capacity to stave off [recession] and to positively impact the economy at this time of significant stress and so we pledged to work together,” Trudeau said. 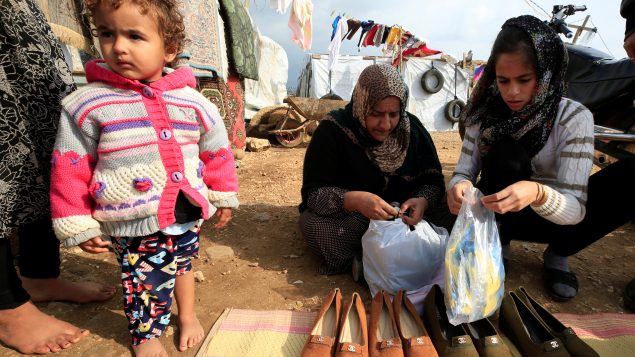 A Syrian refugee woman holds a bag of gloves, due to coronavirus spread, in al-Wazzani area in southern Lebanon, March 14, 2020. United Nations chief Antonio Guterres said the international community must to everything it can “to prevent COVID-19 from wreaking havoc in places with limited health care capacity and resilience.”
(Ali Hashisho /REUTERS)

The G20 countries also pledged to help vulnerable countries that don’t have either the science or the health systems to be able to keep their populations safe, including through investments through world global organizations such as the UN, the World Health Organization and the World Bank, Trudeau said.

“We also specifically talked about the challenges facing Africa and how we will be there to support Africa as they face this pandemic as well,” Trudeau said.

Canada will be participating in international efforts to fight COVID-19, Trudeau reiterated.

“We know that support for vulnerable countries who are struggling with the ability to combat this virus is not just about being altruistic, it’s about protecting Canadians as well,” Trudeau said.

“This virus will possibly face resurgences, even once we handle that in Canada and in many countries. Our ability to minimize those resurgences will be linked to help and work with the countries in more dire situations.” 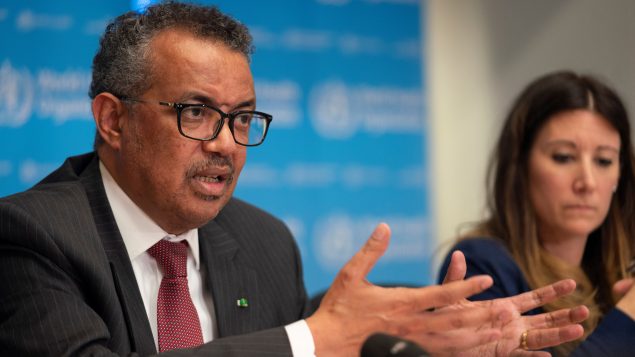 Director-General of World Health Organization (WHO) Tedros Adhanom Ghebreyesus attends a news conference on the outbreak of COVID-19 in Geneva, Switzerland, March 16, 2020. (Christopher Black/WHO/Handout via REUTERS)

World Health Organization director-general Tedros Adhanom Ghebreyesus was to address the G20 to seek support for ramping up funding and production of personal protection equipment for health workers amid a global shortage.

“We have a global responsibility as humanity and especially those countries like the G20,” Tedros told a news conference in Geneva on Wednesday. “They should be able to support countries all over the world.”

The WHO and national and local public health agencies must be given the resources they need to fight the pandemic, Trudeau said.

“It means working together to develop a vaccine, identify treatments and increase testing,” Trudeau said. “We’re also expanding manufacturing capacity for critical medical and equipment and working to keep the supply chains moving to get that equipment to the people who need it.”

Trudeau defended the federal government’s decision to ship 16 tons of medical equipment and supplies to China in February as it was struggling to contain the epidemic that originated in the central city of Wuhan and then spread to the rest of the world.

“At the same time I can assure everyone that federal stockpiles had been sufficient to meet the needs of the provinces until this point and in the coming days we will be receiving millions more items that are necessary right across the country, at the same time as our business, companies and manufacturers are tooling up production to make sure that we have enough, not just for Canadians for friends and allies around the world, who need them.”

A summit amid global frictions 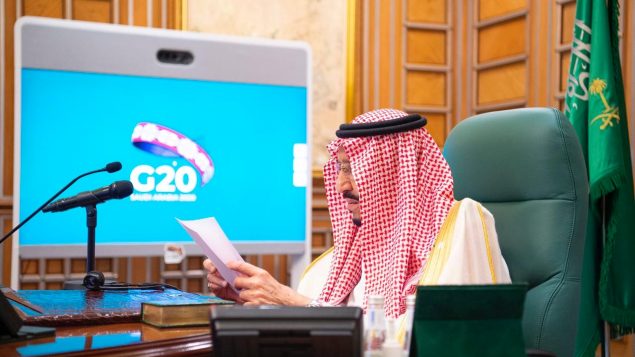 Despite calls for cooperation, the G20 risks entanglement in an oil price war between Saudi Arabia and Russia and frictions between the United States and China over the origin of the coronavirus outbreak.

Former Canadian diplomat Colin Robertson said it was important that despite their differences the G20 leaders were able to put out a joint communique even if it didn’t give an immediate sense of action by the leaders themselves.

“If you read it, you’ll see that they have essentially delegated to ministers of health, ministers of finance, foreign ministers and other ministers to report back to them and endorsed the work of the World Health Organization and the International Monetary Fund, the World Bank,” said Robertson, who is vice president and Fellow at the Canadian Global Affairs Institute think tank.