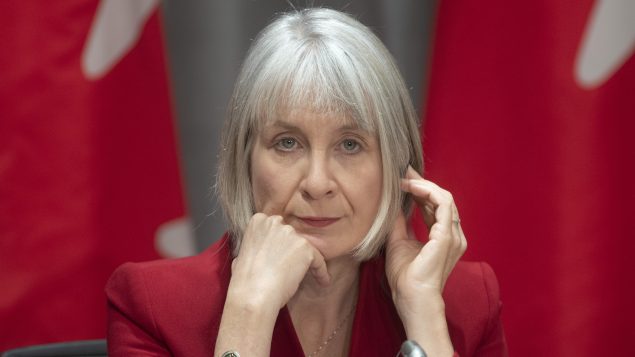 Canada “likely did not have enough” personal protective equipment in the national strategic stockpile as the COVID-19 pandemic swept through the world and reached Canada’s shores in January, federal Health Minister Patty Hajdu said Wednesday.

“I would say that, obviously, governments all across the world are in the same exact situation,” Hajdu said.

Canada’s National Emergency Strategic Stockpile (NESS) is supposed to contain enough supplies to help out provinces and territories when they run out of resources during emergencies, such as infectious disease outbreaks or natural disasters.

Hajdu’s statement comes as Prime Minister Justin Trudeau admitted on Wednesday that no one can guarantee that the federal emergency strategic stockpiles would be sufficient to cover the ever growing need for masks, ventilators and other supplies.

As recently as last week, Trudeau said he could “assure everyone that the federal stockpiles have been sufficient to meet the needs of the provinces until this point.” 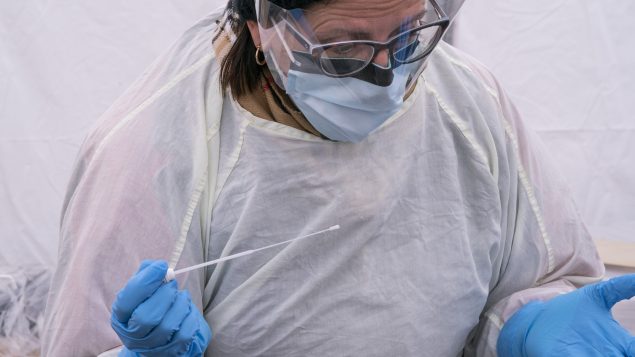 A nurse holds a swab to test a patient at a drive-through clinic at Ste-Justine Children Hospital in Montreal, on Wednesday, April 1, 2020. The Quebec government has expressed concerns for the diminishing supplies of personal protective equipment. (Paul Chiasson/THE CANADIAN PRESS)

The situation is particularly dire in Quebec which has 4,611 confirmed cases of COVID-19, including 317 hospitalizations and 82 people in intensive care.

On Tuesday, Quebec Premier François Legault said the province could run out of masks in about a week. Provincial Health Minister Danielle McCann said that supplies of masks are so low, health-care workers in Quebec have been asked to disinfect and re-use their masks as needed.

The Ontario Hospital Association said Wednesday it too was “extremely concerned that many Ontario hospitals are running low on personal protective equipment (PPE), particularly masks.”

“While the OHA understands there is unprecedented global demand and supply chain disruption, Ontario hospitals are now at a critical juncture,” OHA president and CEO Anthony Dale said in a statement.

“Many hospitals are running low on supply of PPE, particularly masks. On behalf of Ontario hospitals, the OHA calls on both levels of government to clearly and specifically inform hospitals on when new PPE supplies will be delivered to individual organizations.”

The federal government also has ordered close to 1,570 ventilators and more than a million COVID-19 test kits.

And Ottawa is working to secure an additional 4,000 ventilators, Anand said.

However, with no domestic production capability for N95 masks, it could be weeks or even months until Canada begins producing its own masks.

And that is forcing Ottawa to compete with other countries for the limited supply of protective equipment on international markets.

“We are working I would say 24 hours, around the clock, trying to procure equipment in a global situation where equipment is extremely tight,” Hajdu said.