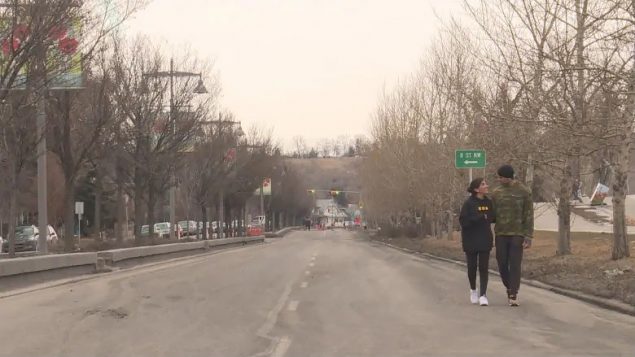 A couple strolls down a portion of Calgary's Memorial Drive, a popular spot for walkers and joggers along the Bow River, which has been closed to traffic to give people space to physically distance themselves.Satellite images show some forms of air pollution are dropping across Canada as a result of measures being taken to fight the COVID-19 pandemic. (Helen Pike/CBC)

Satellite images from across Canada shared with CBC News indicate that public health measures to combat COVID-19 have led to a noticeable reduction in air pollution in at least four major cities–Toronto, Edmonton, Calgary and Vancouver.

All are known for their traffic congestion, but as vehicle traffic has dropped as a result of measures taken to fight the pandemic, so have the average levels of nitrogen dioxide (NO2)–a pollutant created by the burning of fossil fuels, such as gasoline.

“It seems pretty clear to us that things are slowing down in cities because of the outbreak,” Tim Wallace, of Descartes Labs, told the CBC’s David Thurston.“

High concentrations of NO2 can irritate the lungs, leading to coughing, wheezing and difficulty breathing.

The U.S. Environmental Protection Agency, Thurton reports, has linked prolonged exposure to the development of asthma and other illnesses.

The findings come as countries around the world report a drop in pollution but also as a University of British Columbia study warns that it is more important than ever not to let down our collective guard in the fight make the air around us cleaner. 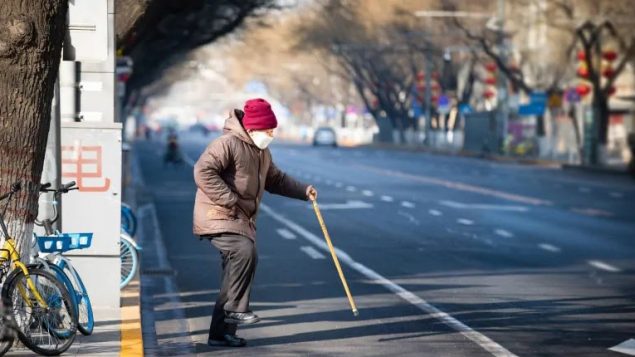 A woman crosses a main street in the center of Beijing. As streets in Canada and around th world empty, the levels of  nitrogen dioxide (NO2)–a pollutant created by the burning of fossil fuels, such as gasoline–is also dropping. (Saša Petricic/CBC)

Noting that NO2 should not be confused with greenhouse gases, Michael Brauer, a professor in the School of Population and Public Health at UBC, told Thurton, there is a relationship between levels of NO2 and carbon dioxide emissions — the gas most associated with climate change–NO2 because it and carbon dioxide (CO2) are both produced when fossil  fuels are burned,

“These are striking reminders of the impacts of the way that we are living now and our striking use of fossil fuels,” Brauer told Thurton.

Thurton writes that Ryan Katz-Rosene, president of the Environmental Studies Association of Canada, told him that the world should see a decline in greenhouse gas emissions as a result of this pandemic.

Policymakers, Thurton reports Katz-Rosene saying, “should use this time to consider how post-pandemic stimulus and recovery money could be directed at creating jobs in clean tech, encouraging companies to use less carbon-intensive technology and building greener transportation networks.”

With files from David Thurton of CBC News