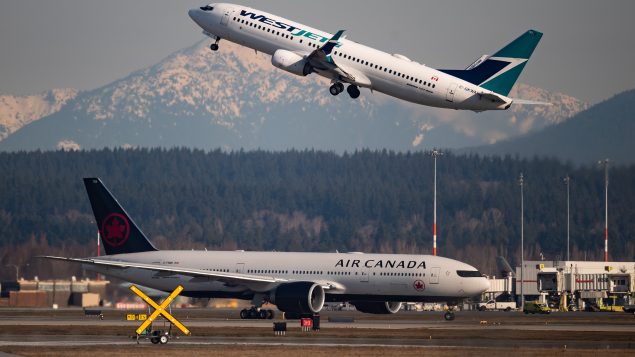 An Air Canada flight departing for Toronto, bottom, taxis to a runway as a Westjet flight bound for Palm Springs takes off at Vancouver International Airport, in Richmond, B.C., on Friday, March 20, 2020. (Darryl Dyck/THE CANADIAN PRESS)

The federal government continues to work around the clock to bring tens of thousands of stranded Canadians home in what is being billed as the largest repatriation effort in Canadian history amid the growing COVID-19 global pandemic, officials say.

But the task of bringing Canadians home is becoming increasingly difficult as international airlines are forced to cancel flights and lay off staff due to widespread domestic and international travel restrictions enacted by governments around the world to stop the spread of COVID-19.

WestJet is on board to bring Canadians home from Trinidad and Tobago and Cuba, officials said.

She urged Canadian travellers to register with the Registration of Canadians Abroad service to get the latest updates on the situation.

A message has been sent to Canadians registered in Peru about how to access planned commercial flights from Peru in the coming days, Harvey added.

The task is complicated by the fact that after declaring a state of emergency on March 15, Peru announced it would shut down its border for at least 15 days starting on March 16. The measure includes the cancellation of all commercial international flights into the country.

“We would like to remind Canadians that we have set up an Emergency Loan Program providing up to $5,000 to help those Canadians stuck abroad due to the pandemic,” Harvey said.

To date, a total of 5,068 Canadians are currently registered in Peru with the Registration of Canadians Abroad Service, according to the federal government. And 388,072 Canadians have registered worldwide.

However, since registration with the service is voluntary, this is not a complete picture of Canadians outside the country, nor an indication of the number of Canadians abroad who wish to stay or leave, federal officials say.

The Canadian government is also working to repatriate some of the nearly 30,000 Canadians passport-holders stranded in India.

There are 28,364 Canadians registered in India with the federal government’s Canadians Abroad Service.

Flights from Mumbai and New Delhi operating through the Star Alliance network have now been planned for Apr. 4, 5, 6 and 7, Harvey said.

“We continue to work with local authorities in India to coordinate transportation to help Canadians travel to New Delhi or Mumbai to catch their flight,” Harvey said.

Some Canadians, however, say the Canadian government’s repatriation plan feels more like punishment than help. 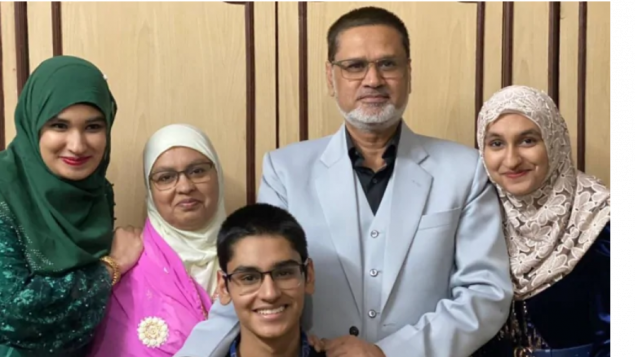 The Khan family of Prince George, B.C., has been stranded in India since their March 20 return flight was cancelled when the Indian government imposed a travel ban amid the COVID-19 crisis. (Jameel Khan)

Speaking to CBC News from a friend’s home in the city of Pune in western India, Jameel Khan said he can’t understand why the flights are being routed through London instead of directly to Canada, nor why a single, one-way ticket costs $2,900.

“That [forces] me to make sure that I have $15,000 of funds to pay, and if any one of the five of us has a sneeze or cough or any sort of issue, we will be asked to go into the quarantine and their $3,000 forfeited,” Khan told CBC News.

Khan says he doesn’t understand why the flights can’t go directly from Delhi and Mumbai to Vancouver or Toronto — routes Air Canada offers on its regular schedule.

The costs and the logistics of the flights “reflect the complexity of the situation and the commercial arrangement that has been made,” a government spokesperson told CBC News.

Not all Canadians can be brought back home

Canadian officials are doing everything in their power to bring the largest number of Canadians home as quickly as possible, Harvey said.

“Unfortunately, it will not be possible to ensure the return of all Canadians who wish to come home,” she said.

All returning travellers are subject to a mandatory self-isolation period of 14 days upon their return, Canadian officials warned.

Canadians requiring emergency consular assistance from anywhere in the world can contact the Emergency Monitoring and Response Centre in Ottawa, which operates 24 hours a day, seven days a week, by telephone at +1 613-996-8885 (collect calls are accepted where possible) or by e-mail at sos@international.gc.ca.