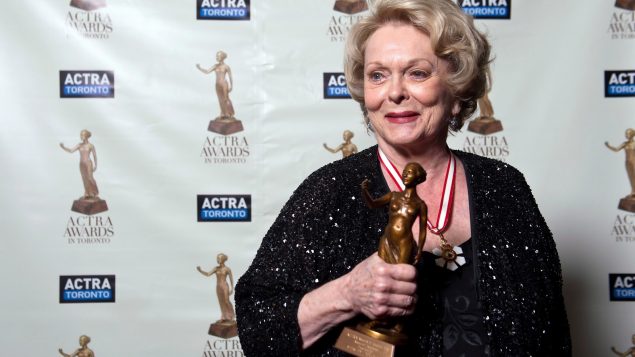 Actor and activist Shirley Douglas, a life-long fighter for underdogs and the daughter of the man who most made universal health-care possible in Canada, poses after receiving her ACTRA Toronto Award of Excellence at the 11th annual ACTRA awards in Toronto, Saturday February 23, 2013. Douglas died Sunday, at 86. (Galit Rodan/The Canadian Press)

Shirley Douglas, an actor and activist who spent much of her life fiercely defending and fighting for underdogs of all stripes, died early Sunday morning from complications from pneumonia.

Her son Kiefer Sutherland, who announced his mother’s death on Twitter, said her illness was not related to COVID-19.

Douglas, the daughter of former Saskatchewan Premier Tommy Douglas, credited as the person most responsible for making universal health-care a reality in Canada, turned 86 last Thursday.

In addition to spending much of her life making sure her father’s health-care-for-all survived, Douglas was a noted anti-nuclear campaigner, co-founding the first chapter in Canada of the Performing Artists for Nuclear Disarmament.

In the 1960s, while living in the United States, she became involved in the protests against the U.S. war in Vietnam and the civil rights movement. 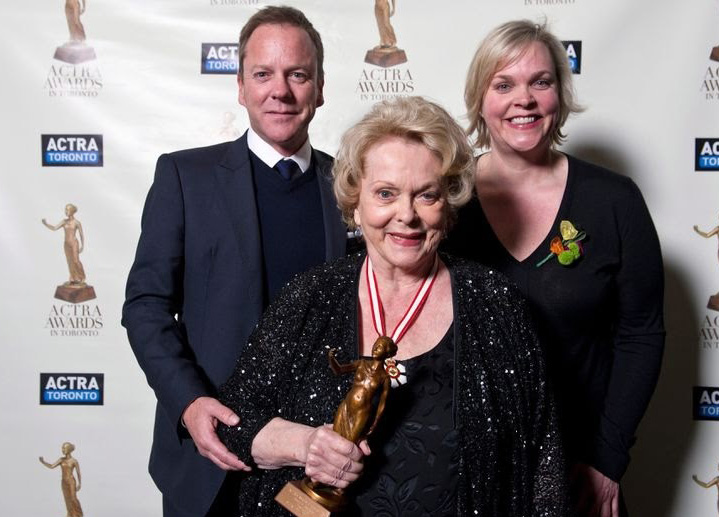 Shirley Douglas poses with two of her children, twins Kiefer Sutherland and Rachel Sutherland, after she received the ACTRA Toronto Award of Excellence at the 11th annual ACTRA awards in Toronto in 2013. Douglas is also survived by another son, Thomas Emil Sicks. (Galit Rodan/The Canadian Press)

Her support of the radical group the Black Panthers resulted in her being barred from working in the U.S and in 1969, while married to Canadian actor Donald Sutherland, she was arrested on conspiracy charges of possessing unregistered explosives.

The case was eventually dismissed and she was exonerated.

Since 1977, she had lived mainly in Canada–mostly in Toronto, making a living as a stage and television actor.

She was nominated three times for a Gemini award–in 1998 for her leading role in the television series, Wind at My Back, and in 1993 for starring in the film, Passage of the Heart.

In 2000, she won for her performance in the 1999 television film Shadow Lake.

In 1997, Douglas and Kiefer Sutherland performed together in Tennessee Williams’s The Glass Menagerie in Toronto and at the National Art Centre in Ottawa.

She was awarded numerous awards, including–in 2003–being named an Officer of the Order of Canada.

With files from CBC, The Canadian Press