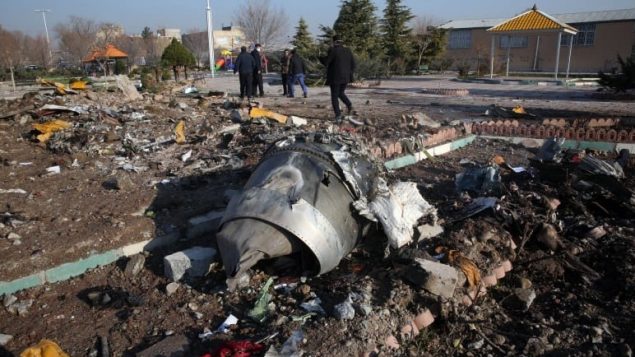 People living in Canada who lost family members on Flight 752 in January (above) tell CBC News they are being threatened and intimidated.(AFP via Getty Images)

CBC News is reporting that people in Canada who lost family members when Ukraine International Airlines Flight 752 was mistakenly shot down in January are being intimidated and threatened by figures they fear are close to the Iranian regime.

The plane was shot out of the sky shortly after taking off from Tehran’s Imam Khomeini International Airport on Jan 8 bound for Kyiv. 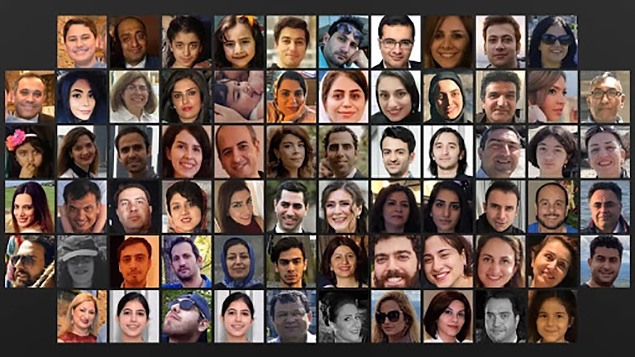 Fifty-five Canadians, including dozens of Canadian students and academics, as well as others studying in Canada were killed when Ukrainian International Airlines Flight 752 was shot down near Tehran on Jan. 8, killing all 176 aboard. (CBC)

Of the 176 people killed when the Boeing 737-800 was mistakenly shot down by Iranian forces 138, including 55 Canadian citizens, were making connections to Canada.

Canada is among the nations pressing for compensation for families of the victims.

According to an email obtained by CBC News, Global Affairs Canada is aware of “reports” of victims’ families “being approached in Canada in situations which have caused them concern”

The CBC’s Ashley Burke quotes Ralph Goodale, who was appointed last week as the new advisor to the federal government on the aftermath of Flight 752, calling it “critically important” that families report acts of intimidation to police.

Burke writes that the email obtained by CBC News “does not say whether authorities suspect anyone in particular is approaching family members–but multiple families tell CBC News they fear its people close to the Iranian regime.”

The RCMP, Burke writes, is not allowed to comment on individual cases but told her it is “aware of allegations of intimidation of the grieving families of the PS752 and deplore any such actions.”