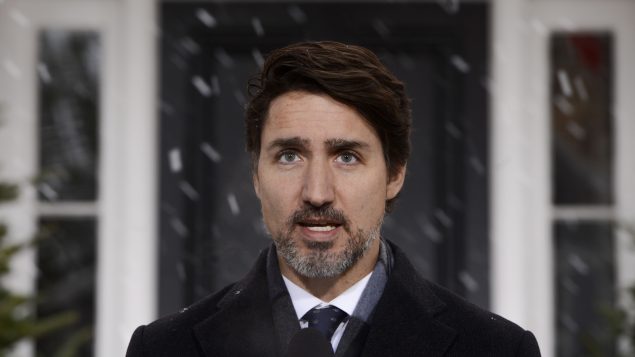 Harkening back to Canada’s nation-defining victory in the Battle of Vimy Ridge during the First World War, Prime Minister Justin Trudeau urged Canadians today to show their mettle again, this time in the fight against a virus that threatens to kill tens of thousands of Canadians.

Speaking during his daily briefing outside his home at Rideau Cottage in Ottawa, after Canadian public health officials released sobering projections of the COVID-19 pandemic modeling, Trudeau said Canada was still at an earlier stage of the outbreak.

Canadians have the “chance to determine what our country looks like in the weeks and months to come,” Trudeau said.

Projections released by Canada’s Chief Public Health Officer Dr. Theresa Tam Thursday morning showed that under the best case scenario there could be between 11,000 and 22,000 deaths in Canada over the course of the COVID-19 pandemic.

The worst case scenario – with no epidemic control measures – could see up to 80 per cent of Canadians eventually getting COVID-19 and more than 350,000 deaths, modeling projections showed.

‘A fork in the road’ 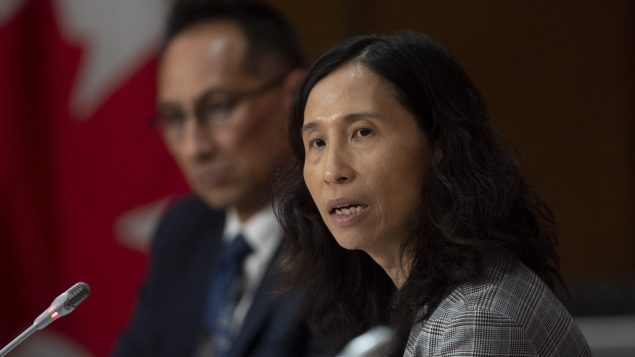 “Our healthcare systems across the country are coping for the time being,” Trudeau said.

But Canadians are at a fork in the road, between the best and the worst possible outcomes, he added.

“The best possible outcome is no easy path for any of us,” Trudeau said.

“The initial peak – the top of the curve – may be in late spring, with the end of the first wave in the summer.”

Canadian public health officials expect smaller outbreaks for a number of months after that, he said.

“This is the new normal, until a vaccine is developed,” Trudeau said, adding that it will “take months of continued, determined effort” to get through the pandemic.