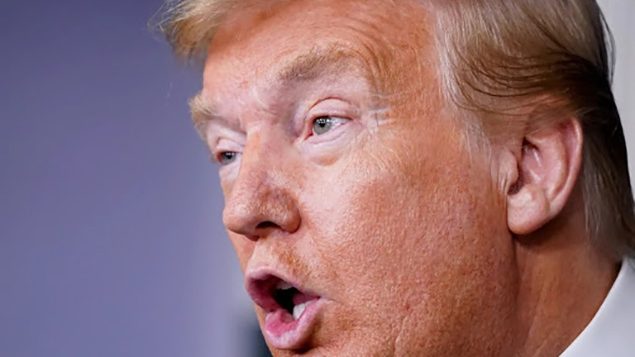 Donald Trump maintains hydroxychloroquine could be an effective treatment for COVID-19. Researchers and participants in Canada are about to try to help find out if the president is right. (Kevin Lamarque/Reuters)

If things go according to plan, as many as 1,500 people living in Canada will soon be participating in a test of the anti-malaria drug that Donald Trump is in the process of making famous.

The task at hand: to find out if hydroxychloroquine, or HCQ, is an effective weapon against COVID-19.

Trump has called it a “game changer.”

Many medical professionals think otherwise, saying that–at the very least--the jury is out and anybody taking it is taking a major risk.

The study, which is being led by McGill University, will test people in Quebec, Manitoba and Alberta.

It comes as researchers around the world are taking a closer look at the drug. 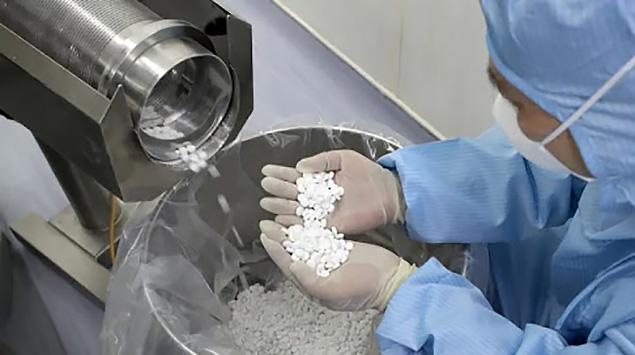 Researchers around the world are testing an old drug for the treatment of malaria, to see if it can help against COVID-19 (Barcroft Media/Getty Images)

“We’re going to be giving medication to people after they’ve been exposed and possibly infected to see if we can prevent that infection from taking hold,” Dr. Ilan Schwartz, an associate professor of infectious disease at the University of Alberta’s faculty of medicine, told the CBC’s Bryan Labby in a story published Wednesday.

“No medication has proven to be effective in either preventing or treating COVID-19. And that’s why we need to do these studies.”

The researchers say they hope to have preliminary results in a matter of weeks.

“We want to avoid people taking this medication until it is proven to be both safe and effective for this purpose,”  Schwatz told Labby.