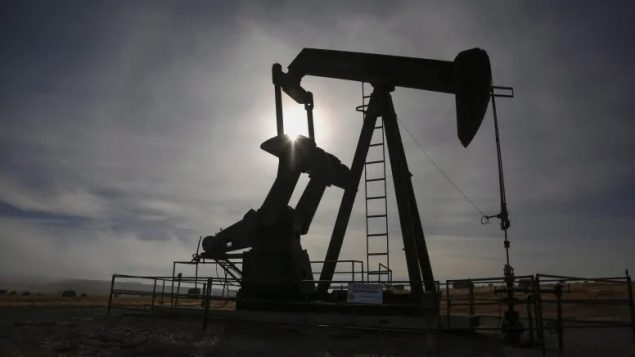 A pumpjack works at a well head on an oil and gas installation near Cremona, Alta. Saturday, Oct. 29, 2016. (Jeff McIntosh/The Canadian Press)

COVID-19: Oil industry asks for a break as environmentalists scoff

As the price of oil hovers at a tenth of what it was a year ago, Canada’s oil and gas producers are asking Ottawa to freeze the carbon tax and delay new climate change regulations while the industry weathers the COVID-19 assault.

In a story published today, Mia Rabson of The Canadian Press reports that the request was made in a letter to Natural Resources Minister Seamus O’Regan, dated March 27.

The price war between Saudi Arabia and Russia and plummeting demands have pushed crude prices below $5 a barrel, less than a tenth of what it traded for a year ago.

In his letter to O’Regan, Canadian Association of Petroleum Producers CEO Tim McMillan said Canada’s energy sector is facing an “unprecedented fiscal assault” from a global collapse in oil prices.

Many environmentalists are not buying it. 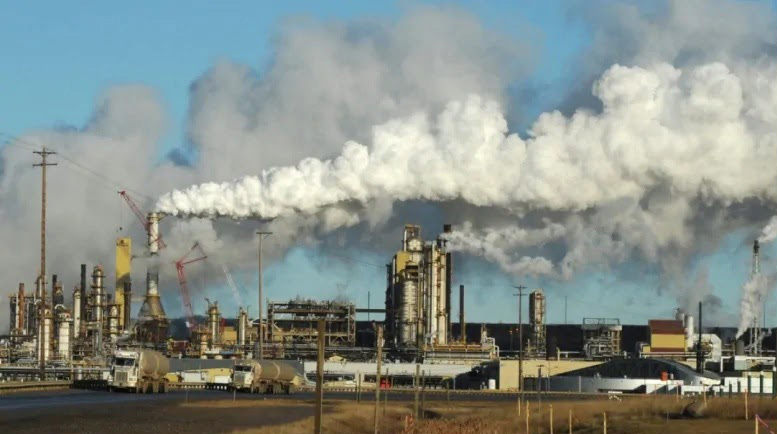 Operations in Alberta’s oilsands may be emitting significantly more carbon dioxide than previously calculated, according to newly published research from federal scientists in 2019. (Getty Images)

They say the request is an attempt to use the coronavirus crisis as an excuse to curb health and safety and delay regulations that will help the environment.

The  rhetoric is a continuation of a difference of opinion that remains heated in Canada, as Justin Trudeau’s governing Liberals try to thread a tiny political needle.

In last fall’s general election campaign Trudeau committed to a battle against climate change while at the same time committing to assuaging the fears of people and politicians in oil-rich Alberta, many of whom believe they get taken for a ride by the rest of Canada and have been forgotten by Ottawa.

The tensions remain and will not be going away anytime soon.

With files from The Canadian Press (Mia Rabson)