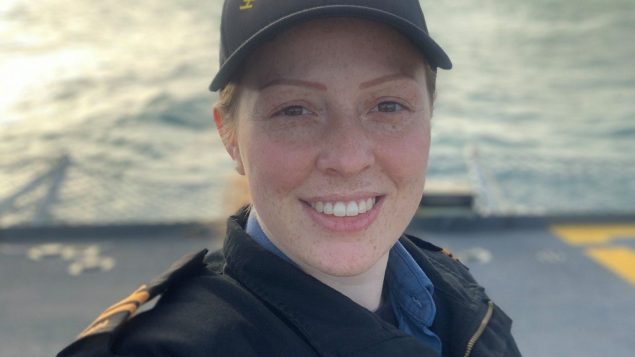 Abbigail Cowbrough, 23, has been identified by her father and her church as one of the victims of the crash of a Canadian military helicopter in the Mediterranean. (Regal Heights Baptist Church / Facebook)

Radio Canada International has confirmed the identity of one of the crew members who died when a Canadian military helicopter crashed into the Mediterranean off the coast of Greece yesterday.

Sub-Lt. Abbigail Cowbrough, 23, was in the CH-148 Cyclone helicopter deployed on board Canadian frigate HMCS Fredericton when it plunged into the Ionian Sea in the international waters between Greece and Italy her father and her church confirmed on Facebook.

“I am broken and gutted,” Shane Cowbrough wrote on his Facebook page.

“Today I lost my oldest daughter Abbigail Cowbrough in the crash involving the Cyclone from HMCS Fredericton. There are no words. You made me forever proud. I will love you always, and miss you in every moment. You are the bright light in my life taken far too soon.”

The Canadian military confirmed Wednesday that they lost contact with the helicopter during a NATO exercise and said that they “have contacted all primary family members of those who were on board the CH-148 Cyclone helicopter that was involved in an accident in the Mediterranean Sea.”

Prime Minister Justin Trudeau tweeted Wednesday that search and rescue efforts are currently underway and “updates will be provided as soon as possible.” 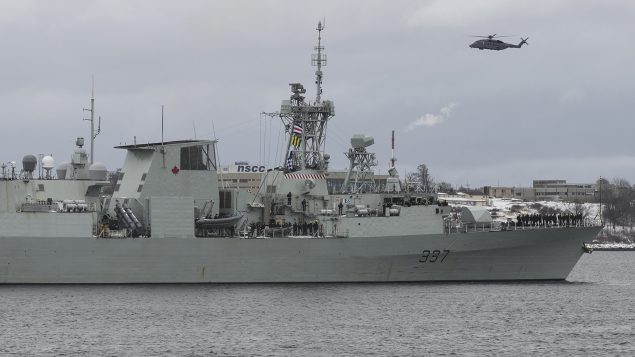 A Cyclone helicopter flies over HMCS Fredericton as its crew leaves the Halifax Harbour for a six-month deployment to the Mediterranean Sea as part of NATO’s Operation Reassurance in Halifax on Monday, January 20, 2020. Defence officials are scrambling following reports a Canadian military helicopter has gone missing while participating in a NATO operation in the Mediterranean Sea. (Darren Calabrese/THE CANADIAN PRESS)

HMCS Fredericton was part of NATO’s Standing Maritime Group Two (SNMG2). The Italian and Turkish navies confirmed Thursday that their warships were assisting the Royal Canadian Navy in its search for the helicopter

HMCS Fredericton left Halifax for a six-month deployment in the Mediterranean and the Black Sea in January with a new Cyclone helicopter on board.

The Canadian Cyclones, which were first deployed in late 2018, usually carry four crew members but can have additional personnel or passengers on board. The Canadian military has not said how many people were on board the helicopter when it crashed.

The Cyclone is a militarized version of the Sikorsky S-92 helicopter.

There have been other incidents with Cyclone helicopters, which replaced Canada’s ageing Sea King helicopters.

In February 2019, a Cyclone helicopter operating from HMCS Regina made a hard landing on supply ship Asterix while operating off the coast of Hawaii in the Pacific.