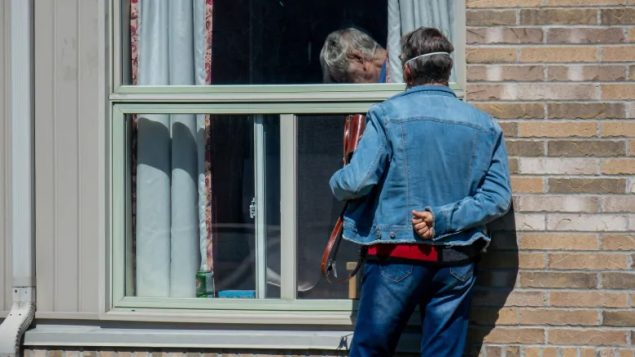 A family member visits a resident of the Montfort Long Term Care Centre in Ottawa on April 20, 2020. Many families have been dropping by outside to visit those in care homes. The city has now banned the practice at its four city run facilities (Jean Delisle/CBC)

The emergency health rules requiring social distancing have been particularly hard on elderly residents of long-term care and retirement homes. Prevented from having visits from family, many are also not entirely at ease or familiar with ‘electronic’ visits such as with Skype.

In many cases the increased risks within the facilities and the higher number of cases and deaths has added to the residents anxiousness, isolation, and loneliness.

To maintain contact and connection with loved ones, family members at facilities throughout the country have been meeting with the elderly residents from outside standing on the property and communicating through windows or to the upper balconies wherever possible.

Now the city of Ottawa has banned the practice at its four city-run facilities claiming such visits still pose risks of infection.

Dean Lett, director of long-term care at the City of Ottawa  quoted by the CBC said, “This difficult decision to limit these visitors to the exterior grounds of the homes is based on prioritizing the safety and health of residents and staff, We have experienced a number of situations where families have visited and have not respected the requirement for physical distancing as directed through public health agencies.” 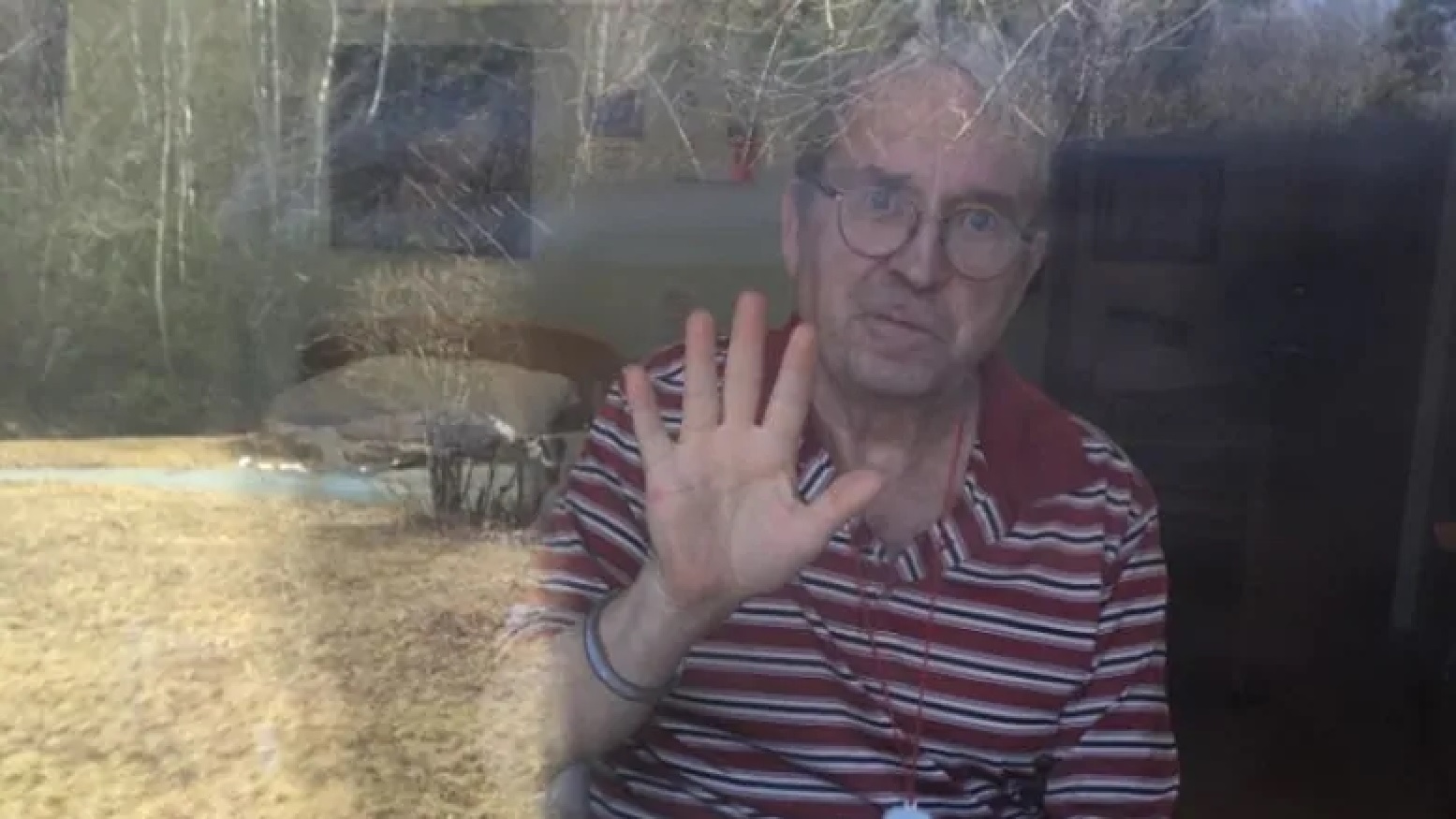 Grant MacLeod inside his room at a Nova Scotia care facility. His wife Debby MacLeod used to drop by the window nearly every day — bringing the family’s dog, and waving while they spoke by phone.
“We would joke, he could see the dog, When you see him smiling and enjoying that visit, that means a lot to me, ” The home joins others now banning window visits as some were breaking the rules Many visitors are upset at the situation. (submitted Debby McLeod via CBC)

It appears the concern might relate to some residents going outside onto the grounds in nice weather and meeting family in person. They then risk bringing the virus back into the facility.

Lett says efforts are being made to set up more virtual visits.

Still, family members have been quoted in media reports saying the decision is “heartbreaking”, “cruel”, and “makes no sense”. adding that many of the elderly do not understand what is happening and are uncomfortable with digital visits.

In an interview on CTV on Thursday, the City of Ottawa’s medical officer of health said she had not be consulted on the decision. Quoted on the CTV website she said, “ Looking through a window is not a threat. It can be an important source of reassurance for family members on both sides of the glass. Ottawa Public Health was not consulted or advised before the City decided to issue this directive and I’m sure that they’re re-examining it.”

She added if there are other activities that pose a threat, they should be addressed