They are undoubtedly among the most famous of Canadian artists. One hundred years ago today, a small group of artists held their first exhibition at the Art Gallery of Toronto and helped change Canadian art forever They called themselves “The Group of Seven”. 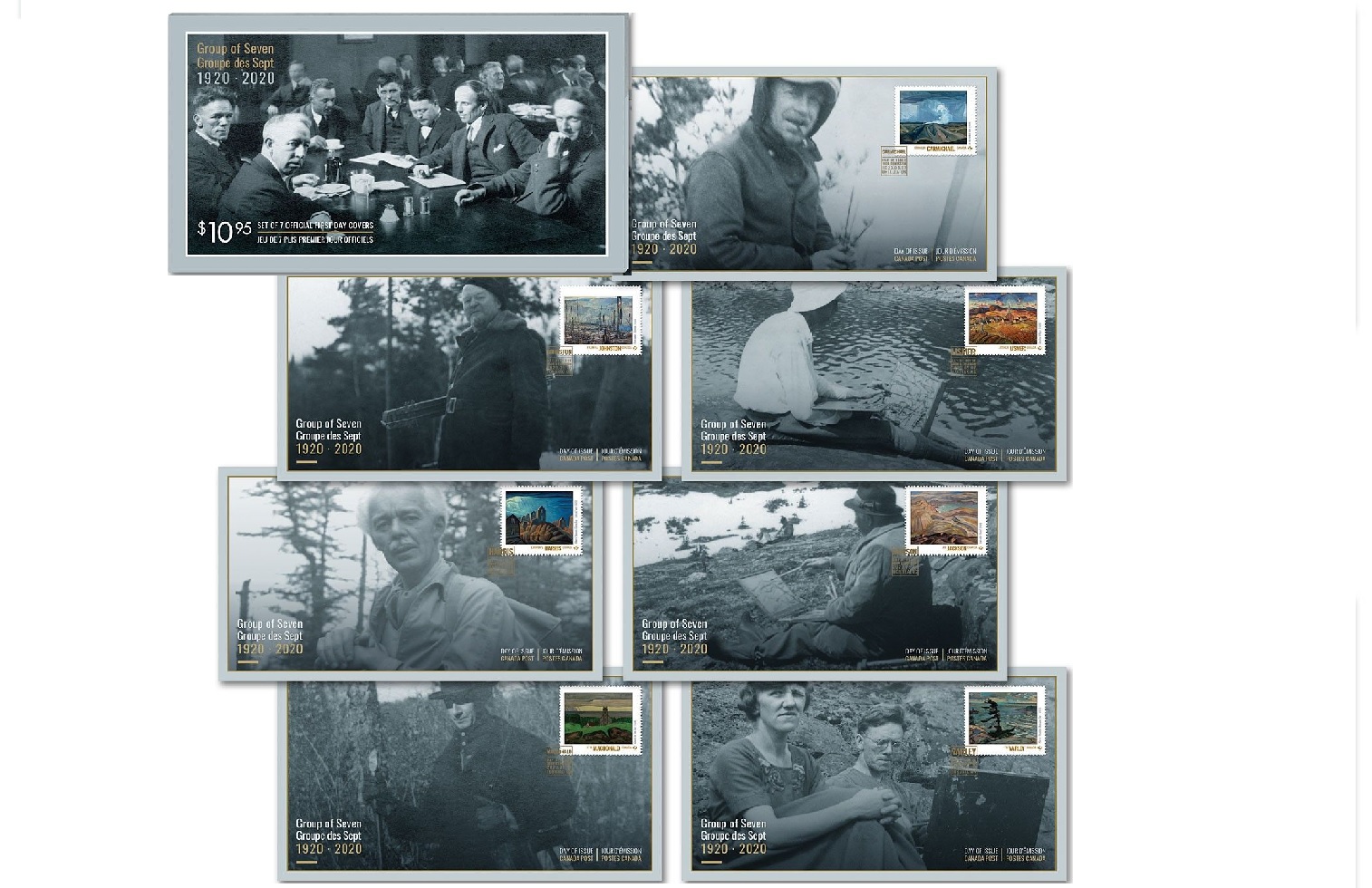 Canada Post has just released a new series of seven stamps featuring one of the works by each of the seven to honour the centennial of that show. 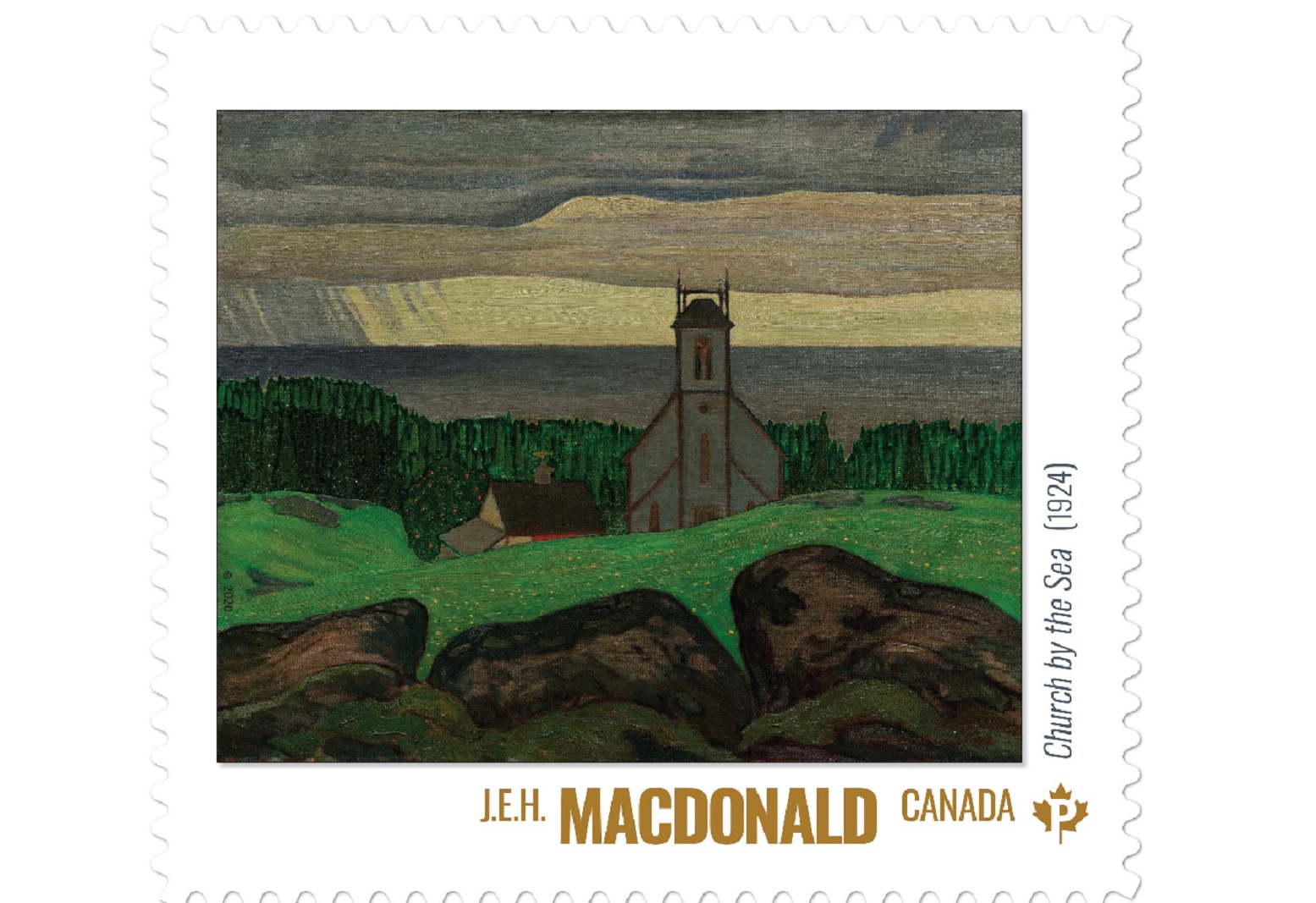 At the original 20-day exhibition which opened on May 7, more than 2,000 people attended the showing. 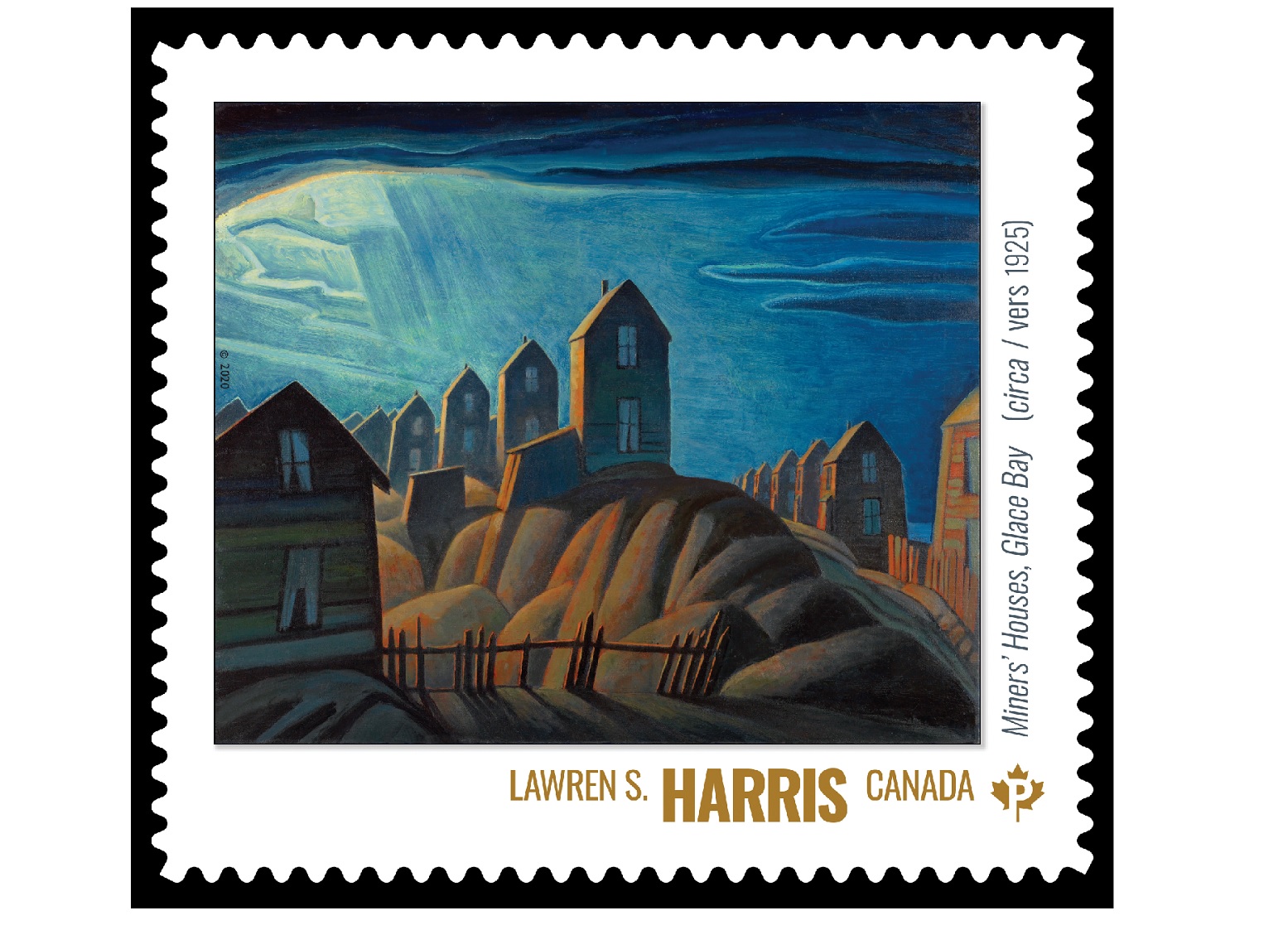 Only five paintings were sold, although reviews were good in spite of what may have been seen at the time as a rather radical departure from the more common styles at the time of Canadian art influenced by a European aesthetic. 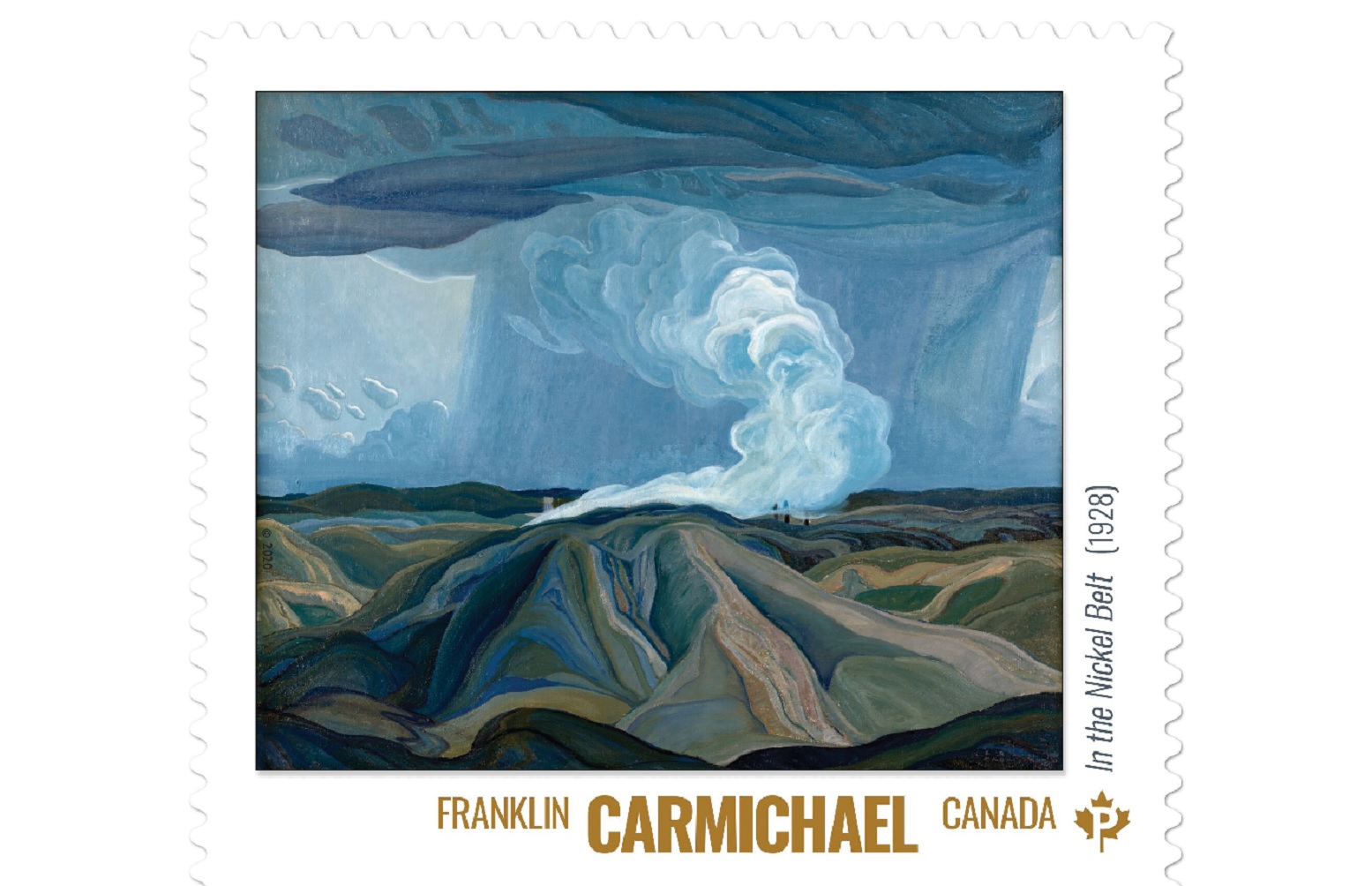 If you had purchased one of those paintings at the exhibition, you’d be a wealthy person today as their works are now sold on world markets at record prices in the millions of dollars. 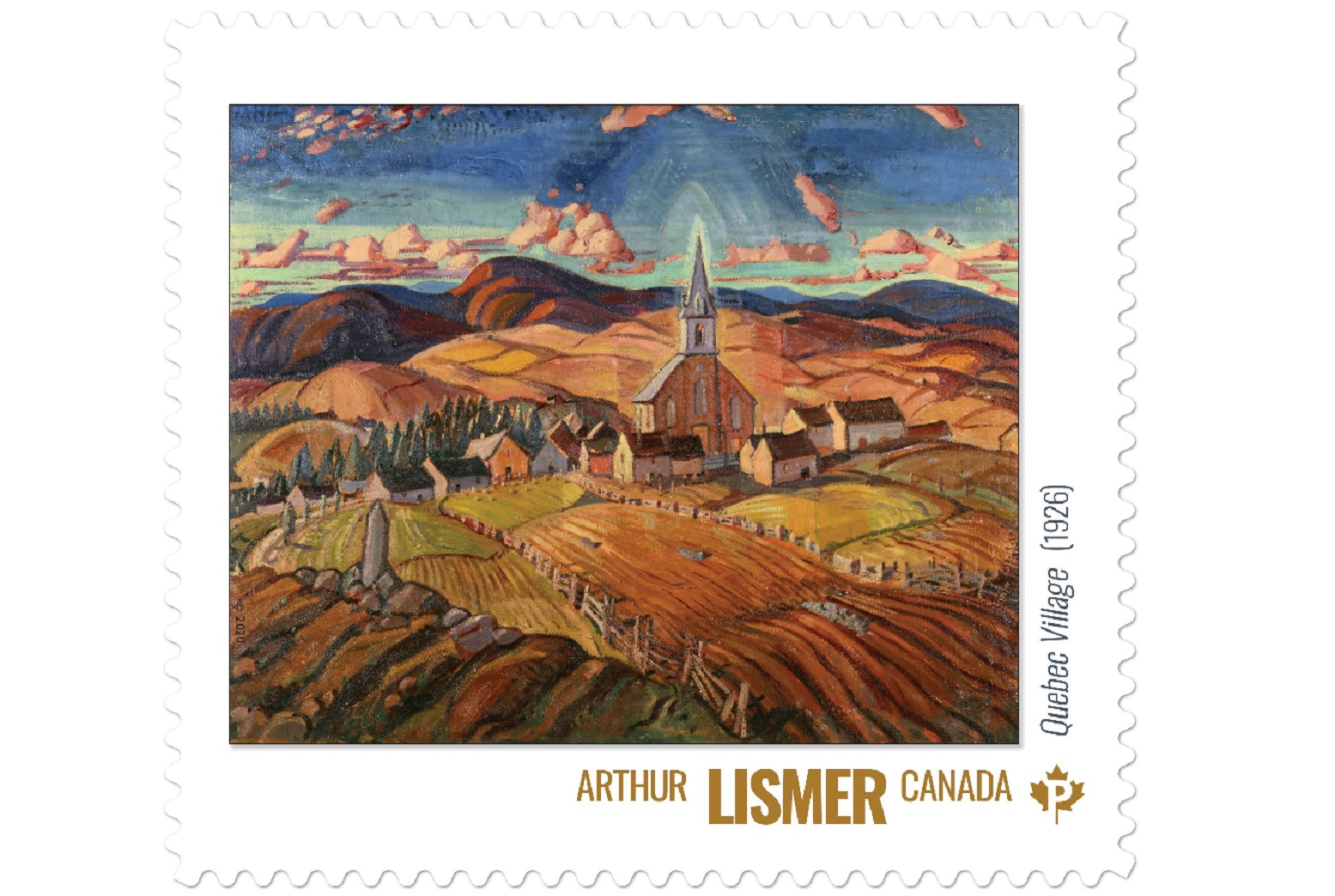 Their works, stark and foreboding in many cases  often reflected at one and the same time, the rugged, occasional harsh, and lonely but unspoiled nature of Canada’s wilderness, perhaps a counterpoint or related to the destruction and death and loss of the First World War, still all too fresh in everyone’s mind.

Inspired by Tom Thomson, who had drowned three years earlier, their paintings in turn inspired generations of artists since, and in many ways a unique Canadian aesthetic in art. 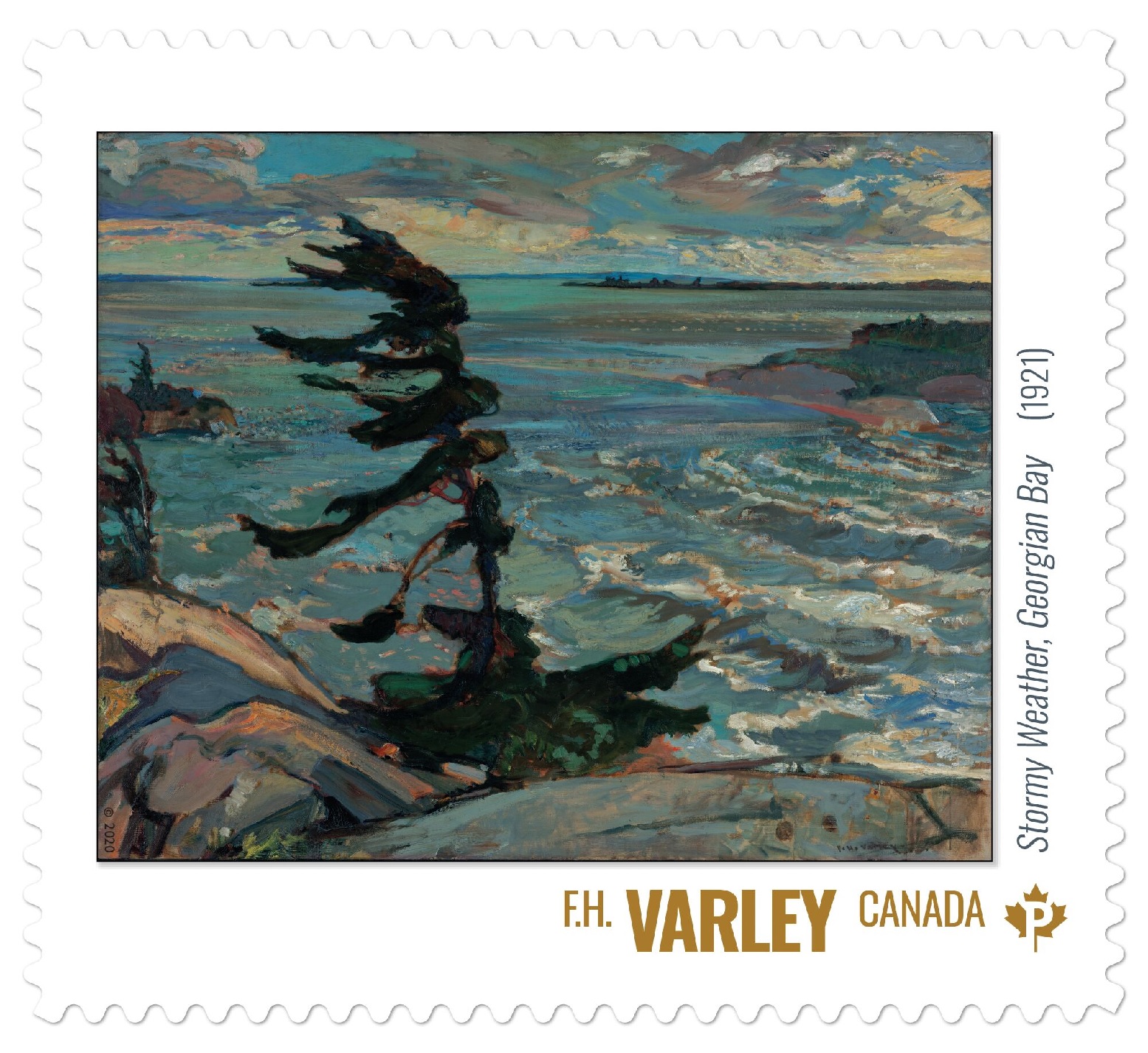 The new series comes on the heels of another memorable stamp issue honouring two Canadians on the anniversary of VE Day which ended the Second World War in Europe.  Pte Leo Major’s story is the stuff of legends in single-handedly liberating the Dutch town Zwolle, while Veronica Foster represents the thousands of women who worked in the industrial war effort and inspired the U.S to create their fictional “Rosie the riveter”