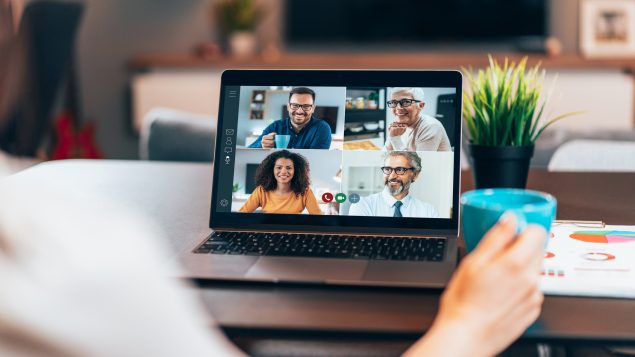 Four out of every 10 people are willing to continue to do their work from home when confinement rules related to COVID-19 are lifted —but almost just as many are hesitant or not at all inclined to do so if they can return to the office. (iStock/Getty Images)

Return to the office? Canadians split on merits of post-pandemic teleworking

Canadians appear to be almost evenly split between those who would prefer to continue working from home after the worst of the pandemic is over and those who would rather go back to the office, according to a new survey conducted by researchers in Quebec.

Four out of every 10 respondents in a survey led by researchers at Université de Montréal (UdeM) said they are willing to continue working from home when lockdown measures related to COVID-19 are lifted.

But almost an equal number would rather go back to the office if the conditions allow. And nearly a quarter of respondents were undecided about the merits of teleworking.

Somewhat surprisingly for the researchers, about 50 per cent of respondents said they had never or almost never teleworked before the lockdown.

The preliminary results of the research conducted by Tania Saba and Gaëlle Cachat-Rosset of the BMO Chair in Diversity and Governance at UdeM’s School of Industrial Relations shows that one-third of more than 1,600 respondents feel that their productivity has increased since having to work remotely.

This despite the fact that more than half of the study’s participants said they were teleworking alongside another person at home.

Those who said they were more productive tend to be over 40 years of age and less burdened by childcare and other family obligations.

“It’s interesting to note that both men and women said they were more productive,” Saba said in a statement. “It is not true to say that only women prefer to telework as a way of balancing their work and home life. The reasons are more complex and diverse.”

In addition, even those who reported that workloads increase because of teleworking said they had become more productive. Telework has proven to be a means to better control their time and the amount of work they do, they said.

The study also found that respondents who were more comfortable with technology and were well-equipped to work from home reported being more productive.

On the other hand, those who felt isolated and far from the decision-making process reported being less productive while working remotely.

Just over half of the participants said they had found or created technological solutions to problems related to their work.

Those who have been innovative tend to be younger, male rather than female, and have higher than average levels of education, the study found.