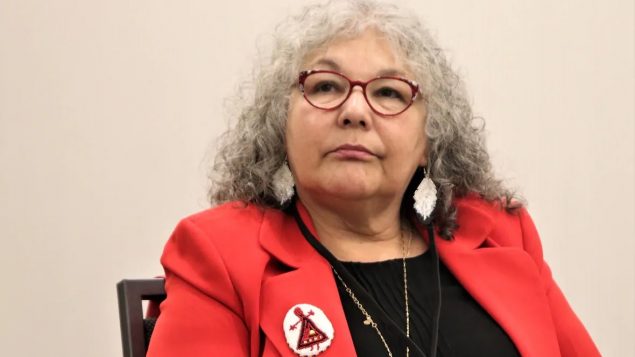 Lorraine Whitman, president of the Native Women's Association of Canada, is on the front lines of the fight to get Ottawa to move on an action plan to implement the recommendations of the Inquiry into Missing and Murdered Indigenous Women and Girls. (Nic Meloney/CBC)

Though sophisticated data is still not available, it appears virtually certain that, as the COVID-19 pandemic continues, so does the growth of domestic violence.

Last month, Canada’s minister for women and gender equality, Maryam Monsef, told CBC News’ Raisa Patel that the COVID-19 crisis has empowered perpetrators of domestic violence, saying that federal consultations have revealed that abuse rates have risen by some 30 per cent in some regions.

“What the pandemic has done with the self-isolation measures, with the closures of some of the support systems, is create a powder keg,” Mosef told Patel.

Indigenous women who live in Canada are not immune.

The Native Women’s Association of Canada says it is concerned about what it calls a “deeply concerning spike” in the number of Indigenous women who say they are facing more violent incidents since the COVID-19 pandemic began.

The Association has been conducting a series of grassroots consultations with their member offices across the country in the midst of reports of a sharp rise in violence directed at First Nations, Inuit and Metis women.

The survey found that one in five of Indigenous women interviewed had been a victim of physical or psychological violence over the past three months.

Preliminary results of the survey suggest that the women were more concerned about domestic violence in the midst of the pandemic that they were about the virus itself. 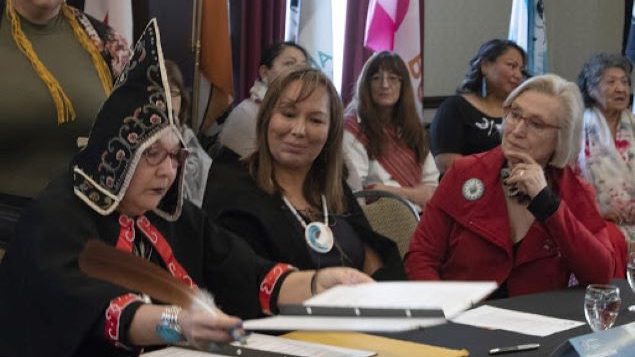 Carolyn Bennett (right), Minister of Crown Indigenous Relations and Francyne Joe (centre), then president of the Native Women’s Association of Canada, and Lorraine Whitman, then president of the Nova Scotia Native Women’s Association, take part in a signing ceremony in Ottawa on Feb. 1, 2019, to ensure the organization can fully participate in efforts to address issues – including those related to Indigenous health, housing and education. (THE CANADIAN PRESS/Fred Chartrand)

Native Women’s Association President Lorraine Whitman says she finds the numbers “shocking” and is deeply concerned about the safety of Indigenous women in Canada, as public health officials continue to ask people to remain in their homes.

“With the social distancing and self-isolation, women have had to stay in a home in a confined area with their abuser or perpetrator and they cannot escape. There’s nowhere where they can go.”

Whitman says many shelters and sexual assault centres in the country are not run for or by Indigenous people, which is why many First Nations, Inuit and Metis women won’t access them, even if they’re in trouble.

“They don’t have that comfort zone there and they’re not culturally influenced or inclusive of the Indigenous values that we have and our traditions and ceremonies,” Whitman told Wright.

Wright writes that the federal government has committed $40 million in funding to Women and Gender Equality Canada, with up to $30 million earmarked for the “immediate needs” of shelters and sexual assault centres.

Another $10 million was provided to Indigenous Services Canada’s existing network of 46 emergency shelters on reserve and in Yukon to support Indigenous women and children fleeing violence.

In March, the federal government pledged  $305 million to help Indigenous communities deal with the COVID-19 pandemic, but details of how the funds would be distributed and spent were not spelled out.

In April, some Indigenous leaders told a house committee that the package lacked proper funding for Indigenous organizations and communities that provide services to the more than 60 per cent of the overall Indigenous population that live in urban centres or off reserves.— about 900,000 persons.