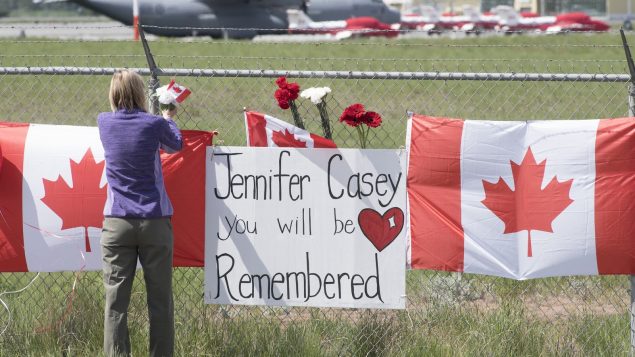 Canadian Forces Snowbirds jets are seen in the background as a woman attaches a sign to a fence in Kamloops, B.C. on Monday, May 18. Capt. Jenn Casey died Sunday after the Snowbirds jet she was in crashed shortly after takeoff. The pilot of the aircraft, Capt. Richard MacDougall, is in hospital with serious injuries. (THE CANADIAN PRESS/Jonathan Hayward)

The commanding officer of the RCAF Snowbirds aerobatics team says the cause of the crash of one of its planes Sunday in British Columbia won’t be known for weeks or months.

The crash took the life of Capt. Jenn Casey, a public relations officer with the Canadian Forces.

Casey was a passenger on the CT-114 Tutor jet that took off from Kamloops Airport shortly before noon local time. 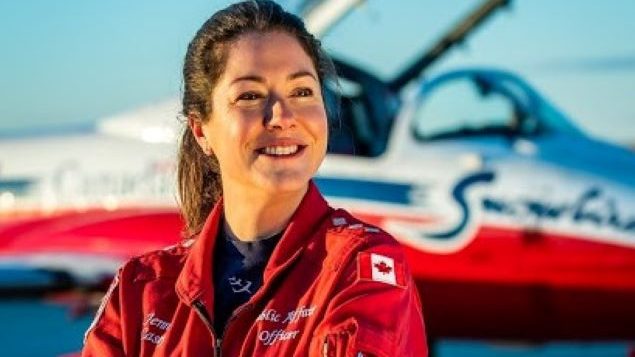 The plane veered upward and circled the tarmac before going into a nosedive and crashing.

Prior to the crash, the pilot, Capt. Richard MacDougall, and Casey ejected.

MacDougall survived with what are described as “serious but non-life-threatening injuries.” 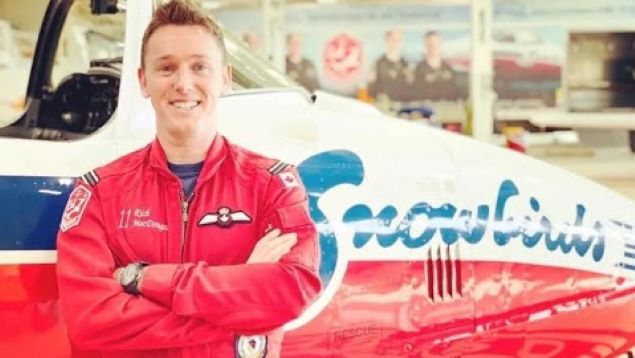 The Snowbirds were on a two-week cross-country tour performing aerial exhibitions as part of “Operation Inspiration,” designed to lift Canadians’ spirits during the COVID-19 pandemic.

Speaking to reporters Monday in Moose Jaw, Sask., where the Snowbirds are based, Lt.-Col. Mike French said the circumstances leading up the crash remain unknown.

French said that typically investigators provide a preliminary snapshot within about 30 days.

However, a full investigation can take up to a year or longer to complete. 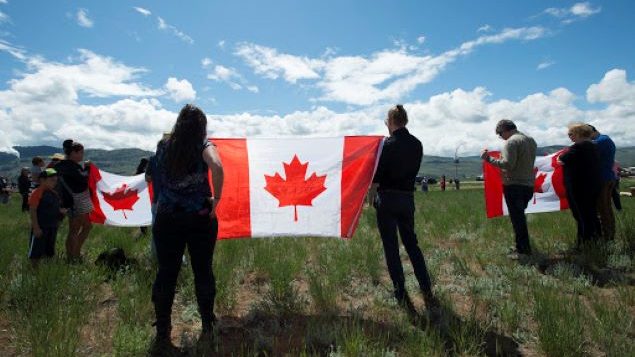 “Our pilots are highly trained to do this manoeuvre,” he said. “Not only that, we brief it before takeoff every time. And what you saw yesterday was the confluence of a whole bunch of intersecting circumstances where it led to our worst-case scenario.”

Describing the events as “our absolute worst nightmare,” French said MacDougall would have ordered the ejections only after all options had run out.

Video showed two puffs of smoke just before the crash, presumably from the ejection seats, but only one parachute was seen. 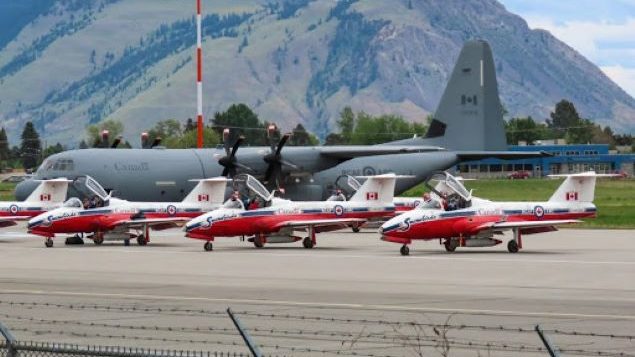 The Snowbirds touched down at the Kamloops airport last week during their cross-country tour. (@Daggerville)

French said Snowbirds planes are in “mint condition,” because once they accumulate 400 hours of flying time, they are torn down and rebuilt.

He added that the planes are also always inspected prior to flying by avionics people, aircraft structures people, safety systems people and the pilot.

French described Casey as “a tireless and energetic officer.”

“She absolutely loved this job,” he said. “Her loss is a serious blow not only to our team but to the Royal Canadian Air Force and the Canadian Armed Forces as a whole.” 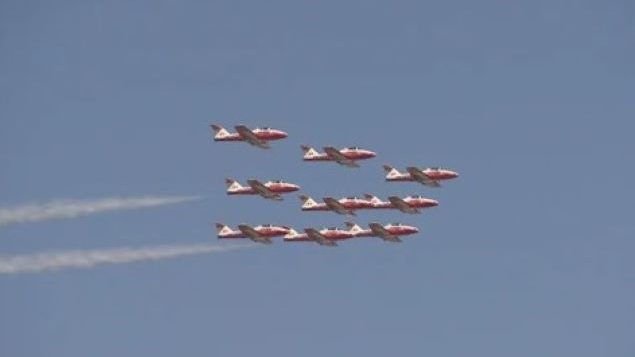 On Monday evening, more than two dozen pilots completed a memorial flyover above B.C.’s Lower Mainland to honour Casey and the Snowbirds.

“Let’s pick up where the Snowbirds left off in honour of Captain Jenn Casey in their mission to fly over Canada to lift the spirits of Canadians,” the B.C. General Aviation Association (BCGAA) wrote on its web page.

The tragedy comes less than three weeks after six members of the Canadian Forces were killed in a helicopter crash during NATO naval exercises off the coast of Greece.

There is no word when the Snowbirds will fly again.

For now, they are grounded.