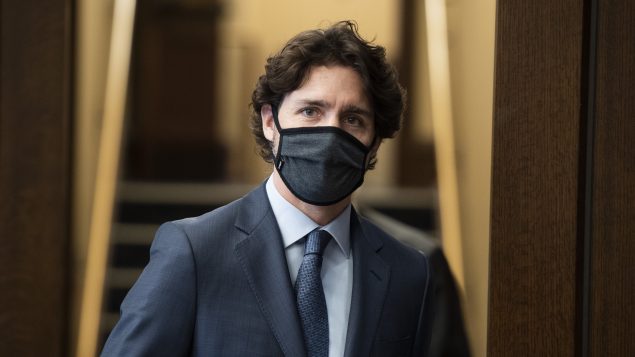 Prime Minister Justin Trudeau said “there are many questions that need to be asked” about reports that officials at the World Health Organization had to resort to publicly praising China to coax crucial information about the novel coronavirus at the outset of the pandemic.

Speaking to reporters in Ottawa, Trudeau was responding to a question about a report by The Associated Press, which found that while in January WHO officials praised China’s speedy response to the coronavirus, behind the scenes officials with the UN body were frustrated with Beijing’s slow release of crucial scientific information.

“I think there are many questions that need to be asked about the WHO, about China, about other countries’ behaviour through this,” Trudeau said.

“We need to focus right now on doing everything we can to keep Canadians safe and end this pandemic, not just in Canada but around the world. The WHO remains a really important partner and ally in doing that.”

Despite the plaudits received from the WHO, China in fact sat on releasing the genetic map, or genome, of the virus for more than a week after three different government labs had fully decoded the information, The Associated Press reported Tuesday.

Tight controls on information and competition within the Chinese public health system were to blame, according to dozens of interviews and internal documents, the news agency said.

Chinese government labs only released the genome after another lab published it ahead of authorities on a virologist website on Jan. 11.

Even then, China stalled for at least two weeks more on providing WHO with detailed data on patients and cases, according to recordings of internal meetings held by the UN health agency through January — all at a time when the outbreak arguably might have been dramatically slowed.

The story behind the early response to the virus comes at a time when the UN health agency is under siege, and has agreed to an independent probe of how the pandemic was handled globally.

After repeatedly praising the Chinese response early on, U.S. President Donald Trump has blasted WHO in recent weeks for allegedly colluding with China to hide the extent of the coronavirus crisis. He cut ties with the organization on Friday, jeopardizing the approximately $450 million the U.S. gives every year as WHO’s biggest single donor.

Trudeau has had to walk a fine line between protecting the WHO, which most experts see as essential in coordinating an international response to COVID-19 and other global health issues, without publicly clashing with Trump over the agency’s handling of the pandemic.

“There are many questions that need to be answered going forward in regards to systems that we have in place and in terms of different countries’ behaviours and those questions will be asked and answered as we move forward,” Trudeau said.