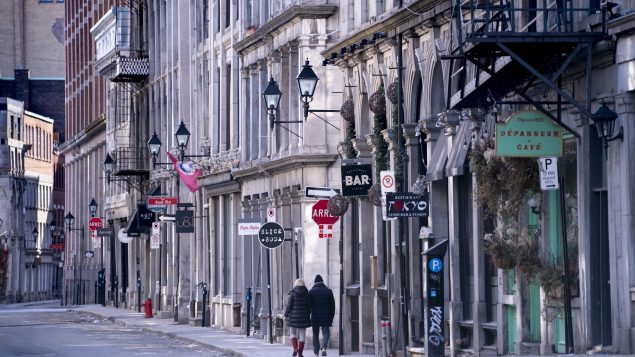 A couple walks along a deserted street in Old Montreal on Tuesday, March 31, 2020. Despite the pandemic shutdowns, the latest study from the non-profit Angus Reid Institute finds Canadians’ outlooks about their individual longer-term financial well-being has not suffered. (Paul Chiasson/THE CANADIAN PRESS)

Despite the economic fallout of the COVID-19 shutdown, Canadians are feeling more optimistic about their personal finances in the coming year, according to the latest study by the Angus Reid Institute.

Significantly, optimism, too, has risen, the study by the non-profit institute points out. 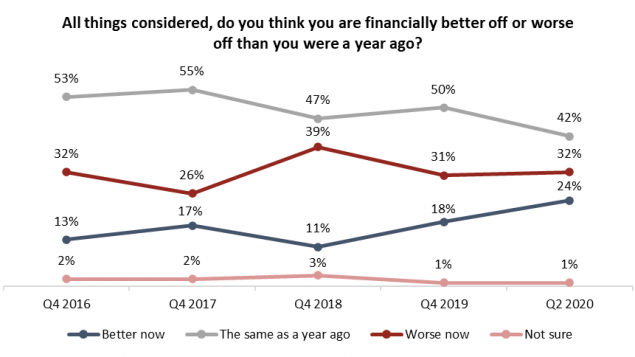 Some of the pessimism – among those who feel it – is correlated with their lack of confidence in the Trudeau government’s ability to prevent a deepening economic crisis in the coming weeks and months, the report shows.

While a majority (58 per cent) of Canadians say they are not confident in Prime Minister Justin Trudeau’s capacity to minimize economic damage, this rises to 71 per cent among those who feel their finances will worsen in the coming 12 months.

Trudeau generates majority level confidence with respect to management of health outcomes in most of the country, with the exception of Alberta and Saskatchewan. Confidence in his ability to prevent further economic damage, however, peaks at just 42 per cent in Atlantic Canada, the report shows.

Canadians appear to be almost evenly split between those who are worried about the risk of more Canadians becoming sick (51 per cent) and those who say their primary concern is the risk of further economic harm (49 per cent).

According to the study, the top three issues faced by Canada are healthcare, the economy, and the response to COVID-19.

For the first time in more than 15 months, climate change has fallen out of the top two issues identified by Canadians. 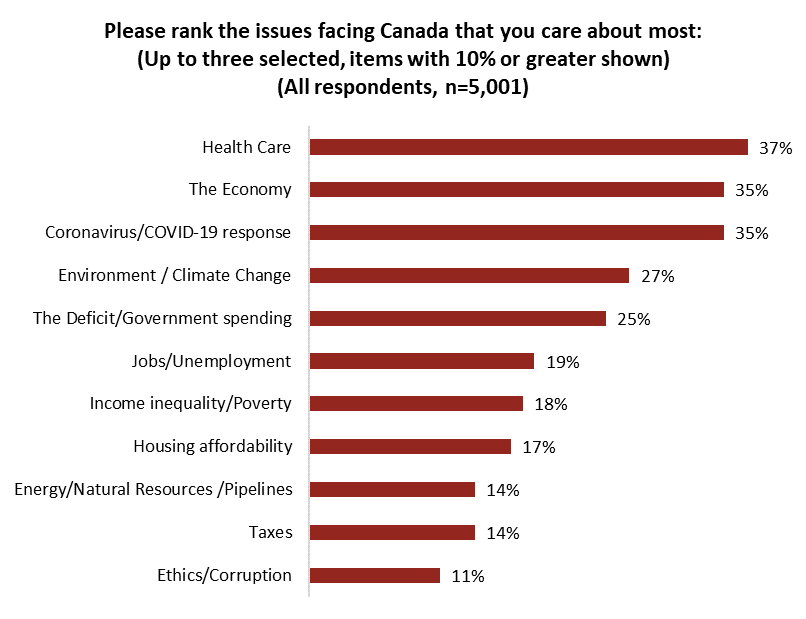 Partisan politics also appear to play a significant role in the people’s attitudes towards the ability of the government to minimize further health and economic impacts of the pandemic.

Nearly four-fifths of past Liberal voters (79 per cent) are confident in the Trudeau government’s ability to minimize further health impacts and about one-third (67 per cent) believe the government will be able to prevent further economic decline.

Past Conservative voters lack confidence on both of those fronts.