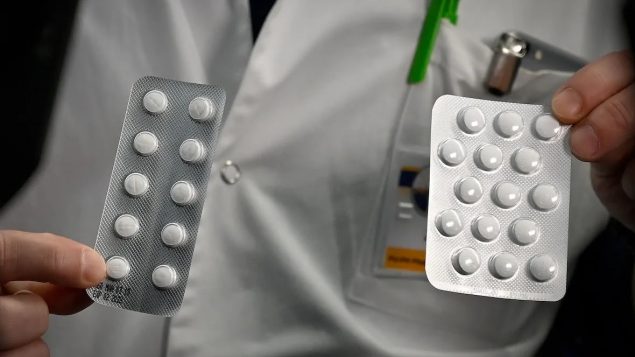 Hydroxychloroquine did not prevent COVID-19 when given to those at high risk of infection as part of a randomized trial in Canada and the U.S. (Gerard Julien/AFP/Getty Images)

A much-anticipated study, co-authored by Dr. Emily McDonald, a physician at the Research Institute of the McGill University Health Centre, has found that hydroxychloroquine — a drug much-touted by U.S. President Donald Trump — was not effective in fighting COVID-19.

In a trial this spring, researchers tested the use of hydroxychloroquine, or HCQ, in 821 adults in Quebec, Manitoba, Alberta and the U.S. to see if it would prevent symptoms of infection, known as post-exposure prophylaxis, compared with taking a sugar pill.

Their conclusion: “In this trial, high doses of hydroxychloroquine did not prevent illness compatible with COVID-19 when initiated within four days after a high-risk or moderate-risk exposure.”

The study’s findings — published Wednesday in the New England Journal of Medicine — were released the same day the World Health Organization said it was resuming a clinical trial testing the anti-malaria drug, which is sometimes used to fight the autoimmune disease lupus.

The Canada-U.S. study was the first double-blind randomized, placebo-controlled trial of hydroxychloroquine. 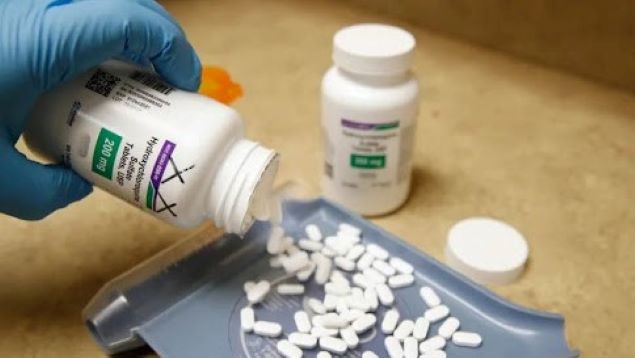 A pharmacy tech pours out pills of hydroxychloroquine at a pharmacy in Provo, Utah, on May 20, (George Frey/AFP/Getty Images)

Forty-nine of the participants who received hydroxychloroquine developed the disease, compared with 58 in the placebo group.

Researchers said the difference could simply be random.

Two patients were hospitalized, one in each group.

In April, Canadian health authorities issued a warning against the use of  hydroxychloroquine and chloroquine to prevent or treat COVID-19.

Research continues, but so far no trials have proven the drug effective against COVID-19.