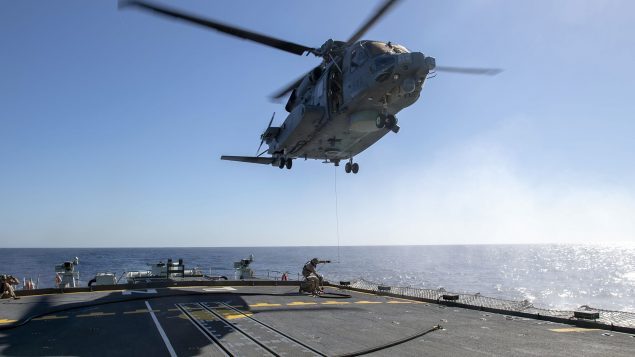 The investigation into the crash of a Canadian naval helicopter in the Mediterranean Sea that killed all six crew members on board is focusing on “aircraft systems and human factors,” the Canadian military announced Monday.

The Royal Canadian Air Force (RCAF) CH-148 Cyclone helicopter was deployed on board Canadian frigate HMCS Fredericton and was participating in NATO exercises when it suddenly crashed into the Ionian Sea about 80 kilometres west of Greek Island of Kefalonia on April 29, 2020.

According to the Department of National Defence’s Airworthiness Investigative Authority, which released its preliminary From the Investigator (FTI) report on Monday, the aircraft was returning from a routine surface reconnaissance and training mission prior to landing on HMCS Fredericton.

The helicopter had flown by the port side of the ship, from stern to bow, before making a left hand turn to establish a downwind leg in preparation for approach to the ship, the report said.

The aircraft then commenced a final left turn to set-up for the approach.

“During this final complex manoeuvring turn to close with the ship, the aircraft did not respond as the crew would have anticipated,” said the report. “This event occurred at a low altitude, was unrecoverable, and the aircraft entered a high energy descent and impacted the water astern the ship.”

The investigation is ongoing, and will focus on aircraft systems and human factors, the report added.

“While the From the Investigator report identifies areas of focus for the remainder of our flight safety investigation, there is still a tremendous amount of work to do to understand the exact circumstances that contributed to the accident,” said in a statement Col. John Alexander, director of Flight Safety and DND’s Airworthiness Investigative Authority.

The Canadian military grounded its fleet of Cyclone helicopters following the accident.

RCAF commander Lt.-Gen. Al Meinzinger said the military’s airworthiness experts are working closely to develop a plan to “methodically and safely return the fleet to operations.” 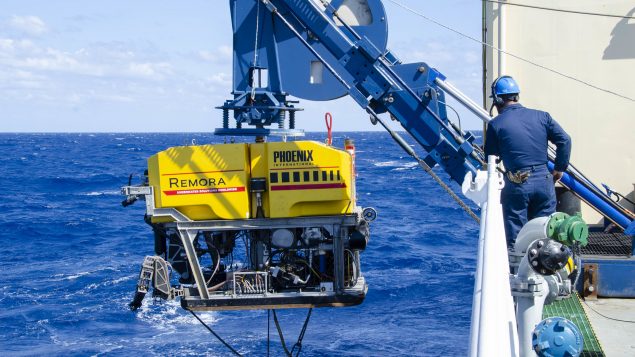 Operators get the REMORA III ready for a dive off the EDT Hercules during the recovery operations for Stalker 22 in the Mediterranean Sea on May 27, 2020. (Cdr. Robert Watt)

A combined Canadian and U.S. Navy team recently recovered pieces of the wreckage and the remains of some of those killed from the bottom of the Ionian Sea.

The Cyclone is a militarized version of the Sikorsky S-92 helicopter. Unlike the civilian version, the military Cyclone operates on what’s known as a fly-by-wire (FWB) system.

The FWB system uses computers and complicated software to operate the aircraft’s avionics.

In 2017, during a training flight in Nova Scotia, one of the Cyclone helicopters plunged nearly 500 feet after a computer glitch forced the shutdown of all three flight control computers, according to a report by CBC defence correspondent Murray Brewster.

The RCAF commander of 12 Wing at the time, Col. Peter Allan, said on June 14, 2017 that the aircraft experienced a sudden and brief loss of altitude.

The air force disputes the claim the aircraft dropped 500 feet, but would not provide a figure.

“The pilots described this occurrence as similar to ‘hitting a speed bump’ and stated that it was difficult to distinguish from turbulence,” said Lt.-Col. Steve Neta in a statement. “Any reference to a loss of 500 feet in altitude is incorrect.”

The air force said the problem was corrected in a software update through the manufacturer.

With files from the CBC’s Murray Brewster