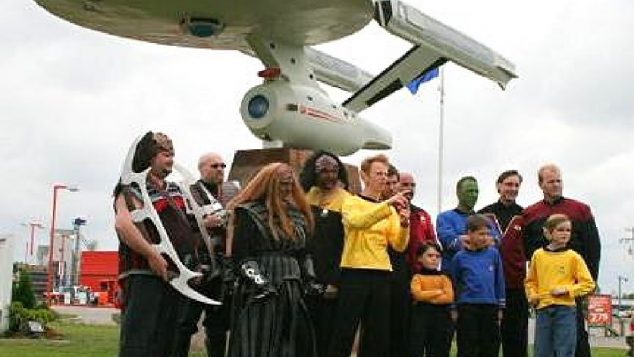 'Trekkies' get their photo taken in front of the large starship replica in Vulcan Alberta. ( wiki commons)

Fascinated by Roman mythology a surveyor for the Canadian Pacific Railway decided to name a small settlement after the Roman god of fire.

Thus it was that Vulcan, Alberta got its name in 1910. Vulcan may have been an odd name for decades but the 2,000 or so souls in the small town knew a good opportunity when they saw it which was at the end of the 1960’s.

Located about halfway between Calgary and Lethbridge, it spent most of its life as a quiet farming community.

When a smattering of strangers began turning up to visit, the locals soon learned it was because of the science fiction television series Star Trek, and the attraction to the name of the town which was also the name of the home planet of one of the main characters “Spock”. 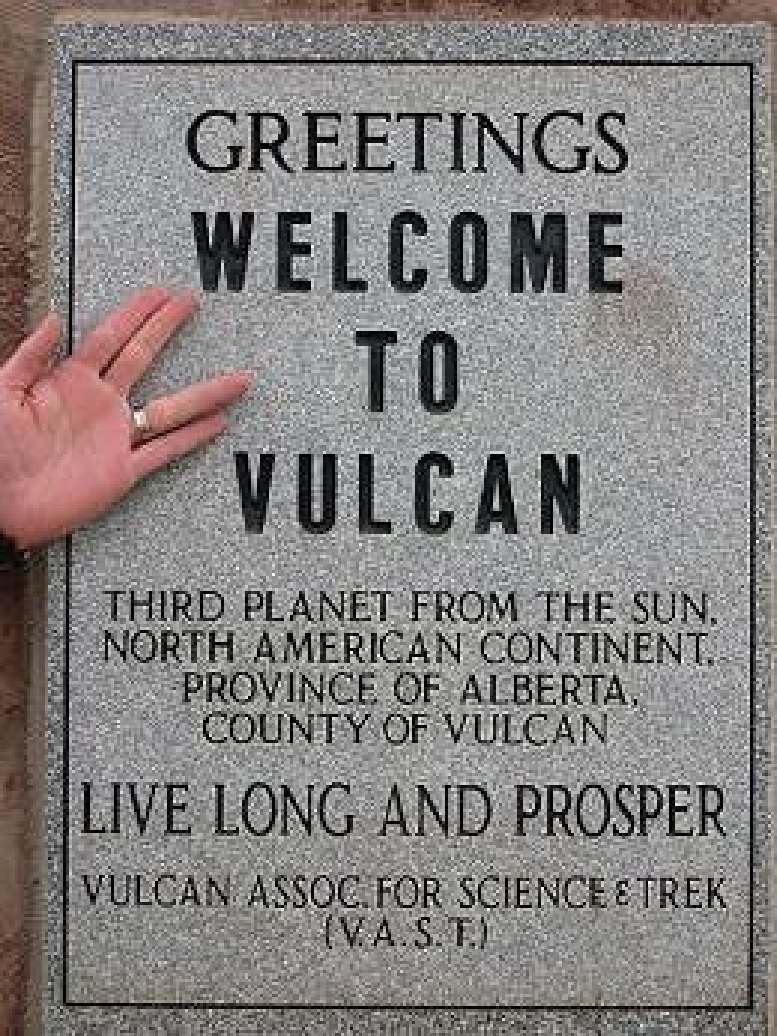 The welcoming plaque, other versions in Klingon and Vulcan. are also on the structure ( wikicommons)(

From the original late 60’s series to the several followup series, the town started to become an annual gathering place, a ‘trek’ to Vulcan so-to-speak for dedicated fans.

Once upon a time known as the ‘Wheat capital of Canada’, the town decided to benefit from added tourist dollars and the farming community had already begun to promote itself as the ‘Star Trek Capital of Canada’. The first Star Trek convention (VulCon) was held in 1992.

Going further with the theme it was decided they should have a giant replica of the Starship Enterprise and so it was that a group called VAST- Vulcan Association for Science and Trek- set out to have one built. Designed to be just slightly different from the “Enterprise” it was built by a local welding shop, with detailing by a local auto body shop. 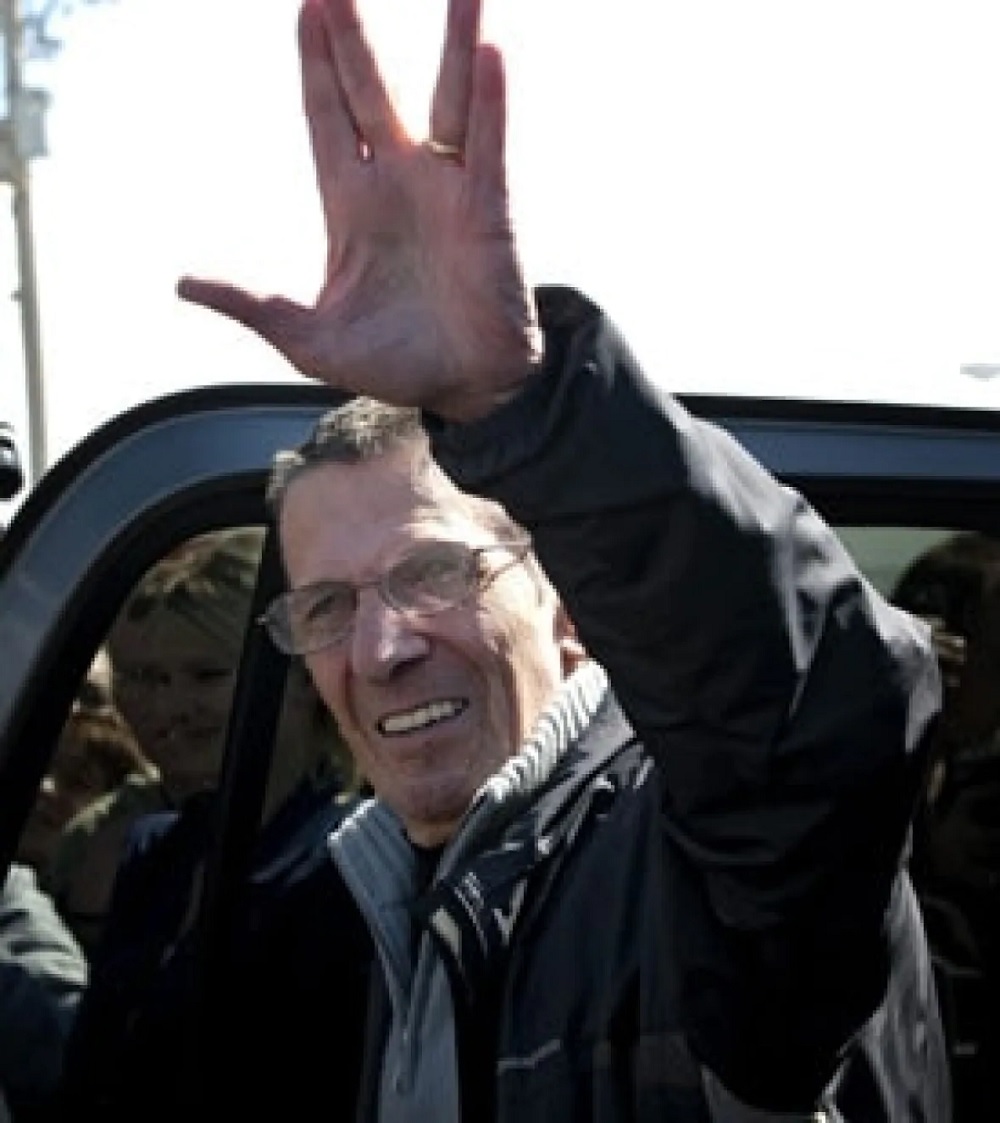 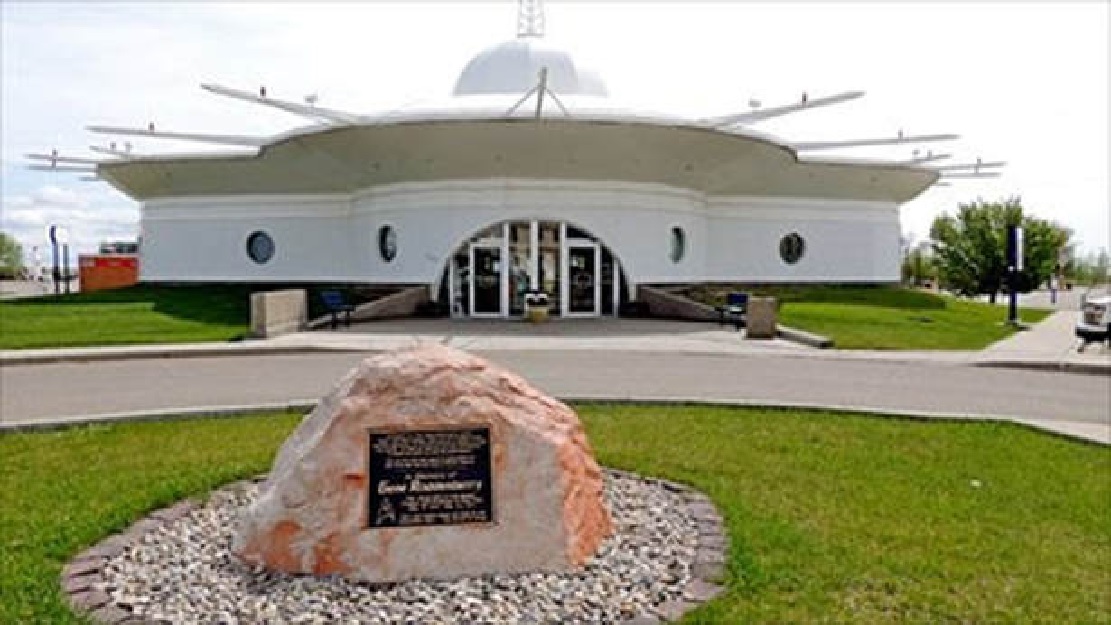 The Vulcan tourism centre built with the space ship theme was opened in 1998 (Vulcantourism.com)

VulCon, the annual ‘trekkie’ gathering attracts a large number of fans each year in June, but unfortunately was cancelled this year due to the coronavirus concerns.