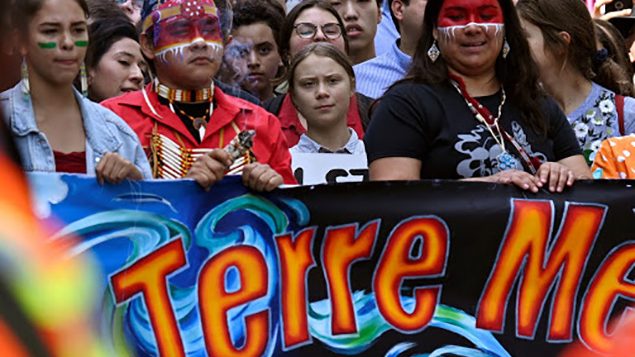 Climate change environmental activist Greta Thunberg takes part in a climate strike march in Montreal on September 27, 2019. Thunberg is urging developing island nations to use the upcoming United Nations Security Council election to push Canada and Norway to step up their games on climate change. Thunberg is one of four youth activists and 22 climate scientists who signed a letter Tuesday to the ambassadors of countries within the UN's group of small island developing states. (REUTERS/Andrej Ivanov)

Greta Thunberg delivers message to Canada ahead of UN vote

As Canada heads to the homestretch in its bid to win a UN Security Council seat next week, it is getting some free (and stern) advice from climate activist Greta Thunberg.

Canada is competing against Norway and Ireland for two seats and Thunberg says neither Norway nor Canada is doing enough to fight climate change.

Both countries, she says, give lip service to climate action but remain steadfast in their commitment to expand fossil fuel production and subsidizing oil companies–something that has long-angered many environmentalists. 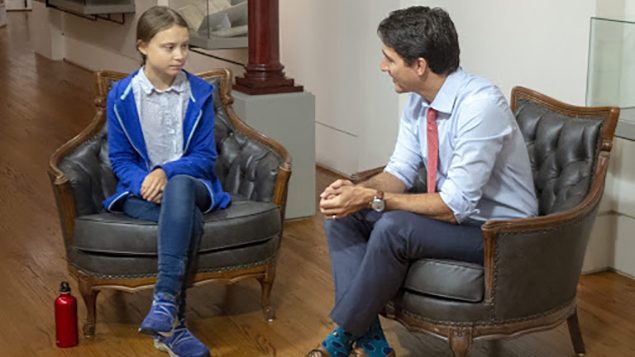 Thunberg’s comments are contained in a letter to UN ambassadors of small island developing nations asking them to raise the issue with Canada and Norway.

“If Norway and Canada are serious about our climate security, they should commit to no new fossil fuel exploration or extraction, and begin phasing down their domestic production at a pace that is consistent with limiting warming to 1.5C,” the letter says.

They include Eddy Carmack, an officer of Order of Canada, who recently retired from Fisheries and Oceans Canada.

(In its annual report, issued last November, Climate Transparency, an international group that compiles data on countries’ emissions and policies, said Canada’s plan to meet its greenhouse-gas emissions targets is among the worst in the G20.)

The writers say that if Canada is serious about implementing the Paris agreement, it should make permanent its temporary ban on extracting oil and gas in the Arctic, cancel both the Trans Mountain and Keystone XL pipeline projects, and end all subsidies to the oil and gas industry. 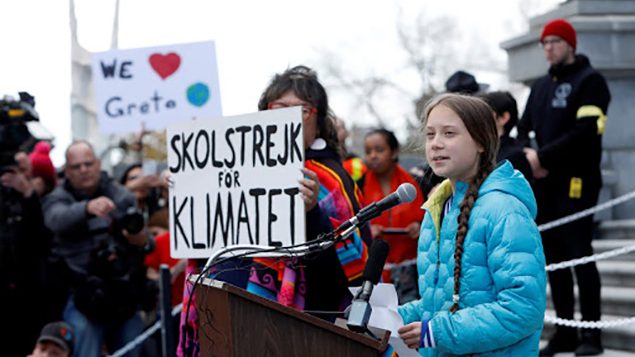 Thunberg speaks during a climate strike at the Alberta Legislature in Edmonton on October 18, 2019. (REUTERS/Amber Bracken)

(Last month, Environment Minister Jonathan Wilkinson told The Canadian Press that the government remains firmly committed to its environmental promises, which were a key part of the Liberal 2019 re-election campaign.

However, he acknowledged that the efforts to slow the spread of the novel coronavirus in Canada will also slow the government’s ability to move on some of its environmental goals.)

The letter gives Canada credit for promising to make climate change a regular part of the Security Council’s discussions, and push for it to create a new special representative for climate security. 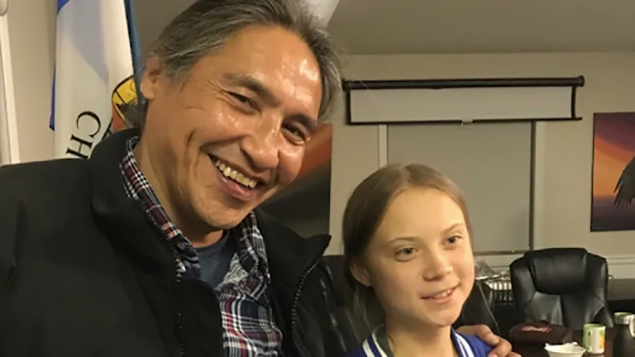 Trudeau has recently devoted much political capital to trying to win the Security Council seat by wooing countries in Africa, Asia and the Caribbean, including most of the more than three-dozen island nations targeted by Wednesday’s letter.

With files from Mia Rabson of The Canadian Press