Prime Minister Justin Trudeau said Friday he is “disappointed” with China’s decision to charge two Canadians with espionage after holding them in detention for over a year and a half.

Former diplomat Michael Kovrig and businessman Michael Spavor were arrested in December 2018, in what was widely regarded as a retaliatory move after Canada arrested Huawei executive Meng Wanzhou at the request of the U.S.

Chinese prosecutors charged Kovrig and Spavor on Friday in an apparent bid to step up pressure on Canada to drop the U.S. extradition request for the 48-year-old daughter of Huawei founder Ren Zhengfei .

The charges were announced by China’s highest prosecutor’s office in brief social media posts. CCTV, a state-owned broadcaster controlled by the Communist regime in Beijing, read the charges live in a national broadcast.

Zhao Lijian, a spokesperson for the Chinese foreign ministry, told reporters the “circumstances are particularly serious,” and that the government has amassed “solid and sufficient” evidence to proceed with the criminal charges against both men. 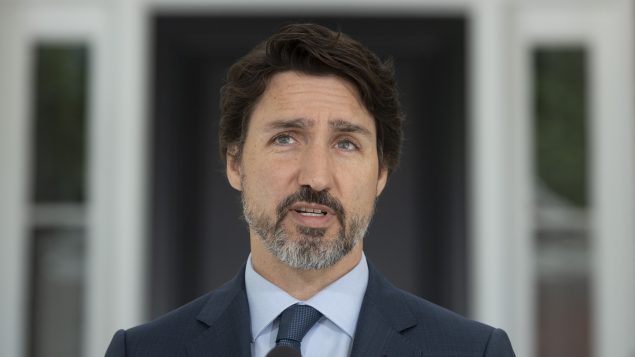 Trudeaus said Canadian officials will continue working not only directly with Chinese officials but also with “allies and friends around the world, who are equally concerned with this arbitrary detention.”

He also promised “plenty of action behind the scenes” to secure the release of Kovrig and Spavor.

Trudeau dodged questions from reporters on whether he considers the two Canadians hostages of the Chinese government.

“The Chinese authorities have directly linked the case of the two Michaels to the judicial proceedings against Ms Meng, which is extremely disappointing because for us it is not, there are obviously no links, except in politics on that,” Trudeau said.

The Canadian government “will not and must not and cannot interfere in the independence of our judiciary,” he added.

While Canadian officials were allowed regular consular visits with Kovrig and Spavor prior to the pandemic, the two men have had no consular visits since January and no access to lawyers or family members since they were first detained.

Under Chinese law, there is no formal timeline for when someone charged with such crimes must go to trial.

Activists and academics have raised serious concerns about the independence of the Chinese judiciary, with critics accusing the court system of being an organ of the Communist party.

Robert Malley, the president and CEO of the International Crisis Group, the company where Kovrig works as a senior adviser on northeast Asian issues, said the charges against Kovrig are bogus and he was not engaged in “espionage.”

“He has become an unfortunate pawn in a larger struggle among the U.S., Canada and China. But today’s charges change nothing to our resolve to secure Michael’s release and to our hope and expectation that he will soon be united with his loved ones,” Malley said.

Beijing has also piled economic pressure on Canada by effectively stopping imports of some key commodities such as canola.

In January of 2019, China handed a death sentence to a convicted Canadian drug smuggler following a sudden retrial.

In the meantime, Meng has remained free on a $10-million bail and resides at one of her two Vancouver mansions.