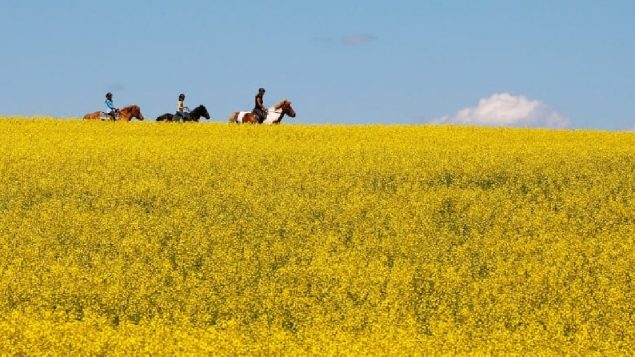 "When the fields of summer are painted the colour of canola, one cannot help but be reminded of Phil’s invaluable career and the tremendous contribution his work has made" Citation for Phil Thomas' induction into the Alberta agriculture Hall of Fame 2010 (Jeff McIntosh- CP)

The passing of “Mr. Canola”

Most Canadians have never heard of him, but in the agriculture industry he was a well-liked ‘star’.

He was Phil Thomas who died on June 13 in Lacombe Alberta at age 76. In Canada’s agriculture world he was known as “Mr. Canola”.

Although he didn’t create the plant, that goes to two other Canadians, , B.R. Stefansson and R.K. Downey, Phil Thomas was the man who knew literally everything about growing the oil seed crop.

In fact, he wrote the book on it in 1984 called simply  Canola Growers Manual. Thanks in large measure to him,  there are now millions of hectares of canola planted every year in Canada producing a crop worth approximately $27 Billion to the economy. 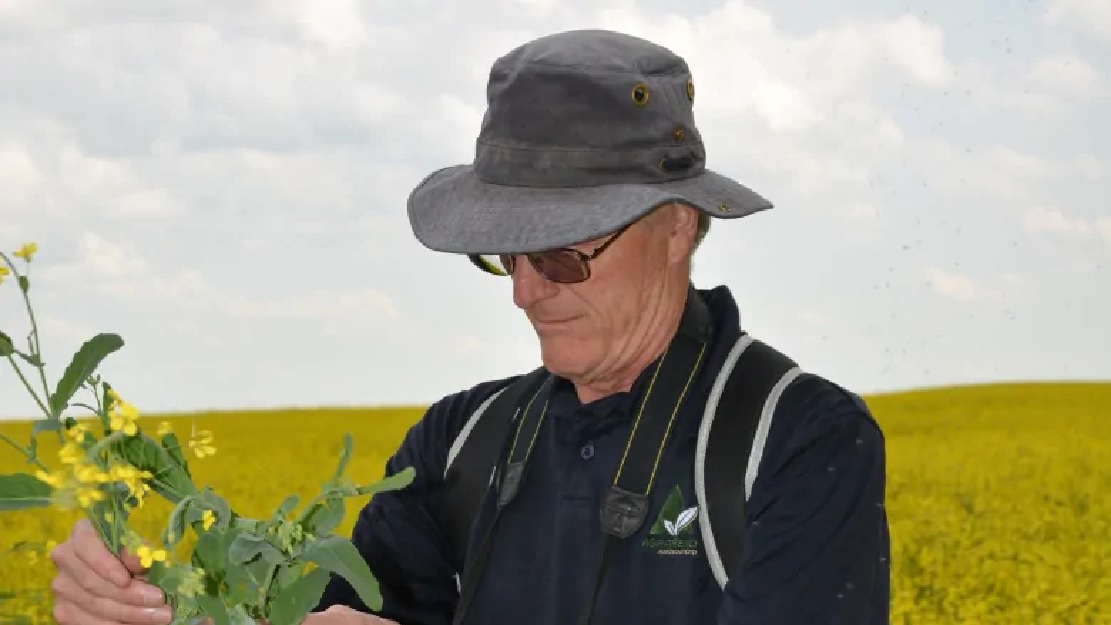 Phil Thomas is remembered by thousands of farmers he advised on the growing of canola, a multi billion dollar crop for Canada (Janet Kanters via CBC)

In his 30 years with Alberta Agriculture and later as an expert on the crop, he was said to know just about every farmer in Alberta. He also shared his knowledge abroad, travelling to the Soviet Union, China, Australia, Sri Lanka, India and South Africa. After Retirement from  his job, he continued as a consultant. He was inducted into the Alberta agriculture Hall of Fame in 2010 for his work and international sharing of knowledge.

The citation reads, Phil Thomas is not only the original “Mr. Canola,” he is a combination of educator, extension worker, radio commentator, supervisor, author, researcher, consultant, advisor, and life-long learner. A prolific author, his works include the Canola Growers Manual and the landmark Alberta Rapeseed Home Study Course. As a guest lecturer, seminar leader, and guest speaker, Phil Thomas has shared his knowledge and expertise about Canada’s canola/rapeseed to audiences in Canada and around the world. He has also made a tremendous impact through his service on numerous local, national and international committees. He is an enthusiastic ambassador, patient teacher and renowned for his knowledge. When the fields of summer are painted the colour of canola, one cannot help but be reminded of Phil’s invaluable career and the tremendous contribution his work has made towards Alberta’s success.

Farmers  in Alberta and elsewhere were deeply saddened to hear of his sudden passing due to a stroke.

Canola is a development of rapeseed  and a relative of mustard and stands for Canadian oil low acid.