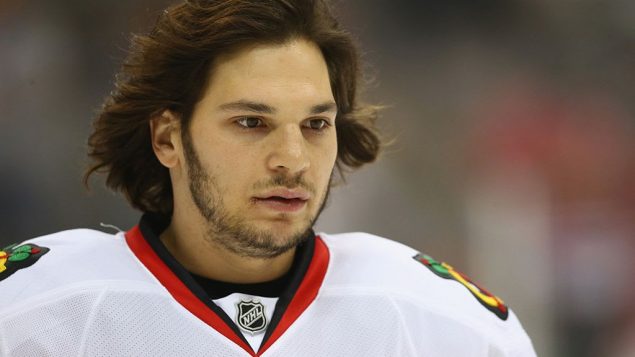 The class-action lawsuit that was filed with the Ontario Superior Court of Justice on Thursday by Carcillo and Garrett Taylor, who both played in the Western Hockey League (WHL), a member of the CHL.

According to Carcillo’s lawyer, James Sayce, the lawsuit is on behalf of all people who played in the CHL and its members, which includes the Ontario Hockey League (OHL), the WHL, or the Quebec Major Junior Hockey League (QMJHL), while under the age of 18.

“I believe this case will give those who were abused a chance to be heard,” Carcillo said in a tweet yesterday. “In my experience, sharing stories of abuse is part of the healing process. It allows a person to take the power back.”

If anyone has any questions regarding the class action lawsuit against the @CHLHockey that was filed today, you can reach out to my lawyer James Sayce jsayce@kmlaw.ca@OHLHockey @TheWHL @QMJHL #ohl #whl #hockey #abuse #nhl #hazing #accountability pic.twitter.com/chJeMDtJFg

The lawsuit, which Radio-Canada International obtained, alleges that the Canadian major junior hockey is plagued by rampant bullying, hazing and abuse of younger players, and though survivors of such abuse have come forward, the CHL and its members have ignored to address the issues.

It also alleges that the CHL and its members have not made any meaningful attempts to  prevent the abuse and have perpetuated a toxic environment that allows discriminatory, racist, and homophobic which includes physical and sexual assault on underage players.

None of the allegations have been proven in a court of law.

According to Sayce, the lawsuit is looking to enhance protections for younger players in the CHL, as well as compensate the players who suffered, and continue to suffer from trauma associated with the abuse.

Radio Canada International reached out to the CHL, but they were only able to provide a brief statement.

“We have not been served with any court documents and therefore have no comment at this time.”

Sayce said that a certification motion for a judge to approve the class-action lawsuit will need to be scheduled.