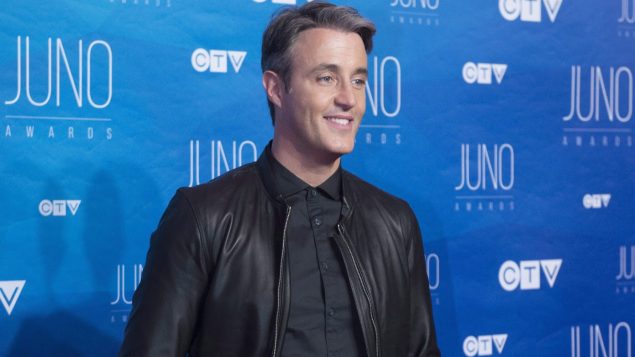 Ben Mulroney poses on the red carpet as he arrives at the Juno Awards show, Sunday, April 2, 2017 in Ottawa. CTV says Mulroney will step down as anchor of "etalk" to make room for "diverse voices." (The Canadian Press/Justin Tang)

Ben Mulroney, the longtime host of the daily Canadian entertainment news show, etalk, announced this morning that he is stepping down from his position in order to promote diversity.

During a broadcast of Your Morning, a morning talk show that Mulroney hosts, he said that he is stepping aside from etalk with hope that the next anchor is Black, Indigenous, or a person of colour so they can use the platform to inspire others and to make change.

“While I have certainly worked hard to build my career, I know that systemic racism and injustice helps people like me and harms those that aren’t like me. Often in ways that are invisible to us,” Mulroney said. “This needs to change.”

Mulroney has been the host of etalk since it was created 18 years ago.

The announcement comes shortly after Sasha Exeter, a Black Toronto lifestyle influencer, accused Mulroney’s wife, Jessica Mulroney, of threatening her career and trying to silence a Black woman during the anti-black racism movement. Jessica Mulroney later made a statement on the issue on Instagram.

Jessica Mulroney hosted the show I Do, Redo, which was taken down by its network after the allegations surfaced.

Despite stepping down from being etalk’s anchor, Ben Mulroney will continue to host the morning talk show, Your Morning, and work red-carpet events for etalk.