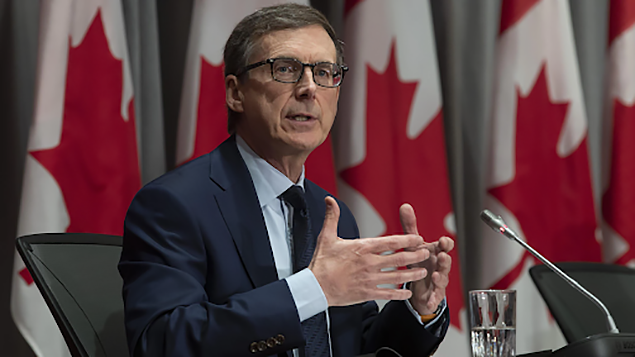 New Bank of Canada governor warns of a ‘bumpy’ road ahead

The new head of the country’s central bank is advising Canadians to prepare for a “prolonged and bumpy” road to recovery from the economic effects of COVID-19.

Bank of Canada Governor Tiff Macklem said Monday the central bank expects to see growth in this year’s third quarter as people are called back to work and households resume some of their normal activities as restrictions ease.

But, he warned, Canadians should not expect a short and sharp economic bounce-back to last, noting that the pandemic has “created an economic shock unlike anything seen in our lifetimes.”

The combination of uneven reopenings across provinces and industries, the unknown course of consumer confidence, and unemployment rates will “likely inflict some lasting damage to demand and supply,” Macklem said in a webcast speech to Canadian Clubs.

And, he added, the pandemic will leave some long-term economic damage that will only become clearer as the country moves forward.

Macklem delivered his assessment the same day the Conference Board of Canada issued a report estimating that the Canadian economy will shrink 8.2 per cent this year, then return to growth with a 6.7 per cent rise in 2021 and 4.8 per cent in 2022 — provided there are no more national shutdowns.

Earlier this month, an Organization for Economic Co-operation and Development (OECD) report predicted that Canada’s economic hit from COVID-19 could be worse than in other places but the bounceback could be higher. 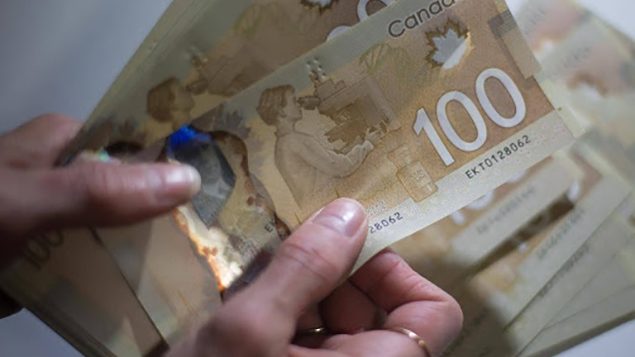 Canadian $100 bills are counted in Toronto, Feb. 2, 2016. The Conference Board of Canada says the economy may have already begun to recover from the deepest recession on record if the country can avoid another national COVID-related shutdown. (THE CANADIAN PRESS/Graeme Roy)

The report predicted a decline of at least eight per cent this year, followed by a bounceback of 3.9 per cent.

However, it also said that if and when the second wave were to come, that could cause the damage to Canada to be as high as 9.4 per cent.

“We should also see some pent-up demand giving a boost to spending,” he said, but added that ongoing physical distancing rules may mean workplaces can’t be as productive as they once were, and that many services will remain difficult to deliver. 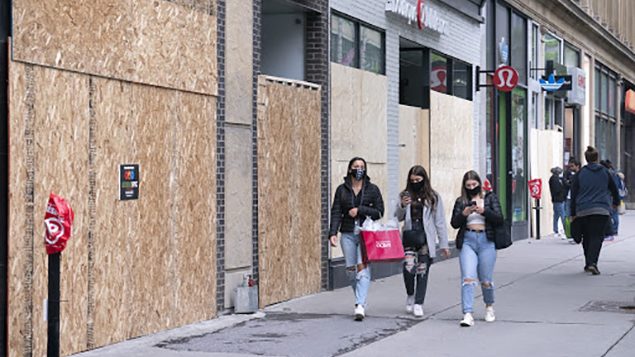 The combination suggests the economy’s productive capacity will take a hit that will persist even as public health restrictions ease, he said.

“But not everyone’s job will come back, and uncertainty will linger,” said Macklem, who succeeded Stephen Poloz in the post earlier this month.

“Some companies aren’t going to make it to the other side of this. New companies will form, existing companies will seize new opportunities, but that takes some time and that’s going to be a slower, bumpier process that is going to require ongoing support,” Macklem told a midday press conference in Ottawa.

Last week, Statistics Canada reported the annual pace of inflation was -0.4 per cent in May, marking the second consecutive month for negative annual inflation after a reading of -0.2 per cent in April.

Macklem said Monday the Bank of Canada will provide “a central planning scenario for output and inflation” and related risks when it releases an updated monetary policy report next month.

“If, as we expect, supply is restored more quickly than demand, this could lead to a large gap between the two, putting a lot of downward pressure on inflation,” he said.

“Our main concern is to avoid a persistent drop in inflation by helping Canadians get back to work.” 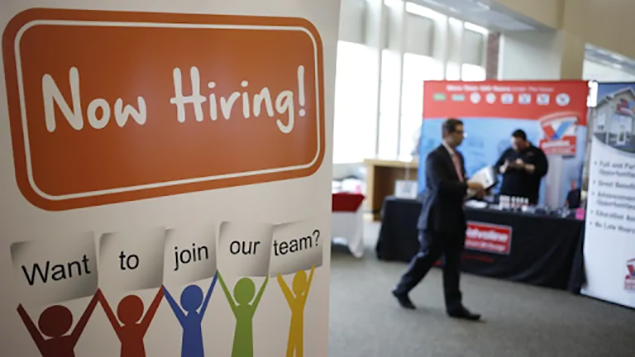 Canada’s jobless rate is hovering at around 13.7 per cent. (BLOOMBERG/Luke Sharrett)

The central bank targets an annual inflation rate of two per cent as measured by Statistics Canada’s consumer price index.

Earlier this month, Statistics Canada reported that after losing more than three million jobs in March and April, Canada’s economy added 290,000 jobs in May.

Despite the job gains, the CBC’s Pete Evans reported, Canada’s official unemployment rate rose to 13.7 per cent, as 491,000 more people were looking for work in the job market, notably students, whose search for summer work isn’t normally recorded in the months before May.

So far, the central bank’s response to the pandemic has been a drop to its policy interest rate to 0.25 per cent.

Macklem said Monday that is as low as it will go.