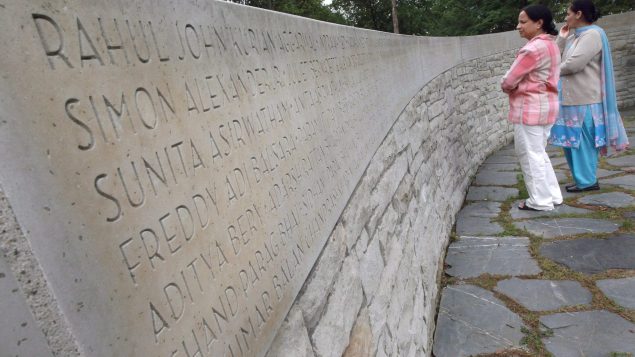 Karamjit Rai, left, and Manjit Bhatti pause to remember Rai's brother and Bhatti's brother-in-law, Daljit Singh Grewal who died, during a memorial marking the 25th anniversary of the Air India bombing at a monument in Vancouver, B.C., on June 23, 2010. (Darryl Dyck/THE CANADIAN PRESS)

Air India Flight 182 disappeared from radar off the coast of Ireland after a bomb exploded on the airplane on June 23, 1985, killing 329 people.

Among the dead were 280 Canadians and 86 children.

“The attack was an act of unspeakable malice and remains the deadliest terrorist attack in Canadian history,” Trudeau said in a statement. “It was a shock to our country, and a threat to our collective sense of security.”

Only one man has been convicted in relation to the bombing and is now free, having served 30 years for lying in court and for his role in the crime.

Crown lawyers alleged the bombing was a terrorist attack against state-owned Air India, an act of revenge by Sikh extremists based in Canada against the Indian government for ordering the army to raid Sikhism’s holiest shrine, the Golden Temple in Amritsar, in June 1984.

As well as the 329 killed on the plane, two Japanese baggage handlers were killed at Tokyo’s Narita airport on the same day when a suitcase exploded before it was loaded onto another Air India plane. 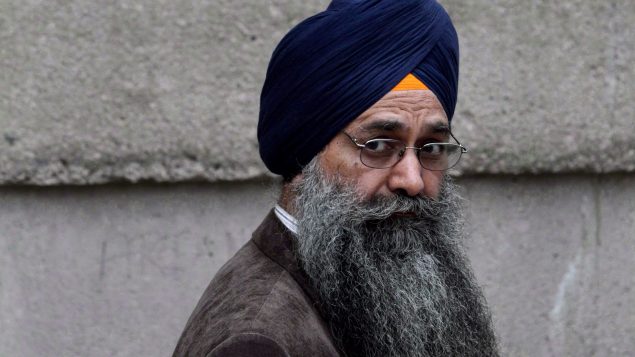 Inderjit Singh Reyat, the only man ever convicted in the Air India bombings of 1985, waits outside B.C. Supreme Court in Vancouver on September 10, 2010. (Darryl Dyck/THE CANADIAN PRESS)

Inderjit Singh Reyat, a mechanic, pleaded guilty to reduced charges of helping to make the bombs at his home in Duncan, British Columbia.

Reyat had also been convicted of committing perjury at the trials of two other B.C. men, Ajaib Singh Bagri and Ripudaman Singh Malik, who were acquitted of murder and conspiracy charges in the two bombings.

The man who Canadian authorities suspected of being the mastermind of the bomb plot, Talwinder Singh Parmar, was killed in India by police.

In 2005, the federal government proclaimed June 23 National Day of Remembrance for Victims of Terrorism.

“Terrorism in Canada did not begin with this heinous act and, sadly, did not end there either,” Trudeau said in a tribute “to all Canadians victims of terrorism.”

“Those who commit these cowardly acts seek to instill fear and divide us. They will not succeed. Canadians will always choose compassion over hate and acceptance over intolerance,” Trudeau said. “We are at our best and most resilient when we embrace diversity and equality, and these acts of terrorism only strengthen our resolve to build a more inclusive Canada.”