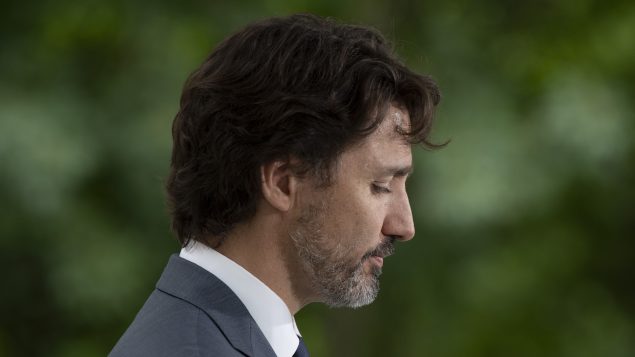 Trading the two Canadians jailed in China for the top Huawei executive held under house arrest in Canada on a U.S. extradition request would put millions of Canadians at risk, Prime Minister Justin Trudeau said Thursday.

Speaking at his daily pandemic briefing in Ottawa, Trudeau responded to comments by a top Chinese official who signalled Wednesday that Beijing is ready to discuss freeing the two Canadians jailed for over 560 days on charges of espionage if Ottawa stops extradition proceedings against Huawei chief financial officer Meng Wanzhou.

Former Canadian diplomat Michael Kovrig and entrepreneur Michael Spavor – who’ve come to be known as the Two Michaels – were arrested separately nine days after Canadian authorities arrested Meng on Dec. 1, 2018, during a layover at the Vancouver airport.

In a media briefing Wednesday, Zhao Lijian, the spokesperson for China’s foreign ministry, linked the two matters, citing legal opinion by former officials and top legal experts and comments by Kovrig’s estranged wife, Vina Nadjibulla, who had argued that Canada’s justice minister has the power to end Meng’s extradition to the United States.

“Such options are within the rule of law and could open up space for resolution to the situation of the two Canadians,” Zhao said.

Speaking to reporters on Thursday, Trudeau rejected the notion out of hand.

‘No Canadian will be safe going forward’

“I have met with a number of family members and I feel deeply for not just the Two Michaels, who are in a very difficult situation, but their families who have endured a year and a half of difficulties with this arbitrary detention by Chinese authorities,” Trudeau said.

“But it is not just the Two Michaels that are at question here: it is every Canadian who travels to China or anywhere else overseas. If the Chinese government concludes from this exchange and this interaction that it is an effective way to gain leverage over Canadians and over the Canadian government to randomly arrest Canadians, then no Canadian will be safe going forward.”

The comments by the top Chinese official came on the same day as a group of high-profile Canadians, including former parliamentarians and senior diplomats, said in an open letter to Trudeau that Justice Minister David Lametti should end Meng’s extradition proceedings to give Canada a chance to “re-define its strategic approach to China.”

‘I deeply disagree with them’

The open letter signed by former Liberal justice minister Allan Rock and former Supreme Court judge Louise Arbour, citing a legal opinion from Brian Greenspan, a Toronto lawyer with decades of experience in extradition cases, said the federal government is wrong to claim it doesn’t have the legal authority to intervene in the Meng extradition case.

They said the federal justice minister “may at any time withdraw” support from an extradition case, which triggers a court-ordered release of the extradition subject.

Trudeau said while he respects the signatories of the open letter, he “deeply” disagrees with them.

“The idea of solving a short-term situation by creating a precedent that demonstrates to China that all they or another country has to do is randomly arrest a handful of Canadians, to put political pressure on a government… would endanger the millions of Canadians who live and travel overseas every single year,” Trudeau said.

“We cannot allow political pressures or random arrests of Canadian citizens to influence the functioning of our justice system.”