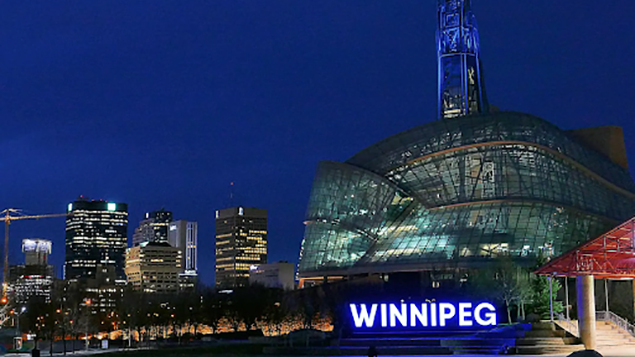 The Canadian Museum for Human Rights, a Crown Corporation, has been dealing with fallout from allegations of racism, its admission that it censored and sometimes hid LGBT content and charges that it ignored sexual harassment complaints. On Thursday its president and CEO resigned. (Tyson Koschik/CBC)

After a host of allegations, Human Rights Museum CEO resigns

The president and CEO of the Canadian Museum for Human Rights in Winnipeg has resigned.

John Young’s departure follows allegations of sexual harassment and racism, as well as complaints that staff were forced to censor LGBT content.

The museum’s board of trustees said in a statement Thursday night it believed it was in the best interests of the museum that Young resign immediately.

Young, who had been at the museum since August 2015, announced last week that he planned to step down at the end of his term in August. 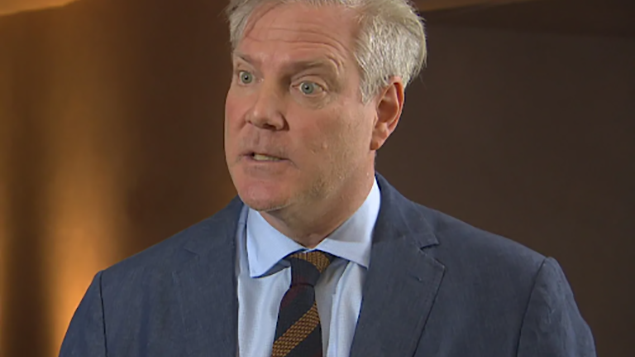 Canadian Museum for Human Rights CEO and president John Young is out as the Crown Corporation.  (Jaison Empson/CBC)

Earlier this month, Federal Heritage Minister Steven Guilbeault said in a statement he had been informed about apparent cases of self-censorship of LGBTQ realities at the museum, saying  the federal government expects national museums to be held to the highest standards of inclusiveness, social awareness and respect.

“An institution like the Canadian Museum for Human Rights should not be perceived as condoning homophobia or engaging in self-censorship. Its role is to expose the realities of those whose voices have been silenced, not to silence them even more,” Guilbeault said.

The museum confirmed that from January 2015 until the middle of 2017, schools and classes could make a request for content to be excluded. That included stories about diverse sexual orientations and gender identities.

The museum issued an apology for those actions last week. 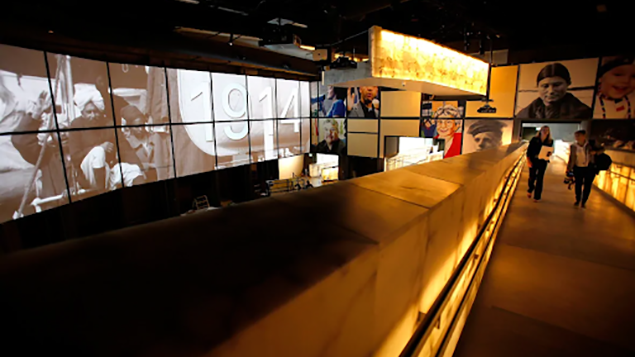 The Canadian Journeys exhibit, which has a same-sex marriage display, is seen from above in the days before the museum opened in 2014. (THE CANADIAN PRESS/John Woods)

Last Thursday, former Winnipeg mayor Glen Murray announced his resignation from the board of Friends of the Canadian Museum for Human Rights.

“I’ve resigned from the Board of Friends of #CMHR over this betrayal of its mandate & all of us who worked hard to see it built & whose stories of overcoming hate are told within its walls,” Murray wrote on Twitter.

“Shocked there is no public apology or outreach to communities.”

The federal government decides who to appoint as CEO of the Crown Corporation.

Federal funding accounted for $30.3 million of its revenue that year, with charitable donations adding up to $7.8 million and operating revenue, including admission fees, totalling $3.4 million.

With files from CBC News (Austin Grabish), The Canadian Press