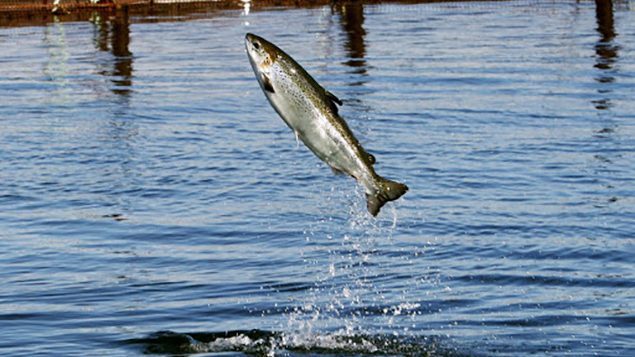 In this Oct. 12, 2008 file photo, an Atlantic salmon leaps while swimming inside a farm pen near Eastport, Maine. A report from a group advocating for the conservation of wild Atlantic salmon says the number of salmon returning to North America rivers fell to near-historic lows last year. THE (CANADIAN PRESS/AP/Robert F. Bukaty)

A prominent conservation group is sounding an alarm about the state–and fate–of the salmon fishery off Canada’s East Coast.

In recent decades, the harvest of salmon has been significantly reduced through a series of conservation measures, helping to stabilize some populations, but the Atlantic Salmon Federation says the species has recently been declining again–approaching a near-historic low last year.

The group’s annual “State of Wild Atlantic Salmon Report,” released Thursday, indicates that returns for large salmon in 2019 were the third lowest in the past 50 years.

The group says the downward trend “threatens the sustainability of the species.” 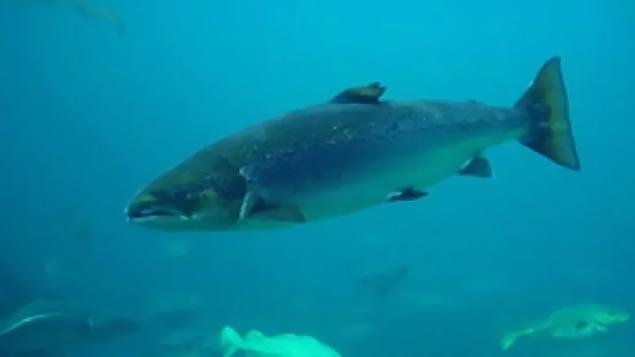 A new study found that returns for large salmon last year were the third lowest in the past 50 years. (CBC)

The federation defines large salmon as adult Atlantic salmon that have spent two or more years at sea and have spawned at least twice.

The federation says the salmon are struggling to adapt to warming rivers and pressure from human development that continues to alter waterways and landscapes.

“The combined effect is that fewer juvenile salmon parr are living to become smolt, and fewer smolt are making it successfully to their ocean feeding grounds,” says Bill Taylor, the federation’s president.

The vast majority of large salmon in North America return to three regions: Labrador, Quebec and the southern Gulf of St. Lawrence.

The Atlantic Salmon Federation study estimates that 103,900 large salmon returned to the 86 rivers studied in 2019, down from estimates of about 131,800 the year before.

Indigenous harvesters take 57 per cent of the allowed catch of the salmon, recreational fisheries take 40 per cent, a local Labrador food fishery takes two per cent and residents of St-Pierre-Miquelon take one per cent.

These groups caught a total of 127 tonnes of the species last year. 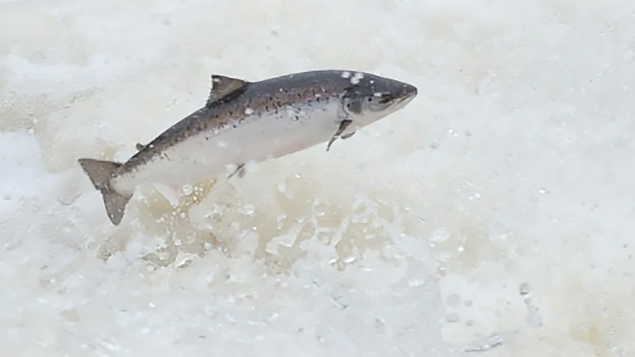 The federation also says the federal Fisheries Department must follow up on its Wild Atlantic Salmon Conservation Policy and “to go further by supporting a new model for conservation that includes the provinces, Indigenous groups, and non-governmental organizations.”

The federation says partners in Greenland and Iceland have agreed to reduce harvests at sea, but Tayor says much remains to be done in rivers in Canada and the United States.