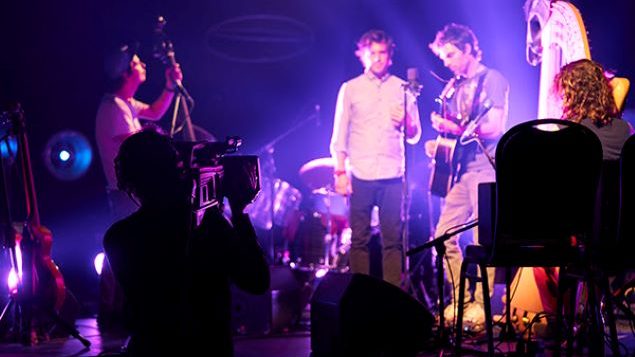 The online edition of the Montreal International Jazz Festival is a 4-day feast of music presentations by “la creme de la creme” of local artists.

On Thursday, June 25, as I was writing this second Safe&Sound music column, the Montreal International Jazz Festival was supposed to be launching its 41st edition, with such seminal artists as Israeli bassist Avishai Cohen, Harlem-born bluesman Taj Mahal or the Japanese bombastic pianist Hiromi.

If everything were normal, two weeks of celebrations would be now unfolding in the heart of Montreal downtown, with free outdoor shows and major acts in indoor venues of the Place des Arts. That’s where up to 2 million visitors gather each year, making the event the world’s largest jazz festival. Needless to say, the “JazzFest” is considered the jewel in the crown of the wide array of festivals hosted by Canada’s French metropolis each summer.

But this celebration won’t happen this year, as in early April, the province of Quebec prohibited events with large gatherings because of the ongoing COVID-19 pandemic, and the event’s organizers announced they were cancelling the JazzFest’s 2020 edition. Many Montrealers like me certainly felt like they had lost their crown, and all its precious jewels.

The production team had no choice but to postpone most planned shows until the 2021 edition. Unfortunately, no new date was possible to receive Taj Mahal next year. Nor the “exquisite” Portuguese contemporary fado singer Ana Moura.

But, oh surprise!, a solution was found : the festival is now going online, with pre-recorded performances of Montreal-based artists such as Brazilian singer Bïa, The Barr Brothers, and many other talented musicians who would have performed at the festival anyway. The audience is invited to watch the online concerts on a well-known social network.

Although this year’s Jazz Fest won’t be as international as usual, the online edition that will unfold on June 27 – 30 is a 4-day feast of music presentations by “la creme de la creme” of local artists. And most of them have crossed borders, or their parents did, to finally settle and perform their art in Montreal.

Let’s have a look at the programming that will be available for free to the connected listeners worldwide.

Starting this Saturday, June 27, 21 artists will perform each day a sample of their work during a 15- to 20-minute set. The mini-shows have been pre-recorded at L’Astral, the intimate concert venue located in the heart of Montreal’s Quartier des Spectacles — which is, by the way, Canada’s largest Entertainment District. 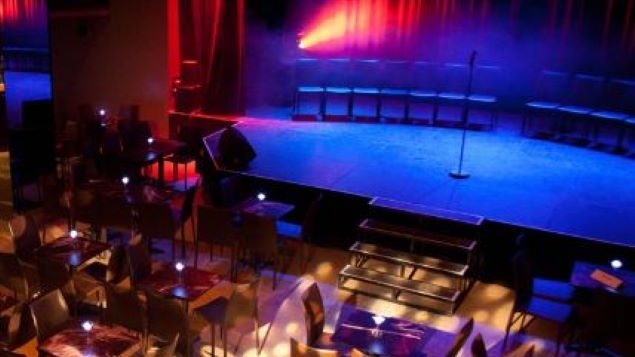 The 2020 online edition of the festival was recorded at L’Astral, a fine music venue inaugurated in 2011 in the century-old Blumenthal Building, which now hosts the headquarters of the festival. (Montreal International Jazz Festival)

Each day, the online broadcasting starts at 6:00 pm E.S.T with a first artist performing during an “apéro session” (“apéro” being a short for “apéritif”, the French tradition of having a drink before supper), followed by a series of four presentations, handed to us like a sampling of local talent. To close the night, the festival offers, each day at 8:23pm precisely, a musical gem from its archives of legendary live jazz recordings, featuring Canadian pianists Oscar Peterson and OIiver Jones, bassist Jaco Pastorius, trumpet star Miles Davis, and vocalist Sarah Vaughan.

Of course, you might think that this year’s edition would be less international since travels are not yet allowed, but then you would forget that Montreal has its share of musicians coming from the world over.

June 27 being the Canadian Multiculturalism Day, the lineup includes artists from Mali, Cuba, Cameroon, Democratic Republic of the Congo, Colombia, Haiti, Ethiopia, England, Poland, and also from Nunavik, home to Inuit people of northern Quebec. That’s quite an international casting, isn’t it?

Now, please allow me to share my personal “coups de coeur” among the selected artists.

Originating from the French Caribbean island of Guadeloupe, Malika is a singer, songwriter, pianist and composer. She studied Jazz at the renowned Music Faculty of the Université de Montreal, and soon found her voice among Montreal’s hip-hop and soul-jazz community of artists.

She was invited to join New York’s band Snarky Puppy, with whom she later formed the group Bokanté (meaning “exchange”, in Creole). Her second album, What Heat, was nominated for a Grammy Award in 2019 for the Best World Music Album.

There has always been a stage dedicated to blues at the Montreal International Jazz Festival, and this Montrealer multi-instrumentalist and amazing guitar player is certainly an “habitué” of the festival, playing multiple times on its stages since 1997. Actually, Jordan is part of the crew of artists produced by the festival’s own label, Spectra Musique.

Blues, jazz, country or rock n’roll, Jordan Officer plays it all. His sensibility and soft-spoken voice was at times compared to J.J Cale, but the vintage energy of his guitar playing can also be reminiscent of Buddy Guy. His latest album, Three Rivers, was produced by Charley Drayton, drummer for Keith Richards, and inspired by his long journey in the American South, the land of Blues.

Elisapie Isaac spent her childhood in Nunavik, but moved to Montreal 20 years ago and started a musical career and won a Juno Award (Canada’s most prestigious music competition) in 2005 with her first album, Taima, and was nominated for another Juno Award for Indigenous Music Album of the Year in 2019 for The Ballad of the Runaway Girl. She sings in inuktitut, English and French.

Trained as a Journalist, she also is a documentary filmmaker and her story-telling is firmly rooted in her Inuit culture and the fast-changing lifestyle of Inuit people in Nunavik. Her 2003 documentary If the Weather Permits, filmed in northern Quebec, received several awards.

Born and raised in Montreal of Haitian parents, Dominique started to sing at 17 and became popular in  Quebec in 2015 as she went into semi-finals in the TV singing competition La Voix (Quebec’s equivalent of The Voice). As a singer and songwriter, she launched her solo career in 2018 with Nameless, the first album of a trilogy devoted to the history of African-American music and inspired by blues and by Still I Rise, a poem by Afro-American activist Maya Angelou.

This first installment was shortly followed by Stay Tuned!, which explores jazz music and was shortlisted for the 2019 Polaris Music Prize – a national Canadian competition of up-and-coming musicians. Last month, she was also named by Radio-Canada the Jazz Revelation of 2019-2020.

Dominique Fils-Aimé, like all the artists selected for this online edition of the Jazz Fest, are pure products of Montreal’s multicultural art scene, where music blends with dance and film. And for once, instead of receiving foreign musicians, let’s bet that this free, online edition will be an opportunity to export Quebec’s local talents and have them tour the world next year!