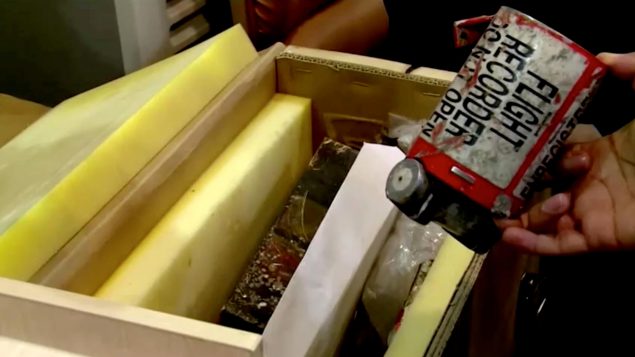 A crate purportedly containing the two black boxes, which was recovered from the crashed Ukrainian airliner. (IRIB VIA WANA/Handout via REUTERS)

Iran will send the black boxes from a Ukrainian passenger jet shot down by the Islamic Revolutionary Guard Corps in January to France to be deciphered next month, the International Civil Aviation Organization (ICAO) said today.

Fifty-five Canadian citizens and 30 permanent residents of Canada were among the 176 people killed when Ukraine International Airlines Flight PS752 was shot down by two Iranian missiles shortly after takeoff from Tehran on Jan. 8.

After initially denying any responsibility for the crash, Iranian officials were forced to admit that an IRGC air defence battery unintentionally shot down the airliner minutes after departing Tehran’s Imam Khomeini International Airport amid heightened tensions with U.S. forces in neighbouring Iraq.

The Montreal-based UN civil aviation agency announced on Twitter that Iran had informed it that the flight data recorder and cockpit voice recorder would be read out in France on July 20 with the participation of all countries involved.

Iran has advised today’s ICAO Council Session that #PS752 black boxes are to be read-out in France on 20 July, employing #COVID19 protocols while assuring the participation of representatives from all countries involved. ICAO advisors will continue supporting all parties.

The French Civil Aviation Safety Investigation Authority, BEA, confirmed that Iran had requested its technical assistance with repairing the boxes and downloading their data.

Canada’s Transportation Safety Board confirmed that agency “has been invited to participate in the download of the recorders and will deploy a team of investigators who specialize in aircraft recorder download and analysis.”

The TSB will be sending a team of investigators to participate in the download of CVR & FDR. A statement will follow.https://t.co/F87eihRVFq

“We will continue to hold Iran to account and seek accountability, transparency, justice and compensation for the victims of this tragedy, including a thorough, credible and transparent investigation,” said the statement.

Hamed Esmaeilion, spokesperson for the association representing the families of the Canadians who died on the flight from Tehran to Kyiv, told Radio Canada International that the tweet by ICAO “continues to raise questions and disappoint.”

“The black box is merely the first small window into this horrific crime and will not tell all of the story behind the atrocities that took our loved ones from us,” said Esmaeilion, whose wife Parisa and nine-year-old daughter Reera died on the flight.

“The Iranian government has successfully mocked and deceived the international community, especially the complacent ICAO, to be happy when whatever remains of the black boxes are delivered.” 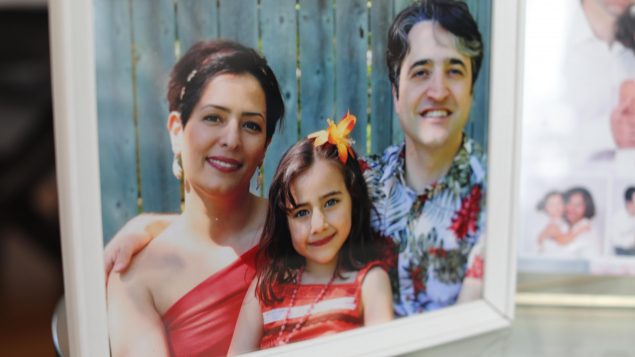 He said the victims’ families “will not fall for this” and “will not be distracted by compensation without independent investigation, adjudication under international law.”

According to the Convention on International Civil Aviation, also known as Chicago Convention, Iran — as the country where the incident occurred — is “responsible for the conduct of the investigation.”

Ukraine, which operated the aircraft, and the U.S., which designed and built it, are also entitled to appoint accredited representatives to take part in an investigation. 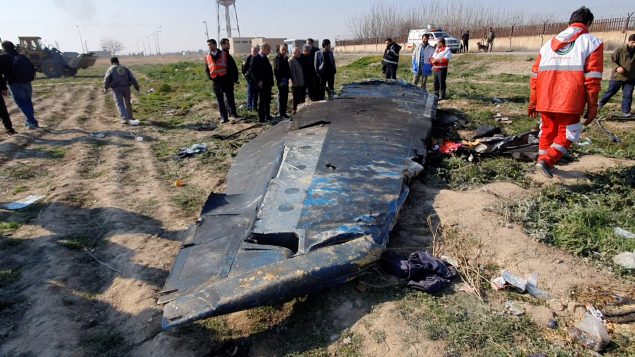 General view of the debris of the Ukraine International Airlines, flight PS752, Boeing 737-800 plane that crashed after take-off from Iran’s Imam Khomeini airport, on the outskirts of Tehran, Iran Jan. 8, 2020 is seen in this screen grab obtained from a social media video via (REUTERS)

Canada, as a state that has a “special interest” in the accident by virtue of the number of its citizens affected by it, is also entitled to appoint experts to the accident investigation, according to the convention.

Canadian experts are entitled to visit the scene of the accident and to access relevant factual information approved for public release by Iran, as well as information on the progress of the investigation and a copy of the final report.

They are not, however, allowed active participation in the air transportation safety investigation, TSB said in a statement.