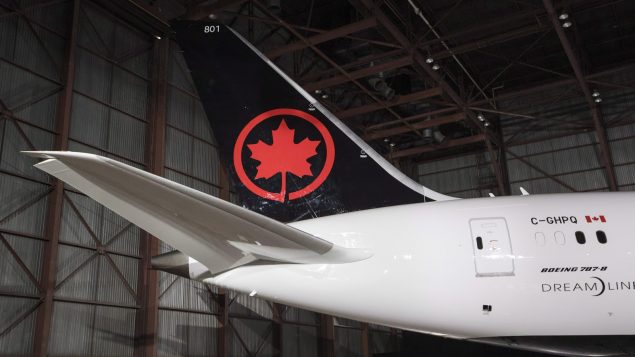 The tail of the newly revealed Air Canada Boeing 787-8 Dreamliner aircraft is seen at a hangar at the Toronto Pearson International Airport in Mississauga, Ont., Thursday, February 9, 2017. Air Canada says it is indefinitely suspending service on 30 domestic regional routes and closing eight stations at regional airports. (The Canadian Press/Mark Blinch)

Air Canada is indefinitely suspending service of 30 domestic regional routes and closing eight stations at regional airports across Canada, according to a press release from the company on Tuesday.

“These structural changes to Air Canada’s domestic regional network are being made as a result of continuing weak demand for both business and leisure travel due to COVID-19 and provincial and federal government-imposed travel restrictions and border closures, which are diminishing prospects for a near-to-mid-term recovery,” the company said in a statement.

Air Canada added that they expect the airline industry will need a minimum of three years to fully recover, therefore other changes to its services and schedule, and further suspensions will be considered in the coming weeks to reduce its costs structure.

According to the press release, Air Canada reported a net loss of $1.05 billion in the first quarter of 2020 due to the COVID-19 pandemic. In order to lower costs, Air Canada reduced its workforce by about 20,000 people which represented over 50 per cent of its staff through layoffs, severances, early retirement and special leaves.

The following routes are going to be suspended: