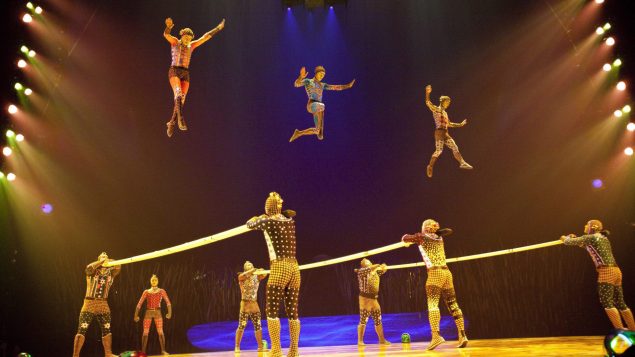 Members of Le Cirque du Soleil perform in a preview of Totem on Thursday April 8, 2010 in Montreal. The famed troop is more than a little earthbound these days financially. (THE CANADIAN PRESS/Paul Chiasson)

The battle to save Cirque du Soleil takes another turn

The financial soap opera that is now the Cirque du Soleil has taken another turn.

In a move it hopes will brighten the path to financial solvency, the company filed for bankruptcy protection on Monday following a roller-coaster ride this spring that has left players, supporters and investors gasping for air.

Here’s what we know.

A group of existing investors, with backing from the Quebec government’s investment wing, Investissement Québec, already has a deal in place to take over the company, inject $300 million US and provide financial support for hundreds of laid-off workers.

Nothing to it, right?

“I can tell you, with guarantee, the survival of Cirque du Soleil is ensured,” President and CEO Daniel Lamarre told reporters, including the Montreal Gazette’s Herb Zurkowski, on Monday.

“I have a guaranteed proposal on the table that ensures the future of our company. I know at the end of this I’ll have an owner and I’ll have ensured the survival of Cirque du Soleil.” 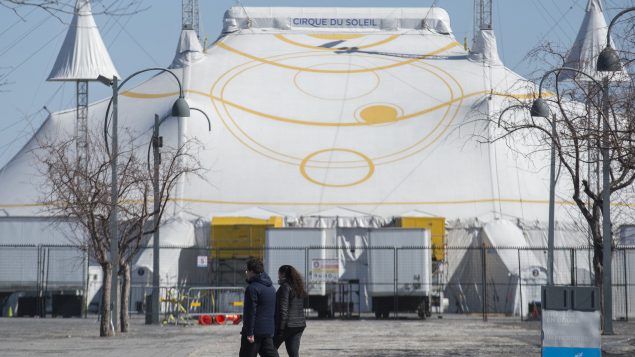 A man and woman walk by the Cirque du Soleil Big Top in Montreal’s Old Port, Saturday, March 21, 2020, as COVID-19 cases were rising in Canada and around the world, forcing the company to lay off virtually its entire workforce. (THE CANADIAN PRESS/Graham Hughes)

That’s if everything goes according to plan–something that remains no sure thing for Cirque du Soleil, whose world-wide fame–once upon a time–was a source of immense pride–and great joy–for so many in Quebec.

The troupe, after all, was started in 1984 by a bunch of street performers with outlandish dreams in the picturesque Quebec countryside.

And it took off from there.

Those street performers, including their leader, Guy Laliberté, managed to turn those dreams into reality–fame, fortune and shows in every corner of the earth, or so it seemed.

And with every success came more tickles to Quebec’s collective fancy.

The local kids really were making good, or so it very much appeared (though there were more than a few who feared that Laliberté and his pals–as their fame and fortunes grew–might be flying just a little too close to the sun).

Maybe that’s why Cirque du Soleil’s long, slow descent to the Show Business shoals weighs just a tad heavy on a lot of people across the province.

And why so many are likely hoping Lamarre isn’t just whistling past the financial graveyard–a place where many observers believe the circus helped dig its own grave. 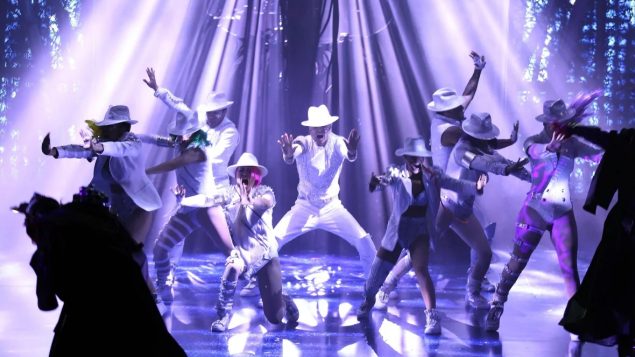 For it came as little surprise to many that–even before the COVID-19 pandemic struck Cirque du Soleil a severe blow this spring–the company had fallen into heavy debt following a string of major acquisitions aimed at diversifying its business operations beyond the lavish live spectacles it presented around the world.

By this year, it was estimated the company owed creditors around $900 million US.

Following the roller-coaster ride this spring that saw the troupe fold all its shows and lay off 95 per cent of its over 4,600 employees in March before being tossed a US$200 million lifeline by the Government of Quebec in May, the company announced Monday–as it announced the termination of approximately 3,480 employees previously furloughed in March–that Quebec Superior Court will hear its application for bankruptcy protection on Tuesday.

If the application is granted, the company said it will also seek bankruptcy protection in the United States.

“For the past 36 years, Cirque du Soleil has been a highly successful and profitable organization. However, with zero revenues since the forced closure of all of our shows due to COVID-19, management had to act decisively to protect the company’s future,” Lamarre said in the statement.

Following the March layoffs, Lamarre said the job cuts, which he called temporary, were necessary to stabilize the company’s future in light of current measures being taken around the world to fight the spread of COVID-19.

In an interview with the Montreal Gazette’s Brendan Kelly, Lamarre rejected arguments that the company was already precariously overextended financially prior to the COVID-19 crisis.

“We were in a growing mode, and under normal circumstances my view is that probably in six months to a year from now we would have been worth more than (what the Cirque was worth when Guy Laliberté sold the company for $1.5 billion in 2015),” Lamarre told Kelly.

“We were optimizing our portfolio of shows. We had a huge axis of development. … Nobody could predict what is happening now.”

Adding to the drama, the proffered Quebec government lifeline came just two days after founder Laliberté told a province-wide television audience he wanted to buy back the struggling company.

It is Laliberté who is generally credited with turning the troupe into a live entertainment juggernaut, but he’s been gone for a while. 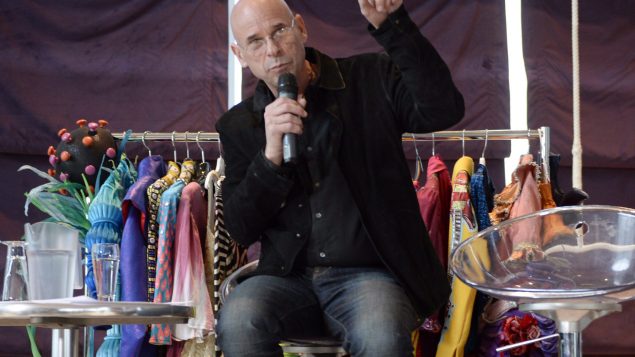 Cirque du Soleil founder Guy Laliberté speaks at a news conference in Montreal Monday, April 20, 2015. Three months after selling his final stake in the company earlier this year, Laliberté said he was considering the possibility of getting involved in the rescue of the entertainment company that’s been greatly weakened by the COVID-19 global pandemic. (THE CANADIAN PRESS/Ryan Remiorz)

He sold his controlling stake in the company for an estimated $1.5 billion in 2015 and repaired a private island in French Polynesia, where he was later charged with the cultivation, possession and use of cannabis.

This past February, he sold his final financial piece.

In the fall of 2009, he became Canada’s first space tourist when he bought a $35-million US ticket to the International Space Station, saying afterward it had “been worth every penny — and more.”

For the moment, Laliberte, like his circus, remains earthbound.