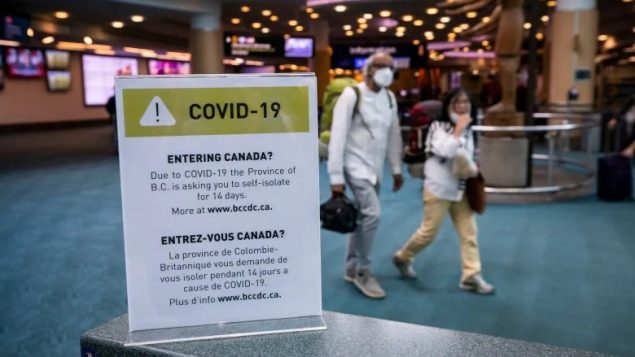 The federal government is extending strict quarantine rules requiring travellers to isolate for 14 days upon their arrival in Canada for at least another month.

The order, which was set to expire tonight, “has been extended until July 31 for public health reasons,” Rebecca Purdy, spokesperson for the Canada Border Services Agency, said in a statement to CBC News.

Canada’s sweeping travel ban bars entry to all travellers who are not Canadian citizens or permanent residents, or Americans travelling for reasons deemed essential.

Tuesday’s decision by Ottawa to continue the ban on foreign nationals from entering Canada comes as the European Union agreed to allow some tourists to enter the EU beginning tomorrow.

Canada is among the 15 countries on the EU’s so-called “safe” list.

The federal government first introduced strict mandatory quarantine rules for returning Canadians on March 25 under an Order in Council that was due to expire at 11:59 p.m. ET Tuesday.

Under the original orders, all returning Canadians were told they had to self-isolate for 14 days and that they were forbidden to stop along the way home.

Once isolated, the traveller was required to report the development of any COVID-19 symptoms to public health officials.

At the time, Health Minister Patty Hajdu said no one would be permitted to quarantine anywhere they could come into contact with vulnerable people. A person who normally lives with an elderly person or someone with a compromised immune system, for example, would have to quarantine elsewhere.

In April, the quarantine rules were strengthened and Canadians returning home from abroad who didn’t have credible plans to self-isolate were required to stay at a quarantine facility. Those broadened measures were also set to expire today.

Meanwhile, after weeks of debate in Quebec about making wearing masks mandatory in more and more places— particularly in situations where the two-metre distancing rule is difficult such as on buses and the métro, Premier François Legault and his director of public health, Horacio Arruda, announced today that wearing masks will soon become mandatory on public transit across the province.

The provincial government gave the public two weeks to prepare for the new rules. It is not expected to extend the mask requirement to stores and businesses. 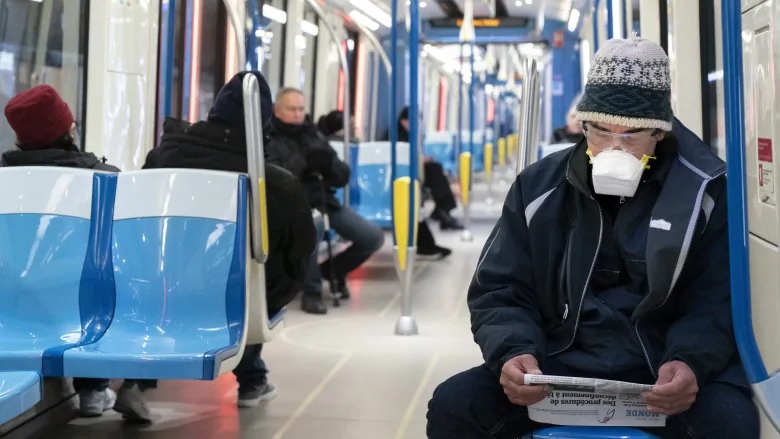 Premier François Legault is expected to make the announcement Tuesday that masks will become mandatory on Quebec’s public transportation networks, including the Montreal Metro (above). (THE CANADIAN PRESS/Paul Chiasson)

The mandatory mask order applies to everyone over 12 and mask are “strongly recommended” for children aged two to 12.

There will be no fines, Legault said, but access to public transit will be denied to those not wearing masks.

For busineses, Legault said mask-wearing is still “strongly encouraged” but said “for the moment” it is not mandatory,

Authorities have been trying for weeks–to little avail–to make face coverings a social norm across the province — especially in Montreal which is considered the epicentre of Canada’s COVID-19 crisis.

Côte Saint-Luc, Que., a city on the island of Montreal, already requires masks in stores and enforcement is slated to start next month.

The Public Health Agency of Canada recommends wearing a non-medical mask or face covering in public places, especially crowded ones, when physical distancing — keeping a distance of two metres from other people — isn’t possible to do consistently and mandatory mask laws continue to expand in many parts of the country.

As the CBC’s Isaac Olson reports, Transport Canada made masks mandatory for air passengers starting in April and some transit agencies in Ontario have announced that masks will be mandatory on buses, streetcars and trains, including Ottawa, Toronto, Hamilton and Guelph.