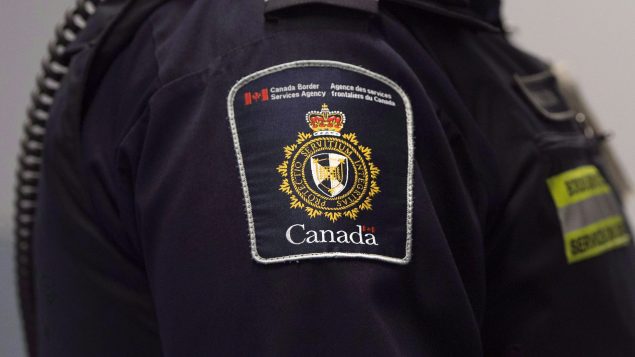 A Canadian Border Services agent stands watch at Pearson International Airport in Toronto on Tuesday, Dec. 8, 2015. A report by Auditor General Karen Hogan and her staff found that the agency has lost track of 34,700 individuals it was supposed to deport from Canada. (Darren Calabrese/THE CANADIAN PRESS)

Canada’s border agency has lost track of tens of thousands of foreign nationals it was supposed to deport from the country, according to a scathing new report from the federal auditor general.

“We concluded that the Canada Border Services Agency did not remove the majority of individuals who were subject to enforceable removal orders as soon as possible to protect the integrity of the immigration system and maintain public safety,” says the report released to Parliament on Wednesday.

The border agency’s efforts were hindered by poor data quality and basic flaws in case management, resulting in avoidable delays for thousands of cases, the audit by Auditor General Karen Hogan and her staff  has found.

“For example, the audit found that CBSA was unaware that it should have been monitoring 1,500 removal orders for enforcement,” the audit found. “A further 2,300 orders were delayed because of the poor flow of information between IRCC and CBSA.”

The CBSA also had thousands of files that were left untouched for years, with some being high priority removals, the audit said.

The border agency had also lost track of 34,700 individuals and was not conducting the regular follow-ups to locate them, meaning CBSA officials failed to open their files at least every three years, or once a year for people with criminal histories, the audit said.

“Without a reliable inventory of removal orders, the agency could not effectively prioritize removals according to risk and complexity. We also found cases in which the agency was unaware that removal orders had been issued,” the report said.

“Many cases we examined were also stalled because officers had done little to overcome impediments like missing travel documents.”

In addition to improving its removals strategy, the border agency will enhance the way it tracks and triages cases to ensure priority ones are addressed quickly, Blair said in a statement.

“This includes continuing to implement a data integrity strategy to ensure that it can quickly identify the stages all cases are at so they can move forward in a timely fashion.”

The border agency is taking steps to locate foreign nationals whose whereabouts are unknown by completing a review of all outstanding cases, prioritizing criminal cases and focusing investigations on the most serious ones, Blair added.

Finally, the agency will develop an “incentive program” to increase voluntary compliance, he said.