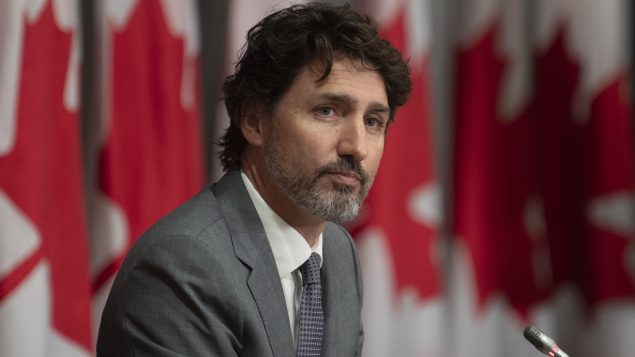 Trudeau ‘concerned’ with U.S. threat of tariffs on Canadian aluminum and steel

Prime Minister Justin Trudeau said Wednesday he is concerned about reports that Washington is considering reimposing tariffs not only on Canadian aluminum but also possibly steel just as Canada, the United States and Mexico are celebrating the launch of a new free trade deal.

Speaking to reporters in Ottawa, Trudeau said he looks forward to congratulating U.S. President Donald Trump on the coming into force of the United States-Mexico-Canada Accord (USMCA), also known as CUSMA in Canada.

“I think it’s really important that at a time of economic strain and stress we continue to have access to the world’s most important market and this is good for Canadian workers and Canadian jobs right across the country,” Trudeau said.

“At the same time we are concerned about the threat of extra tariffs on aluminum and possibly steel. This is something that again is a little difficult to understand because the United States relies heavily on imports of Canadian aluminum, in particular, for their domestic manufacturing capacity.”

Trudeau said the U.S. doesn’t produce nearly enough aluminum to be able to cover its needs.

Canadian officials are “continuing to push very hard on encouraging the U.S. not to move forward on tariffs” that don’t have any justification and will have a negative impact, Trudeau said.

The U. S. imposed tariffs on Canadian and Mexican steel and aluminum imports in 2018 but removed them last year.

‘We’re operating at much reduced capacity’

Catherine Cobden, a spokesperson for the Canadian Steel Producers Association, said they had heard some conflicting reports about the possibility of new tariffs being reimposed by Washington.

“I can’t confirm whether or not steel is part of what the U.S. is considering,” Cobden told Radio Canada International. “What I can tell you though is there is absolutely no need for tariffs, especially now when we signed the USMCA, which is a very strong agreement for North American steel producers.”

Under the agreement reached by Washington and Ottawa a tariff threat should come after a surge in exports, Cobden said.

“And in fact, Canadian steel producers have not been surging into the U.S. at all, our shipments, as you can imagine under COVID, they’re down about 45 per cent since the pandemic hit us,” Cobden said. “We’re operating at much reduced operating capacity on both sides of the border.”

The American Primary Aluminum Association (APAA), which represents two of the last three remaining primary producers in the United States, has argued that a “surge” of Canadian aluminum exports to the U.S. is threatening the viability of the domestic primary aluminum industry.

APAA CEO Mark Duffy has called on the Trump administration to reimpose the so-called Section 232 tariffs on Canadian aluminum on national security grounds “to save American jobs.”

Aluminum Association president and CEO Tom Dobbins has argued that the U.S. trade action should focus on Chinese overcapacity rather than Canadian exports.

In a report released Wednesday, the U.S.-based Competitive Enterprise Institute, a conservative think tank, urged the Trump administration to get rid of all tariffs.

“Tariff reform should have been a priority before the coronavirus hit, but now it’s even more urgent to lift trade barriers, in particular for health care supplies and treatments,” said in a statement Ryan Young, CEI senior fellow and author of the report.

“Tariffs were never needed in the first place, and they are causing harm during a potentially Depression-level economy. The time to act is now.”

Among other things, the report calls on Congress to “make big-picture, institution-level reforms to U.S. trade policy,” including repealing Section 232 of the Trade Expansion Act of 1962 and Sections 201 and 301 of the Trade Act of 1974 to “restore tax authority to the legislature and make trade policy less subject to presidential whim.”