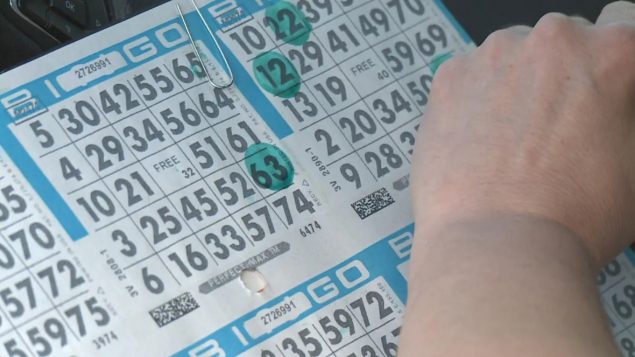 In spite of emergency health restrictions on gatherings in Ontario, Bingo daubers have found a way to get their fix, over car radios in parking lots ( Jacob Barker-CBC)

One of society’s biggest pastimes is bingo. Extremely popular, it gets very little media attention whether in church basements, various charity events, at county fairs, or big commercial operations, even though vast numbers of people participate regularly across the continent, and indeed in countries around the world.

COVID has put a stop to that though as people were not allowed to gather in groups. However, with a relaxation of restrictions people have found a way to begin using their bingo daubers/dabbers/markers are being put to use again.

Rather than sit down at inside events, currently prohibited under emergency health rules, they’ve taken an idea from drive-in movie operations, and begun holding events in parking lots. where people can sit in their personal cars, distanced from others.

In some cases the bingo caller inside announces the numbers over a localised low-power FM radio signal tuned in on car radios.

Winners are told to honk the horn and flash car lights and attendants come to check the cards.

In all cases participants are happy to be getting their bingo ‘fix’. although as one person told CBC, it’s not quite the same feeling or atmosphere or camaraderie, “ “You’re by yourself in a car, you got nobody yakking, making lots of noise, you know what I mean?”

In some provinces however,  such as Saskatchewan and Manitoba,  a relaxation of the health restrictions  have allowed bingo halls to reopen, so the enjoyment and excited atmosphere of being with others can return, albeit not in nearly the same proximity or number of participants as before due to some restrictions remaining. 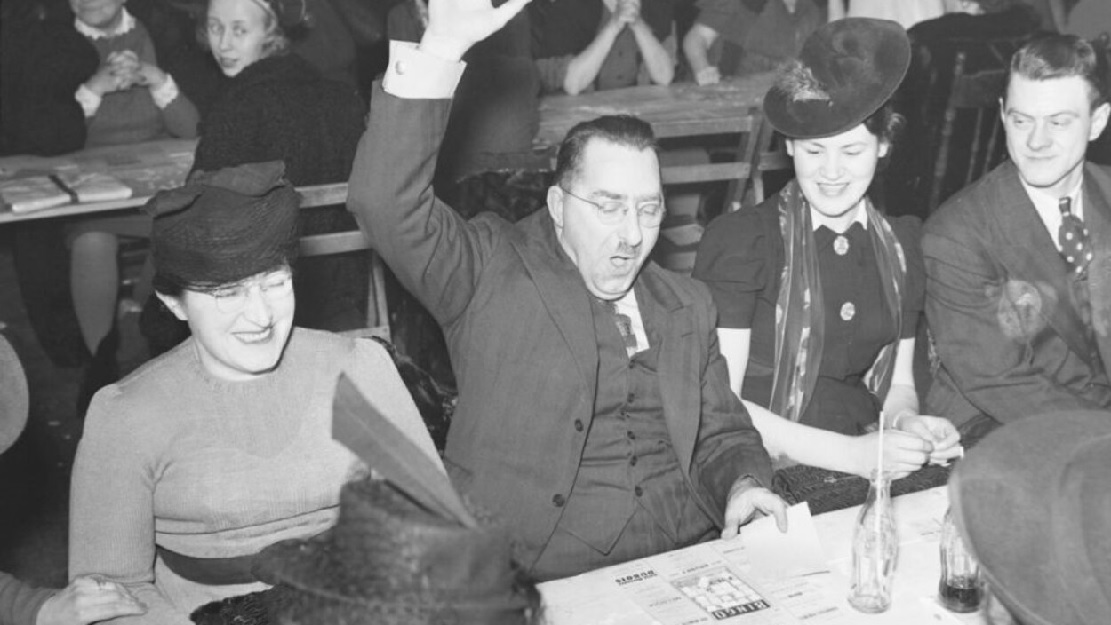 Bingo has a long history of popularity in Canada, as shown by this gathering in Montreal in 1941. Back then of course, you dressed well to go out to a public gathering (Conrad Poirier – Bilbliotheque et Archives Nationales du Quebec

The idea of parking lot bingo is not entirely new however, It’s  been going on in Sweden for example for many years as people adapted to big bingo halls closing down and seeking a cheaper alternative than maintaining expensive buildings.

For those who think its a soft gambling game for the elderly, a Decima research effort in 2008 found the majority of Bingo players were between age 26 to 65 with the largest group between age 36 to 45.