Quebec-based company i3 BioMedical Inc. has developed an antimicrobial coating for medical masks that deactivates 99 per cent of the SARS-CoV-2, which causes COVID-19, according to tests conducted by University of Toronto scientists. (Submitted by i3 BioMedical Inc.)

Canadian-made mask deactivates 99% of SARS-CoV-2 coronavirus, says U of T

A Quebec-based company has developed a special antimicrobial coating that can deactivate nearly all of the SARS-CoV-2 coronavirus – the virus that causes COVID-19 – on the outer surfaces of medical masks, according to University of Toronto scientists who tested the product.

The scientists, led by Professor Scott Gray-Owen of the department of molecular genetics in the Faculty of Medicine, tested the antimicrobial coating on the TrioMed Active Masks developed by i3 BioMedical Inc. at the faculty’s high-tech containment level three (CL3) lab.

The CL3 lab – the only one in Toronto and one of a handful in Canada – is designed to be able to safely handle infectious pathogens such as anthrax, tuberculosis and West Nile virus.

The researchers found that the TrioMed Active Mask’s antimicrobial coating deactivated more than 99 per cent of SARS-CoV-2 within minutes.

“We administered suspensions of the virus to the mask material, and then were not able to recover any infectious virus from the material after a matter of minutes,” Gray-Owen told Radio Canada International.

“Whereas if we apply the virus to the same mask material but without the TrioMed coating, we can recover infectious virus.”

The finding could represent a huge boon for health-care workers who are at risk of being contaminated with the virus by touching or adjusting their face masks, Gray-Owen said.

According to a 2014 study published in the American Journal of Infection Control, people touch their face 23 times per hour on average.

“People tend to be constantly adjusting their masks,” said Gray-Owen. 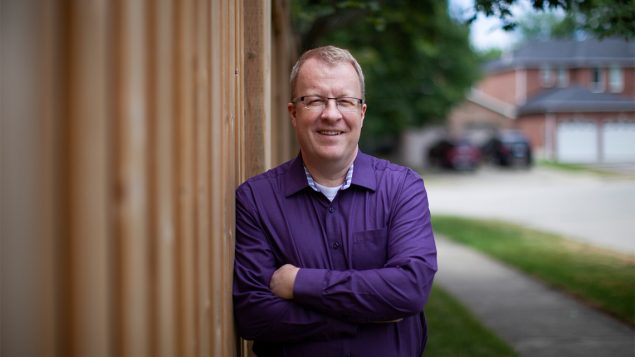 Gray-Owen said while the university’s CL3 lab is very much a research facility rather than a validation lab, researchers took on the i3 BioMedical testing project because of the potential of the antimicrobial coating product to contribute to curbing the spread of the virus, and the company’s stated desire to supply masks to the Canadian market.

The international scramble to procure personal protective equipment at all costs has demonstrated the necessity of having local capacity to produce such equipment, he said.

“I think it’s incredibly important – based on the nationalistic tendencies of countries around the world in the face of the pandemic – that i3 is based in Canada and the research and manufacturing by this company was done in Canada,” said Gray-Owen.

Pierre Jean Messier, founder and CEO of i3 Biomedical Inc., said the company has spent years and millions of dollars to develop the interactive antimicrobial technology.

“The TrioMed Active Mask is the first and only respiratory protection that is scientifically proven to deactivate the virus causing COVID-19, therefore drastically reducing the risk of contamination for the wearer,” Messier said.

The company’s products are used by the medical community around the world, he said. Tests by independent laboratories have shown that the antimicrobial coating is able to kill numerous microbes, including Methicillin-resistant Staphylococcus aureus (MRSA) and vancomycin-resistant Enterococci (VRE) and E-Coli, Messier said.

The coating has also been proven to deactivate viral pathogens including influenza and now SARS-CoV-2, Messier said.