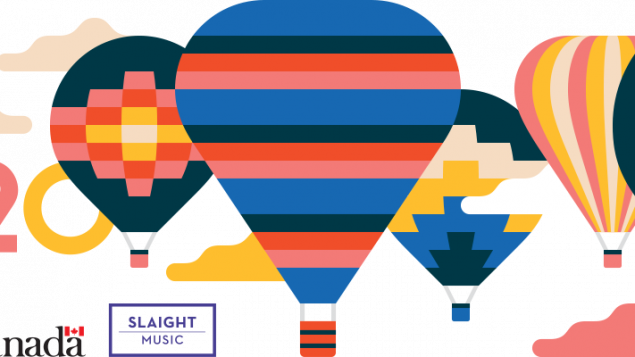 Two weeks ago, I was telling you about the 2020 digital edition of the Juno Awards, celebrating the most popular Canadian artists and singles of the year. This week, we are discovering another series of singers and songwriters that were handpicked by an independent jury of music journalists, broadcasters and bloggers from across Canada and are competing for the Polaris Music Prize.

The 10 albums shortlisted among 40 in the Long List were announced this past Wednesday during a CBC Music radio show. Looking closer at this selection, the pre-eminence of Toronto-based artists is noteworthy, and at the same time, the diversity of their backgrounds highlights how multicultural Canada is – at least, in the largest cities.

“Multiculturalism here is dope. (…)  I didn’t realize until I moved away that I was fortunate to live in a place where the norm was to be different.”Jessie Reyez

In this mosaic, one cannot help but notice the absence of francophones. Among the francophones selected for the long list of 40 albums announced last June were Louis-Jean Cormier, Chocolat or P’tit Belliveau. But they’re not in the race any more for the $50,000 cheque the winner will cash in this year. Let’s note that Cormier was the first francophone to win the prize in 2010 with his rock band Karkwa.

Even if they are based in Montreal, Kaytranada and Backxwash, who have respective origins in Haiti and Zambia, perform in English. Meanwhile, several selected songwriters express themselves in foreign languages, such as the all-women Philippine-band Pantayo or the Ethiopian/Eritrean singer Witch Prophet, while Lido Pimienta’s album is exclusively in Spanish. But no francophone artist was picked in the shortlist this year. In 2019, though, half of the contenders came from Quebec, and a couple of them were francophones.

Can a first-timer act win the prize?

Absolutely! Half of the selected albums are from newcomers, such as Backxwash or Witch Prophet, but the competition will be fierce, since three of the artists that have been nominated before have already won the prize: Caribou, Kaytranada and Lido Pimienta.

The Polaris jury tends to break the barriers, and the Best Canadian Album of the year will be selected “solely on artistic merit, without consideration for genre or record sales,” remind the organizers in a press release.

Be your own judge and listen to the 20 songs of the 2020 Polaris Music Prize playlist, featuring two tracks from each shortlisted album. But for now, let’s talk about the musicians themselves. I want to give some space for each album, so this week, we’ll talk about the first three artists, in alphabetical order. I’ll introduce the remaining albums over the coming weeks.

Polaris will be celebrating the Short List with a special cinematic tribute happening October 19 to be broadcast in Canada on the CBC Gem streaming service, CBC Music’s Facebook, Twitter and YouTube pages and around the globe at CBCMusic.ca/Polaris. The 2020 Polaris-winning album will be revealed live at the end of this event. 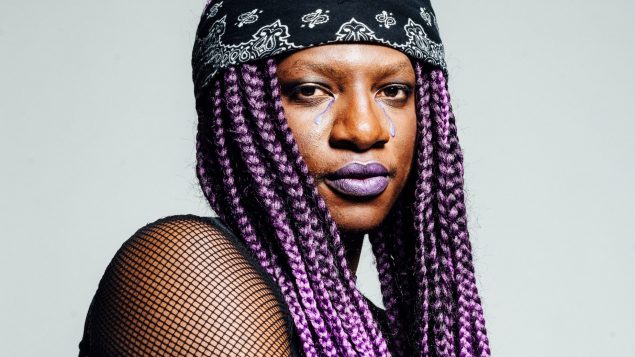 This is the first time this Black, trans artist has been selected for the Polaris shortlist, and this is an excellent thing. Most winners have taken the honour – and the cheque – at their very first nomination. Her self-produced debut album clearly expresses the urge of being heard, and critics have taken notice.

Born in Zambia as Ashanti Mutinta and as a man, Backxwash started rapping as a teenager in Lusaka before moving to Canada at age 17. Here, she studied computer science at the University of British Columbia (UBC) in Vancouver, and has also lived in Ottawa and Montreal, where the connexion with hip hop and rap emerged again.

Calling herself “a modern-day witch” who is usually “extremely mellow”, the Black, trans artist exhibits powerful inner rage in this first full-length album that reportedly deals with her family’s reaction to her gender transition in 2018. The dark, rebellious – one might even say revolutionary – tone of her album is inspired by metal rock, and mixes Black Sabbath with Led Zeppelin, religious chants, Eminem-like rapping, Zambian chants, mysticism and anger.

Electronica DJ, singer-songwriter Caribou – also known as Daphni – is definitely an “habitué” of Polaris Music Prize since its inception in 2006. He won the prize in 2008 with Andorra, and was twice shortlisted since then (for Swim in 2010 and  Our Love in 2015).

The seventh album of the Ontario-born DJ and mathematician Dan Snaith has been crafted for innumerous hours in his basement in London, UK, where his dance hit Can’t Do Without You was also composed.

His new electronic and house productions released in February have already been acclaimed by Rolling Stone, The Guardian and Billboard, which lauded his “Canadian congeniality”, and the straightforwardness of his fragile voice, seeking solace after recent turbulences in his personal life.

If you are into a good dancing tune, go for the poppy Never Come Back, but if you feel more introspective, then the last track, “Cloud Song” is the one for you.

“That song is saying, ‘Wake up. This is the reality of our existence, and we don’t have to be consumed by misery about it. We can still find joyousness.’ ” Dan Snaith, aka. Caribou, in an interview with Rolling Stones

A good friend and official DJ for singer-songwriter Jessie Reyez on her world tours, the Ontarian producer Junia-T is booming along with Toronto’s hip hop and R&B scene. He’s been busy working on his own craft for many years, and his first nomination at the Polaris Music Prize is a recognition of the quality achieved.

Defining himself as a “vintage, analogue guy”, Junia-T has this old school, relaxed sound that brings you back to the vinyl era, and reminds you that good things come with time. This album is also the result of great collaborations, which seems to be Junia-T’s special gift.

DJ Kaytranada was baptized Louis Kevin Celestin in Port-au-Prince some 28 years ago and  moved to Montreal as a child. He started DJing at age 14, and according to music critics, “it is no exaggeration to say that (he) has helped shape electronic music in the 2010s.”

His acclaimed debut album 99.9%  won the 2016 Polaris Music Prize, as well as the Electronic Album of the Year at the 2017 Juno Awards. But he was already out there, having opened in 2015 for Madonna’s Rebel Heart North American Tour and having remixed Janet Jackson.

Bubba’s 17-tracks feature multiple hip-hop’s buzzworthy artists, and Kaytranada confirms his unique blend of neo-soul, hip-hop, and his funky dance music style, reportedly one of the best clubbing dance albums of the decade. “Bubba sounds like the hazy, dream-like moments before last call; the club is packed and everyone is transfixed in a sort of effortless, collective rhythm,” according to NPR.

The Montreal DJ is so deeply committed to keeping a groove going that even a tune about securing one’s finances (“10%,” on which the Colombian-American singer Kali Uchis manages to find a rhyme for “residuals”) can’t kill the vibe.

From Edmonton, Alberta, is the Indigenous trio “nêhiyawak” (meaning “the Cree people” in Cree language) formed by Kris Harper (vocals, guitars), Marek Tyler (drums), and Matthew Cardinal (synths, bass). This is their debut album – and a first-time participation in the Polaris Music Prize – along more traditional lines of Canadiana rock, infused with traditional storytelling and contemporary sound.

Inspired by the Idle No More movement calling on people to join a peaceful revolution, vocalist Kris Harper says “nipiy is for those who don’t seem to fit in for myriads of reasons. To inspire others to use their voice and to send messages to future generations.”

The album’s title “nipiy” (meaning “water” in Cree) is dedicated to “the life-giving force of water”, in particular the North Saskatchewan River. The music itself is a powerful blend of classic rock, ambient sounds that evoke natural elements, excellent arrangements, beautiful vocals, powwow beats on traditional Indegenous drums, but also a surprise: the TONTO synthesizer used in the 70s by Stevie Wonder on his classic ‘Superstition’ track.

The album’s first single “ôtênaw” (“city”) questions our individual responsibility lost in the collective, anonymous “they” of large cities: “We have among us some gentle hands/ We also have some others harder to understand/ That’s why ‘they’ was made, no you cannot pretend/ While wasting one another in the name of new land.”

Like Polaris jury foreperson Melissa Vincent said while announcing the happy shortlisted artists on July 15, “Canadian music has a vast and vibrant spectrum, and this year’s Short List features a blend of exciting emerging voices and celebrated Polaris Prize winners.”

Today, you read about half of them, but soon in the Safe&Sound section, you’ll be able to read about Pantayo, Lido Pimienta, Jessie Reyez, U.S Girls, and Witch Prophet. That is, an all-women feast of music, ladies and gents!

Until then, stay safe… and sound!