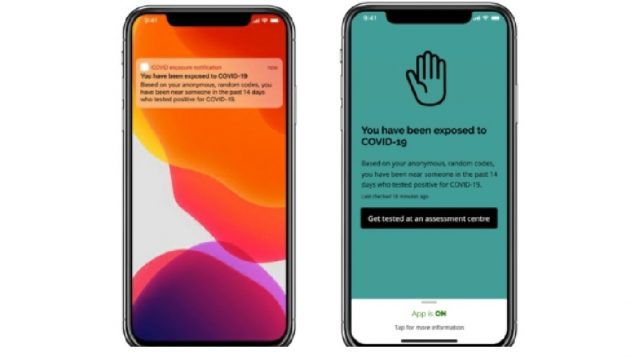 Under development for months, a national COVID tracking smartphone app was supposed to be rolled out starting in the province of Ontario at the beginning of this month.

Such applications are designed to warn phone owners if they’ve been in close contact with someone who’s tested positive for the virus so they too can be tested.

The July start never happened and there has been no explanation given by the government. However, the federal agency that puts government services online, the Canadian Digital Service, is now asking people to sign up for beta testing of the app.

A spokesman said 5,000 Canadians had already signed up by Thursday evening.  The beta tests are to work out any remaining flaws and get reviews from users.  The test will last only until Sunday.

Following  the app trial, Ontario health officials will be provided with digital “keys” to those who’ve tested positive . People near them can then be alerted they’ve been in contact with that person.

Authorities have said participation is voluntary,  all information is anonymous, and no long term records will be kept.

In April, as the idea of contact tracing apps was in development, experts in law, technology and epidemiology at the respected American think tank, the Brookings Institute, listed a number of reasons why the idea was not useful, including risks of abuse and disinformation, and a false sense of security.

In spite of government assurances about privacy, there are concerns. In an email to RCI in June, the non-profit Canadian Civil Liberties Association (CCLA) wrote, “Much has been made of the privacy protections built into the app, but we mustn’t lose sight of the reality that being asked by the state to allow our contacts with others to be traced preemptively is a significant, unprecedented ask. And what we know generally about surveillance technologies and systems is that once we have them, they are very hard to get rid of, and they often have effects far beyond privacy”

Another non-profit advocacy group, the Justice Centre for Consitutional Freedoms (JCCF) wrote, “Canadians ought to be alarmed at the mounting opportunistic breaches of their constitutional rights by Federal and provincial governments. No app is “completely anonymous” – how do you think it is logging whether you come in contact with someone who has or did have COVID-19?”.

The CCLA also points to studies saying such apps not been demonstrated to be effective “anywhere else in the world” in controlling spread of the virus.

Others had also expressed concern,  In May when such apps were being discussed, Christopher Parsons, a senior research associate at Citizen Lab, part of the Munk School of Global Affairs and Policy at the University of Toronto said, “When we develop these sorts of tools or applications, we’re entering into a totally new class or form of surveillance. We’ve never had that level of surveillance in this country.”

As for how effective such apps are, in several countries with such apps participation has been low, greatly limiting any theoretical effectiveness at tracking and limiting the virus spread. As an example, an official in Iceland where a tracking app had been introduced in April stopped short of calling it “useless’, by June  but said it had not been a ‘game changer’.

Both Prime Minister Justin Trudeau, and Ontario Premier Doug Ford have been urging people to download the app once it becomes available.