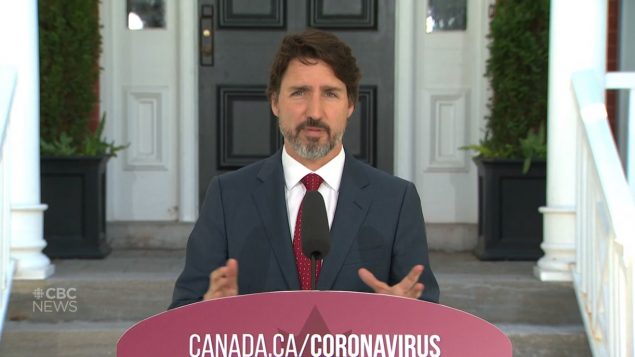 Prime Minister Justin Trudeau explains the tracing app to be released in July starting in Ontario. ( via CBC)

Yesterday Prime Minister Justin Trudeau announced that a national cellphone app will be available to track people who’ve tested positive for the virus and warn others of a potential risk.

Using Bluetooth code between phones, it will then alert others nearby who’ve also downloaded the app, depending on the proximity and duration of the contact.

If the contact is deemed to be risky, the secondary person is then notified on their phone with advice on what health steps to take regarding  their exposure. Once you are tested positive and have uploaded the software, other phones logged by yours in the past 14 days will then also receive a notification about the potential risk

In announcing the app Trudeau said, “it’s something you can download and forget about”.

The app will be available first in Canada’s most populous province, Ontario, as of July 2. and downloading it will be voluntary although the issue of tracking apps has always aroused concerns over privacy.

Trudeau said the federal privacy commissioner was involved and worked on the app, but later Daniel Therrien’s office said it needs more information about the app and “we have not provided our recommendations to the government”. 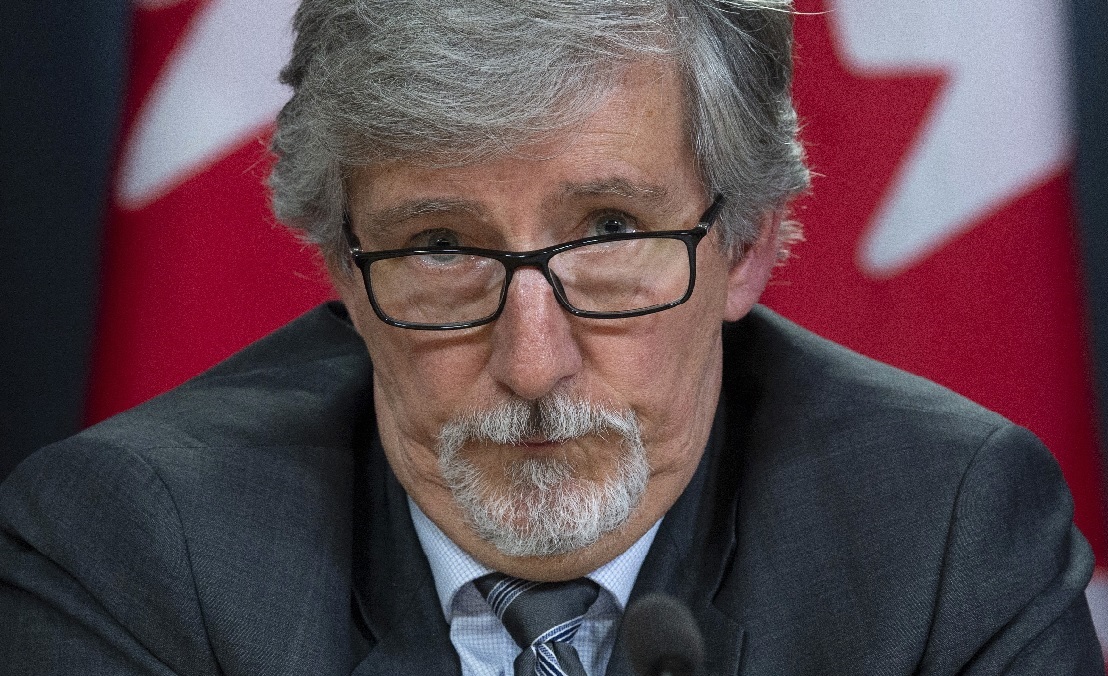 Privacy Commissioner Daniel Therrien syas he’s waiting for more information about the app. before he can make recommendations (Adrian Wyld The Canadian Press)

The non-profit Canadian Civil Liberties Association (CCLA) has also expressed concerns in an email to RCI, “Much has been made of the privacy protections built into the app, but we mustn’t lose sight of the reality that being asked by the state to allow our contacts with others to be traced pre-emptively is a significant, unprecedented ask. And what we know generally about surveillance technologies and systems is that once we have them, they are very hard to get rid of, and they often have effects far beyond privacy. They involve trusting that the information will be kept secure and never be used for anything else”, adding, “ there’s a real question to be asked about whether an app can be sufficiently helpful to justify any privacy intrusions. They simply have not been demonstrated to be effective anywhere else in the world”

Iceland’s version was released in April and had a 38 per cent uptake but a police detective overseeing the contact tracing effort there was quoted in the MIT Technology Review saying, “The technology is more or less … I wouldn’t say useless, (..). I would say it [Rakning] has proven useful in a few cases, but it wasn’t a game changer for us”.

Such apps have been in use elsewhere but a recent report by Amnesty International said those in use in Norway, Kuwait, and Bahrain involved highly invasive surveillance tools which go far beyond what is justified in efforts to tackle COVID-19. Norway paused use of its app after receiving the report from Amnesty. The report looked at 11 such apps including those in use by France, Iceland, Israel, the UAE, Qatar and Tunisia, rating them in terms of human rights protections and listed them between bad to dangerous.

The non-profit legal advocacy group Justice Centre for Constitutional Freedoms (JCCF) also wrote saying, “Canadians ought to be alarmed at the mounting opportunistic breaches of their constitutional rights by Federal and provincial governments. No app is “completely anonymous” – how do you think it is logging whether you come in contact with someone who has or did have COVID-19? That data exists somewhere, and it is susceptible to abuse by government and hacking by third party entities”.

Avira, a computer security software company, published a survey this week that showed some 71% of Americans would not download such an app if it were available there

With the planned introduction in July, Ontario officials expect more ‘close contacts’ as the province slowly emerges from lockdown and is now increasing the number of people working on contact tracking. There will now be close to 4.000 tracers, with almost half (1,700) from the federal agency Statistics Canada. 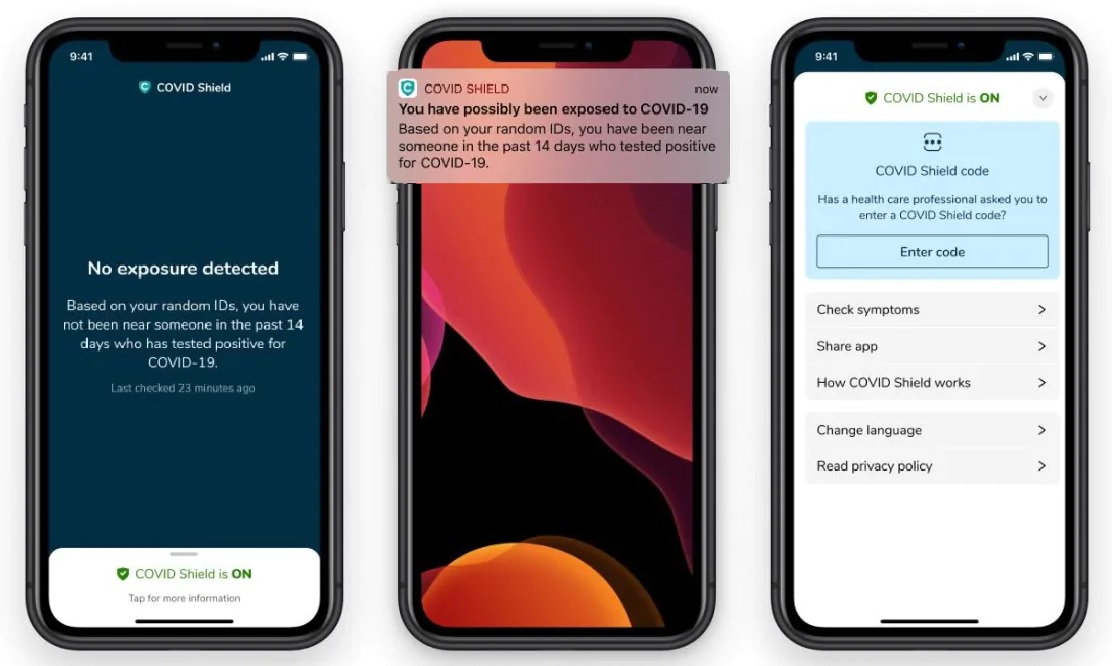 The government has insisted that data is anonymous, and respectful of privacy with no geolocation or geotagging and that data will be deleted after two weeks.

Prime minister Trudeau is also hoping for significant uptake, “But it’s certain that if we can talk about a 50 per cent uptake, for example, or more, then it becomes extraordinarily useful”. 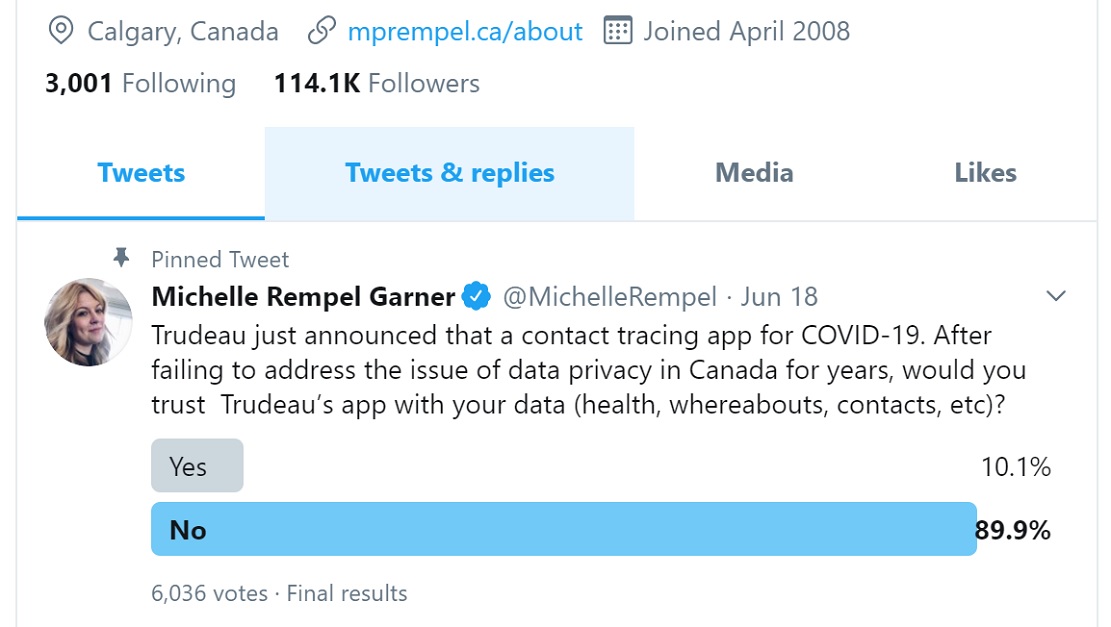 Teresa Scassa, the Canada research chair in information law and policy at the University of Ottawa, is quoted in the CBC saying the uptake has been low wherever these apps have become available adding, ” I’m not convinced that this is going to be a success and I think the important thing to remember is that contact tracing apps have now been launched in many different countries and it’s not clear that they’ve been a success anywhere that they’ve been launched”.

Several groups have been involved in the development including Ontario Digital Service, a provincial government department which customized the source code from Shopify’s development of ‘Covid-Shield’  and software technology from a rare collaboration between Amazon and Google.  Blackberry will also perform a security review.