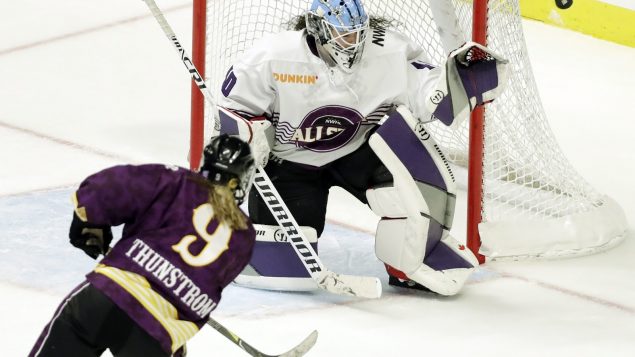 The National Women’s Hockey League (NWHL) announced on Wednesday that the start of their regular season has been delayed from mid-November to January 2021.

According to the press release, all six of the NWHL’s teams will each play a full 20 game season and the Isobel Cup playoffs are expected to finish by the end of March. The NWHL also wants to hold its annual All-Star Game, but not until the playoffs are completed.

The NWHL said that its teams and players can hold optional on ice practices and off ice training sessions starting on the week of Sept. 21, and formal practices can begin on the week of Oct. 19.

The league also said that their plans regarding their in-season medical protocols, ticket availability and arena capacity for fans will be made before the season starts.

“In every step, decisions will be guided by the science and at the direction of doctors,” the NWHL said in a statement.

Due to the COVID-19 pandemic, the NWHL was unable to complete their last season and were forced to cancel their championship game.

With the delayed start, the NWHL’s Canadian expansion team, the Toronto Six,  will have to wait a little longer before they start their inaugural season.

In April 2020, the NWHL announced that Toronto was going to be the first Canadian welcomed to the league, and the team would debut at the start of the 2020-2021 season. The team then unveiled their name, logo, and team colours in May.