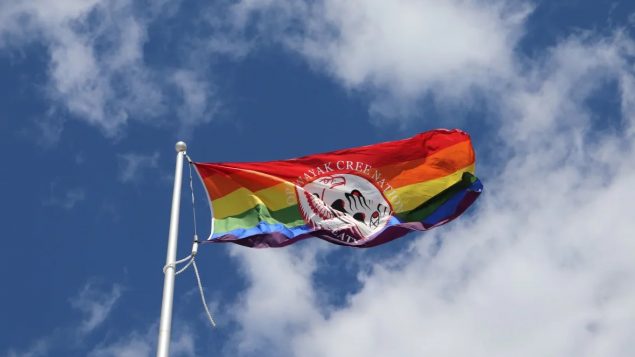 On Monday, members of Opaskwayak Cree Nation raised their Pride Flag with the nation's logo printed on it for the first time. On Wednesday, Chief Christian Sinclair told a news conference the band had taken steps to develop the law to take charge of their children in care. (Submitted by Tiar Wheatle)

In what could be the first of many similar announcements by Indigenous groups in Canada, a Manitoba First Nation that wants to create its own child welfare system says it is moving forward with its plan.

Christian Sinclair, chief of Opaskwayak Cree Nation, told a news conference on Wednesday the First Nation has retained a Winnipeg law firm and that it will consult with members in the coming months to develop the law to take charge of their children in care.

There are about 130 Opaskwayak on-reserve children in care and roughly 65 off reserve, some 520 kilometres northwest if Winnipeg.

“The imposition of federal and provincial laws on Opaskwayak children and families has not worked for us,” Sinclair said. 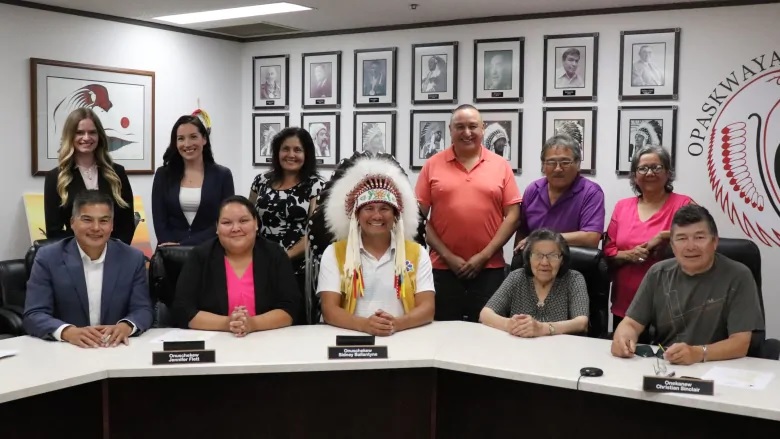 (Sinclair’s announcement was the second major event of what is a very eventful week at the First Nation. On Monday, the OCN raised its own Pride flag for the first time as the chief is encouraged other First Nations to do the same.)

The OCN, it would appear, is not the only tribe considering the change.

Indigenous Services Canada said last month that the department had received letters or documents from 24 Indigenous communities across the country requesting jurisdiction or showing interest in moving in that direction.

The upswing of requests and inquiries comes in the wake of new law, Bill C-92, passed in June of last year–that took effect in January.

It includes a massive overhaul of Indigenous child welfare across the country, but some First Nations leaders are not happy with it.

They say it is missing key pieces to protect children. 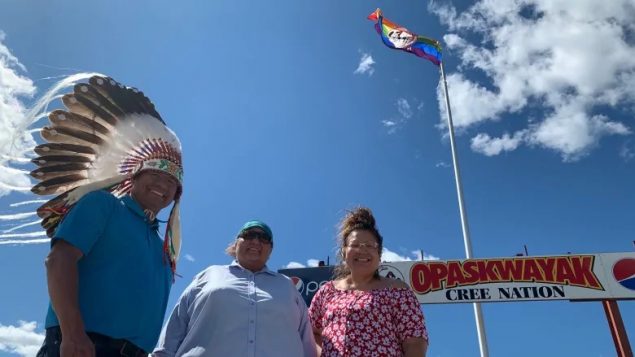 They are also not pleased that Indigenous groups must give notice of their intent to exercise jurisdiction or request a tripartite coordination agreement with the federal and provincial governments.

“It doesn’t matter what the province thinks or the feds. Everything that they’ve ever tried to do or impose or implement on us has never worked, and it never will because it misses the spirit and intents of how we approach things as a nation,” Sinclair said.

Sinclair said his community will develop what’s called Wahkohtowin law, based on their own laws as Ininewak people. It will focus on prevention as well as rebuilding and maintaining healthy families.

No funding is attached to the legislation

However, the federal government signed an agreement with the Assembly of First Nations earlier this month to establish a “joint fiscal table.”

“Whatever the cost was going to be we are fully prepared to do it because we are talking about nationhood, the well-being of our nation,” Sinclair said. 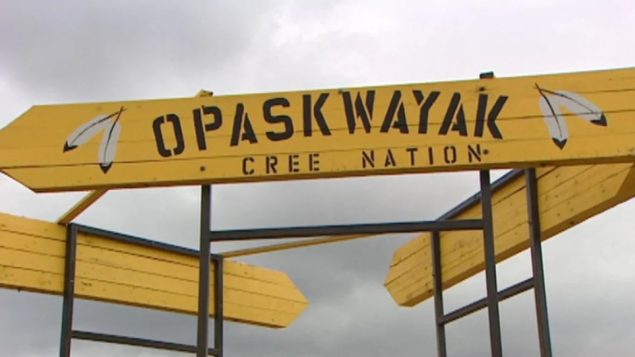 The band says there are about 130 Opaskwayak on-reserve children in care and roughly 65 off reserve. (CBC)

The final draft of Opaskwayak’s child welfare law is expected to be completed in October.

The community then plans to give notice to the federal government to enter into a “Coordination Agreement” that would ensure that financial arrangements are in place to implement it in a year.

Less than 10 per cent of all Canadian children are Indigenous, but they account for more than half of all children in foster care.

There are about 10,000 children in care in Manitoba.

About 90 per cent are Indigenous.